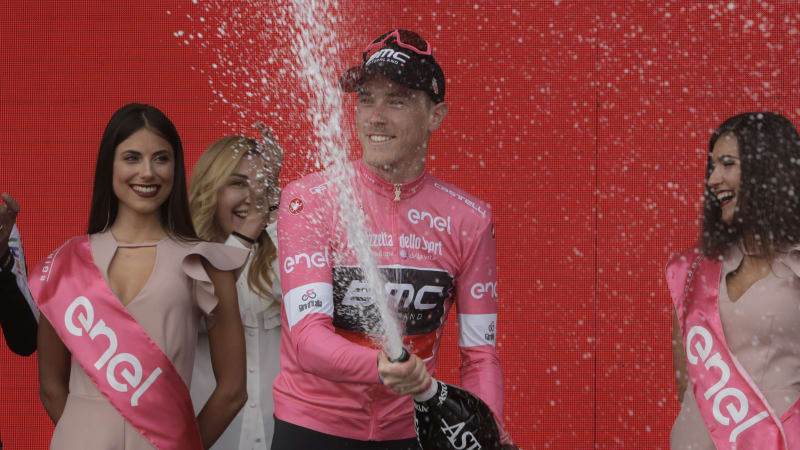 Dennis was no match, however, for Elia Viviani, of Quick-Step Floors, who sealed his second consecutive stage win in the bunch sprint finish.

Sam Bennett, of Bora-Hansgrohe, was in the lead with a kilometre to go but Viviani showcased his impressive power once again to close in on the Irishman before the final corner.

Viviani, who won the second stage after a similar comeback on Saturday, finished ahead of Sacha Modolo (Cannondale-Drapac), with Bennett settling for third.

Israel Cycling Academy's Guillaume Boivin was cheered on by the home crowd as the Canadian, along with Marco Frapporti (Androni Giocattoli-Sidermec) and Enrico Barbin (Bardiani-CSF), led the race from the start.

The trio were swept up by the peloton in the closing stages and finished well behind the top 10 in the last stage to be held in Israel.

Barbin retained the blue jersey after he was second-fastest to reach the summit of this stage's Cat 4 climb.

Blood of a fighter: Josh Addo-Carr on his inspiring grandfather