THE life of Brian OFlaherty, his adventures in journalism and his devotion to his wife and daughters were celebrated on Thursday as friends, family and colleagues gathered in Dubbo to pay tribute to the late editor of The Daily Liberal.

The service at St Andrews Chapel heard the heartfelt memories of those closest to him, including daughters Liv and Toni, as well as stories from colleagues remembering his crusading work as a journalist and editor in South Africa, Papua New Guinea and Fiji.

A LIFE WELL-LIVED: A newspaper man to the end, Daily Liberal Editor Brian O'Flaherty's incredible life was celebrated on Thursday.

“Dad was our narrator and now Im lost for words,” daughter Liv OFlaherty said. “I suppose it is because he was the person that provided me with so many of them.”

With his wife of 27 years Adrienne, Mr OFlaherty was devoted to their familys well-being and happiness.

“He was supportive, hard-working, fiercely protective and educative,” Liv said.

Toni OFlaherty said her father was a “kind and unassuming soul” with an inspiring passion for journalism.

“With an impressive career not short of plot twists we are endlessly proud,” she said.

“Just recently we joked that you could hardly call yourself a journo if you hadnt been convicted of contempt of court while working in a military dictatorship.”

Former colleague Tony Rhead recalled that when Mr OFlaherty was appointed editor of The Daily Liberal in 2012 his reputation as the publisher who had earned the wrath of the Fiji judiciary preceded him.

“I expected to meet a loud, robust, perhaps combative editor,” Mr Rhead said. “What I found of course was a quietly spoken, often laconic man” with a sense of humour “as dry as a biscuit”.

How The Daily Liberal reported the death of its editor this month.

Mr OFlaherty went on to champion and sometimes challenge the Dubbo community through the pages of The Daily Liberal.

“He chose a career where you can make a difference: you can change lives with sweeping dramatic stories but also in the simple act of chronicling the events that mark our everyday lives,” Mr Rhead said. “Brian did this for people in this community and in others, and many people will be forever grateful for that.”

In a tribute read to the gathering, Wellington Times journalist Elouise Hawkey said she cherished her bosss dry sense of humour which “would often only be noticed once he snickered to himself”.

“Brian was benevolent, dedicated and a polished example of everything an editor should be,” she said. “We are richer for having worked with such a knowledgeable man.”

In an audio message, friend of 40 years Paul Bell recounted his younger days working with Mr OFlaherty as a journalist at the Rand Daily Mail in South Africa in the 1970s and 1980s.

“The Bobsey twins . . . thats what they called us in the newsroom … where we learned about life, and news, and whisky in polystyrene cups,” Mr Bell said. “Always two cups, one lining the other so the booze didnt weep out the sides.

“We were the deputies, the young lions, the Dobermans. But your bark was always worse than your bite. People loved you. You were calm, clear, firm but always gentle and good humoured.”

The trip of a lifetime awaits young players 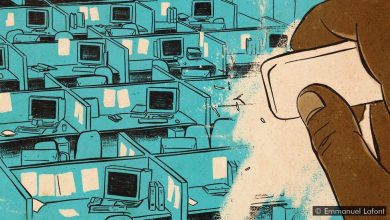 HALTs spreading the word about mental health within the tradie community