German music companies have decided to abolish the prestigious Echo Awards after a rapper duo won the award despite being accused of singing anti-Semitic lyrics. The scandal has prompted many musicians to return their awards.

"There will be no more 'Echo' [awards]," a statement published on the event's official website says, adding that the German Federal Association of the Music Industry (BVMI) decided to completely eliminate it, as "the image of the Echo brand has been so severely damaged that the music awards now requires a … fresh start." It also says that criteria for the awards nomination would be "completely changed."

The music awards should "by no means" be seen as a "platform for anti-Semitism, sexism, homophobia or downplaying of violence," the statement adds. It also said that the BVMI would hold a "workshop" in June to develop a completely new concept for a music award.

The scandal that prompted the BVMI to take such radical action began when the rappers known as Kollegah and Farid Bang were nominated for the Echo Award in the category 'best hip-hop/urban album.' The album in question, "Jung, Brutal, Gutaussehend 3" ("Young, brutal, handsome 3"), was widely criticized for containing tracks with lyrics considered to be anti-Semitic. Some tracks, in particular, had lines such as "my body is more defined than those of the Auschwitz inmates" and "I'm doing another Holocaust, coming with a Molotov."

These facts, however, did not prevent the rapper duo from winning the award, which, by coincidence, they received on April 12 – Holocaust Remembrance Day in Israel. This development immediately provoked a wave of indignation from many musicians. Campino, the lead singer of veteran German punk band Die Toten Hosen, lashed out at the rappers' victory during the Echo Awards ceremony, receiving a standing ovation from the audience. 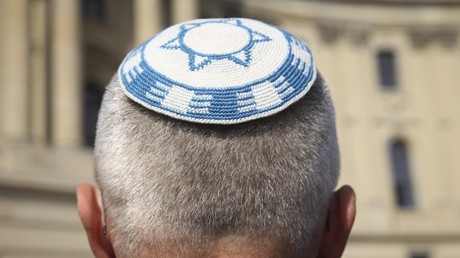 Conductor Enoch zu Guttenberg and Andreas Reiner, a violinist with the KlangVerwaltung Orchestra, then wrote an open letter to the BVMI, in which they called the latest award ceremony a "shame." Many prominent figures in the music industry, including musician, producer and designer of artwork for the Beatles, Klaus Voormann, pianist Igor Levit and German rock star Marius Mueller-Westernhagen, returned their Echo awards in protest.

Daniel Barenboim, a Jewish star conductor and the general music director of the Berlin State Opera, who also returned his Echo awards, denounced the BVMI decision. He also lashed out at the lyrics of the rappers by saying that it was an "abuse" of the freedom of expression.

Even some people not directly linked to the music industry criticized the BVMI decision. Airbus CEO Tom Enders said that it "hurts Germany's international reputation," while Mathias Doepfner, the CEO of the Axel Springer publishing house that controls the German Bild and Die Welt dailies, criticized it in an opinion piece for Die Welt.

The scandal around the music awards occurred at a time when the issue of anti-Semitism came into focus in Germany once again. On April 16, Adam Armush, an Israeli Arab, and his friend were attacked in Berlin, apparently because Armush was wearing a kippah – a traditional Jewish head garment. In response, both local Jews and non-Jews staged a protest dubbed "Berlin wears a kippah," which was supported in other cities. On April 23, German Chancellor Angela Merkel admitted that her country faces a new form anti-Semitism brought by refugees and people of Arab origin. Since 2015, more than a million migrants from predominantly Muslim countries have entered Germany, thanks to Merkel's open-door policy, during the Europe-wide refugee crisis. The influx caused a strong backlash and a rise in popularity of right-wing anti-immigration politicians.

Woman kidnapped niece, 13, then brought her to female pedophile who sexually abused her

Investigating insomnia: on living with sleeplessness