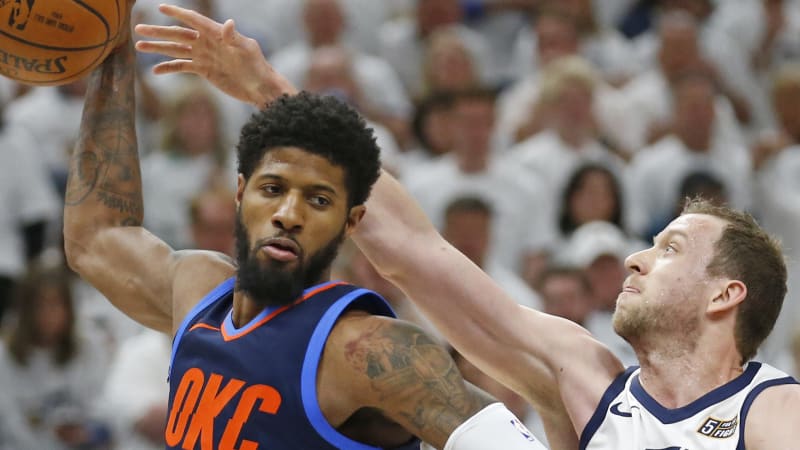 Ingles missed his first four three-pointers, but in a game-defining 90-second period late in the second quarter he hit three consecutive long bombs to give the Jazz a 58-52 half-time lead.
The Jazzs rookie star Donovan Mitchell top-scored for the Jazz with 33 points. George had 32 points and Westbrook 23 points.

The NBAs top seed, the Houston Rockets, are just one more win from eliminating the Minnesota Timberwolves. The Rockets blasted the Timberwolves 119-100 in Minneapolis to take a 3-1 lead in their first-round play-off series.

The Los Angeles Lakers achieved the one-quarter highest-scoring team record in 1962 with 51 points in the fourth quarter of a play-off loss to the Detroit Pistons.

Next it will be a crucial day for Australian NBA players Ben Simmons, Patty Mills, Matthew Dellavedova, Thon Maker and Aron Baynes. Simmons Philadelphia 76ers can eliminate the Miami Heat and move on to the second round with a win at home while Mills San Antonio Spurs will have their season extinguished if they lose to the Golden State Warriors in Oakland. The series between the Milwaukee Bucks, featuring Matthew Dellavedova and Thon Maker, and Baynes Boston Celtics hangs in the balance 2-2 with game five in Boston.