Its safe to say that the Korean-American singer/songwriter, Eric Nam, is having something of a career rebirth. Sat in a Seoul cafe on a sunny afternoon, the citys cherry blossom trees in full flower, the 29-year-old is remarkably candid and cheerily upbeat, despite being immersed in hectic preparations for his new EP (Honestly) and its singles, Honestly, and Potion, his first album in two years.

Working alongside some of the worlds finest producers, who have Bieber, Dua Lipa and Demi Lovato records under their belts, the singles are slices of beguiling, bass-heavy pop, and giant leaps away from the perky, sugary songs of his early career that were insisted upon by his former label.

Nam has regained control of his artistry in recent years. He now takes care of, he says, everything, as he returns to his primary focus: music. For although hes released two EPs, numerous singles and collaborations prior to his latest album, Nams profile had skyrocketed as a host of successful Korean entertainment shows, such as Section TV and After School Club, roles seemingly perfect for his natural ease in front of the cameras and dry wit.

Behind the scenes, however, was a different story, and Eric recounts the difficult path thats lead him to be the artist he is today, and make the Honestly EP, which dropped mid-April, the most effortless, accomplished work of his career.

Lets start with the new EP and its five tracks that are sleek and very of the moment. Tell me how youve come to reconfigure your sound.

I think its just me really finding my colours and not being afraid to embrace it. For the first four or five years I was in Korea, I took a lot of direction from my management and label in terms of what people want. I found myself trying to fit into that thing I never felt comfortable with because the critique I got was that I was too American, and too sophisticated and polished in terms of my musicality and it wont sell. So I was writing and taking songs I didnt feel were really mine, but I needed to do.

For the past year or two, I didnt really do a lot because I didnt want to put out another album where I didnt feel 100% comfortable or confident in it. K-Pop has also got to the point where [the likes of] BTS have taken on a lot more trendy or western influences, and its allowed the general Korean market to open their ears and go, hey this isnt that bad. So Ive been able to move into this new genre, which feels much more genuine to what I enjoy.

The collaborations youve done – with Korean rapper Loco, Russian DJ Arty, and K-hip hop legend Tablo and US singer Gallant – have felt like you were easing your way into this new sound and giving fans a chance to get used to it.

Every collaboration over the past two years has been a strategic one because I didnt want to come out with a song that people went, what the hell is this?! They were strictly international records, and thats where I had fun. When you take off the pressure of having to place at a certain number [on the Korean charts], it frees you up to do what you want creatively.

Talk me through some of the producers on this record, because youve worked with some really incredible people.

For the past two years, whenever I was Stateside I would stop in LA and throw myself into songwriting sessions, and thats where I started to pick up my skills. People began inviting me into these really cool sessions where I was like: “I dont know why I am with you guys – who have Grammys – and Im, like, just here hanging out, learning.” But it allowed me to make friends with these great people. Like on Potion, it has [duo producers] The Orphanage on it who work with Frank Ocean, Kehlani, Nick Jonas, and then Talay Riley, who has Dua Lipa, Usher, like, everybody. Brian Lee has Bieber, Camila, Gaga, it goes on and on.

Whats the song on this album that a) youre most proud of, and b) is most true to you?

Thats hard. I have 90 songs now stockpiled away and coming up with this album was hard because I think every song on this could have been a title song for me. There was one point in writing each that we were like, “this is the title song, lets do one more, oh wait, this is the title”. There were songs we took off because we feel like we were throwing them away [as B-sides]. On this album, the one that really moves me is Potion. It has that beat and energy Ive never had in a song. And Lose You is one of the most raw songs Ive ever done.

Having watched you on TV for several years, and knowing you were a singer, I wondered if you were happy – creatively – doing that.

No, I was not, I had a really hard time. The reason I got into TV was, obviously, for profile, but my previous company was in a bad spot and I felt I had to bring in money for them. But Korean isnt easy for me and I didnt pick it up very well, so to be on live TV constantly and not know what was going on, it was an anxiety attack every day. I would sit there thinking, why am I putting myself through this? I just want to do music. Since the Interview album, where I started doing more music with the TV [work], that kept me sane.

At this point in time, what kept you in Korea instead of returning to the USA?

I kept fighting because I felt like I hadnt given myself the right shot to do what I wanted. And I felt like others hadnt given me the opportunity either and the thought of giving up because of their stubbornness was infuriating. Ive seen too many people go out with a whimper. Its discouraging to see so many kids eaten up by the system and I want to help, but I dont know how to. My only way is to say, “ok, this is how I did it and I hope you guys can find this way too”.

If you could change one thing about the idol system, what would it be?

I want to say responsibility on the end of the companies, not that theyre doing a bad job, but as much as they are putting money into these kids, the kids are putting their entire lives and worth into your company. It happened to me too – like, they said, “well, we invested this much”, and I had to say “you got your money back, but I invested seven years where Ive had a hard time.” So they have to think what can we do to make sure these kids arent just healthy physically, but emotionally and psychologically?. Then also, how can we equip them with the skills and mindset to move being beyond an idol should it not work out or when idol life is over.

What do you want to achieve in this next phase of your career?

I want to position myself as a great singer/songwriter in Korea, then jump off that into different markets. South-east Asia, China, Japan – Ive done nothing even though I speak four languages – English, Korean, Spanish, and a little bit of Mandarin. We may have some more collaborations with some cool, interesting people, but theyre not confirmed yet so Im hesitant to tell you…. Theres also the 15-date US tour this June. The dream is to balance between [working in] Korea and the States.

How do you think youve changed as a person having faced so many challenges over the past seven years?

I think Ive become a lot more introverted in many ways. Its become hard for me to trust people and though Im the type to go, everybody is born good, you come to question that. But at the same time I have done a lot of maturing in how I frame things in my head. No matter what job or industry youre in, life is hard, but were all going through a difficult time and the best thing we can do is pick each other up and move on together.

Thats probably one of the, cheesy as it sounds, awakening moments Ive had. And Im more expressive with my feelings. In Korea, thats suppressed and people dont talk about emotions or mental health, and I have to be more vocal about it. Have discussions about it and be okay with these discussions.

It gave the band a higher profile: The Undertones were more than happy for One Direction to cover Teenage Kicks

Whoopi Goldberg Joins The Stand at CBS All Access 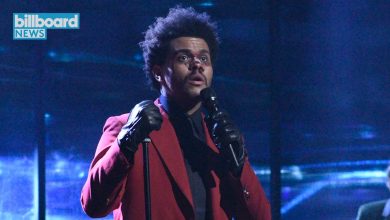 The Smashing Pumpkins Unleash Virtual Performance of ‘CYR’ on ‘Tonight Show’: Watch B