Kanye West has revealed he will drop two new albums in June, one of which will be a colloboration with Kid Cudi.

Ye took to Twitter on Thursday to reveal his currently untitled album will be released on 1 June and will feature seven songs.

He then also revealed his project with Kid Cudi will drop 8 June, and that their work will go by the group name Kids See Ghost.

Its called Kids See Ghost. Thats the name of our group, he tweeted; the pair were soon months ago leaving a studio together in Los Angeles.

Kanye made an epic return to social media this past week, revealing new tattoo plans and giving a special mention to Lamar Odom and Caitlyn Jenner; he had a lot to say on his Twitter comeback and in the space of just three hours, the 40-year-old posted 10 messages and pictures back-to-back, including a memory of his former brother-in-law, Lamar.

Getting more philosophical, the Yeezy designer gave us a glimpse into the mind of Ye with a string of wordy tweets about the importance of valuing family and friend time.

In another post the star wrote: Often people working with the existing consciousness are jealous of those who are more in touch and they become hard-core capitalist in hopes of creating the illusion that the value of money is worth more than the value of time and friends.

His return to music will come as no surprise to fans as he has been seen up in the mountains of Wyoming reportedly working on the album for some time.

Earlier on Thursday Kanye was seen leaving a studio with Charlamagne Tha God, a radio and TV presenter, and Kanye told paps that Charlamagne had heard some shit.

Soon, so will we… 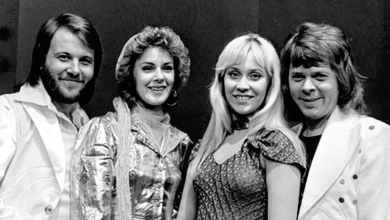 Who are the four BLACKPINK members from Lisa to Jennie?