She said that was a driving force to not only get back on to the court, but also to be there in Tokyo in 2020 for Olympic redemption.

"This year unfortunately I'll miss the world champs, which are at the end of September, but next year we have [the Olympic] qualification period, which is an important process," Tolo told Fairfax Media.

"We went through that last year and it's a bit more challenging now going through Asia and not being just us and New Zealand.

"Tokyo, I'm aiming to get a bit of revenge from last time in Rio – I'll definitely look forward to doing that."

Before she left, Tolo was always open to a return to the Capitals.

Now with her injury she felt the WNBL provided the perfect target for a return to the court.

While she expected to miss the start of the season, Tolo was looking to be back pounding the boards by the end of November.

While the WNBL draw was yet to be released, she expected it would tip off about the end of October.

She was excited at the prospect of playing alongside Opal Kelsey Griffin and former Opal Leilani Mitchell, with the dup providing the Capitals with "good foundations".

Tolo was also looking to work with Capitals coach Paul Goriss as well.

"I was already thinking about coming back for this season after having a season in Europe and after my injury it just further cemented the idea because I thought it would be a good goal to get back for WNBL season," she said.

"While I probably won't be there for the start of it I won't be far off. It was a good chance for me to have something to work towards."

Tolo's two months into her recovery from a knee reconstruction and while she's ahead of schedule was still one month away from resuming running.

The she'll build up towards changing directions while running and gradually build towards returning to full training.

It's her second knee reconstruction and she felt it was easier second time around.

"I do think it helps. I don't know if it was different, but this one feels stronger, it's got more range of movement," Tolo said.

"It's probably because I've been through it before and I'm not scared to push it. I know what's good and what's not."

David Polkinghorne is a sports reporter at The Canberra Times. 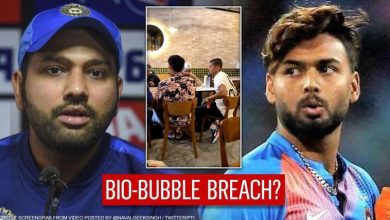