An eyewitness to Mondays shark attack off Gracetown in WAs South West has described how a pack of surfers paddled out to rescue one of their own.

The surfer was at Cobblestones at around 8am on Monday morning when he was attacked.

“There were these two surfers, they were sitting out together on their boards, and then it sort of looked like one of them had fallen off his board,” said Cowaramup local Peter Jovic who saw the incident from the beach.

“I was watching them and then suddenly there was just thrashing and whitewash and fins everywhere,” Mr Jovic told the Mail.

“It was so similar to when Mick Fanning encountered that shark in J Bay, he was just fighting it and fighting hard.”

Mr Jovic said the most amazing moment of the incident was when the injured surfer “took his survival into his own hands” and found a small wave to body surf back to shore.

“I dont know if the shark snapped the rope or what, but hed lost his board and I thought oh no, now hes got nowhere to go,”

“But by some miracle he managed to find this tiny wave and caught it back close to shore and then a bunch of surfers paddled out to get him.”

On the beach, the group of mainly local surfers worked to secure tourniquets and aid the surfer while emergency services travelled to the location.

“Hed been bitten three times, I believe, on his leg.

“Im positive they [the surfers] saved his life, he was conscious the entire time and he was breathing, they were reassuring him,” said Mr Jovic.

The surfer was transported to Royal Perth Hospital by RAC Rescue Helicopter for further treatment after ambulance, fire and rescue services treated him at the scene.

The World Surfing League released a statement soon after the attack, stating the competition had been put on hold, before confirming 30 minutes later that the event was back on.

“After discussing with local authorities, the Water Safety Team and surfers, the WSL Commissioner's Office has decided to resume competition for the Margaret River Pro at Main Break at 10:40am, following a one-hour hold prompted by reports of a shark incident at Gracetown – approximately 15 kms away from the event site.

“Surfer and Staff safety are top priorities for the WSL and when competition resumes, further enhanced safety measures, including ski and drone presence, will be added to the event's mitigation protocols.

“We look forward to a great completion of the event.”

The Department of Primary Industries and Regional Development confirmed that the beach had been closed.

Beach closures are in place for the Gracetown area including North Point, Big Rock and Left Handers. 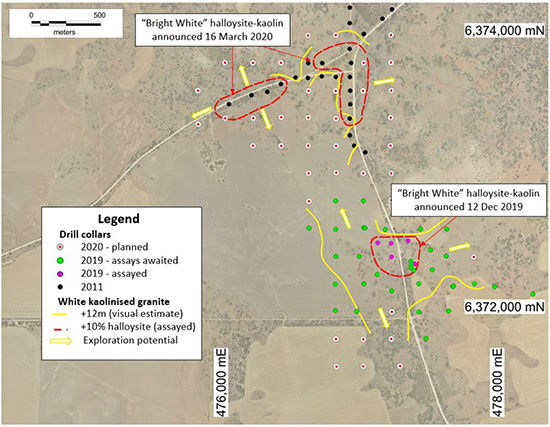 ValOre Metals: Intelligent Exploration Could Lead to a Significant Increase in Project Scale

Man arrested on suspicion of murder in Bromsgrove

Meghan Markle was popula’ with customers at yoghurt store