Cape Town – Orlando Pirates kept their hopes of winning the Absa Premiership title alive when they edged out AmaZulu 2-1 at a packed King Zwelithini Stadium on Sunday.

In a thrilling match, the hosts made a bright start and were ahead after only 11 minutes when a precision pass from left to right picked out by Karuru, whose low ball to the middle was calmly slotted in by Mabuthi Khenyeza.

More pressure from Usuthu midway through the half saw Siyabonga Nomvethe play in Butholezwe Ncube through his disguised pass that outfoxed Happy Jele, but the Zimbabwean struck the ball straight into the side-netting as Pirates escaped.

Micho's side then drew level just after the half-hour mark when Siyabonga Mbatha conceded a free-kick for a foul on Thembinkosi Lorch outside the box, with Luvuyo Memela's inch-perfect free-kick glanced in by Musa Nyatama.

The goal gave life to the visitors and Diamond Thopola's bursting run and cross from the right picked out Memela, whose volley flew over the bar.

It was 1-1 at the break and it took until just after the hour for the next chance – Lorch blazed over, while moments later Mbatha was bailed out by his defence after failing to cleanly gather when the ball was sent over from the left.

Another rush of blood followed from the Usuthu goalkeeper, who allowed Memela in with a shot, which he this time fired straight at Mbatha.

The home custodian then produced the save of the match when the Pirates attacker squared to Justin Shonga on the edge of the box and Zambian drew a splendid sprawling stop on 75 minutes.

And at the other end there was some respite for the hosts when Mhlengi Cele diverted a difficult chance over as Usuthu fluffed their big moment of the half.

But the winner arrived for the Soweto giants when Maela delivered a powerful bouncing cross from the left that made it all the way to the back post, where Thabo Qalinge lashed in from a tight angle.

Shield title would make it a hat-trick for McDonald 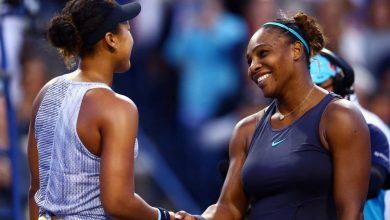 A pitch and a prayer: vote looms on 2021 women’s World Cup

Emery fears Cech will be out for 3 weeks