Carlton face an anxious wait for scan results on skipper Marc Murphy's injured foot after an 86-point thumping by North Melbourne in Hobart.

Murphy was forced to pull out minutes before Saturday night's match after he aggravated a left foot problem during the warm-up.

Blues' football Andrew McKay confirmed Murphy would have scans early next week to determine the severity of the injury to his plantar fascia.

The Blues total was the lowest-ever score at the ground, slightly worse than St Kilda's mark of 33.

"One player can't be a defining factor in a win or loss. We'll make no excuses around that," a disappointed Carlton coach Brendon Bolton said of Murphy's late withdrawal.

"We need far, far more contributors, particularly in and around the contested ball and ground-ball gets.

"We've got to roll our sleeves up."

But Bolton said he remained "rock solid" in the club's rebuild plan ahead of a big test against West Coast next week.

"I spoke about that during the week. We've just got to gel together (and) get our defensive action on track," he said.

"We are in it together as a group, coaches and players. That's what makes strong footy clubs.

"You can't do this on your own. It's about all of us staying fat."

The Blues didn't kick a goal in the third quarter as North big man Ben Brown finished with five majors for the match in front of his home crowd.

Carlton's Matthew Kreuzer was benched late in the match but Bolton said it was precautionary. 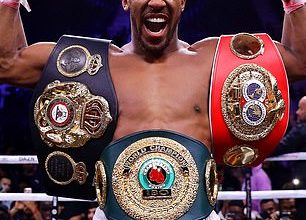 Boxing heavyweights Joshua and Fury are on a collision course, but what’s the hold-up?