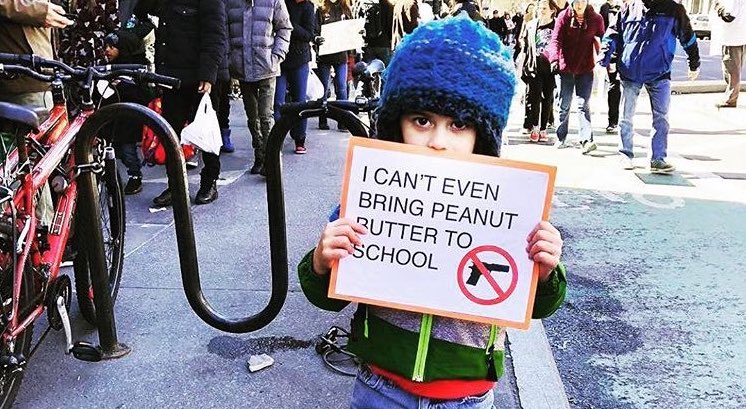 People from around the world came together Saturday for the March for Our Lives gun control rally organised by the students of the Florida high school impacted by a deadly school shooting last month.

Millions of marchers gathered in cities across the U.S and they brought some cuttingly creative signs with them.

#MarchForOurLives Philly One of many signs here. pic.twitter.com/5V9v60KY32

This kid was *surrounded* by people wanting a picture of his sign. #MarchForOurLivespic.twitter.com/XtQbUOZVKL

For peace and stability: Russia and Iran prepare for joint naval drills in Caspian Sea