"We were all out there having a go. (It was) so lovely to stand there with those girls and show a bit of, I hope, Aussie sportsmanship."

While the Australians did not achieve podium finishes, Sullohern delivered the middle-distance performance of her life on the Gold Coast.

The 25-year-old from Yamba knocked more than 30 seconds off her personal best on Monday night, clocking 31 minutes 50.75 seconds to finish sixth.

Sullohern dug in and kept pace with gold medallist Chesang and her fellow Ugandan and Kenyan pacesetters before surging into third with four laps to go.

Every move she made evoked an almighty roar from the Carrara Stadium crowd and, even with half a lap remaining, she was still fourth and chasing down the bronze before finally being overtaken.

"Absolutely thrilling to be out there racing in front of the Aussie crowd, I really feel like it lifted me," Sullohern said.

"I wanted to do it in the last lap, I didn't quite have it but it's so exciting.

"I'm really excited to come and have another dig in the 5000m on Saturday."

Griffith turned it on with a fast-finishing personal best of four minutes 6.41 seconds to qualify second overall behind reigning 800m Olympic and world champion Caster Semenya, who was in cruise control with 4:05.86 in the first heat.

"It was pretty intimidating going up against the 800m world champ, it definitely made it a lot more real," Griffith said.

Drama affected the second heat as Zoe Buckman got caught in a fall on the final straight and bowed out, though Hall came home strong to place second in 4:08.64 and qualify eighth overall.

Rachel Clun is a reporter at the Sydney Morning Herald. She was previously a reporter with the Brisbane Times and Domain.

AFL believes record attendance for one round is within reach 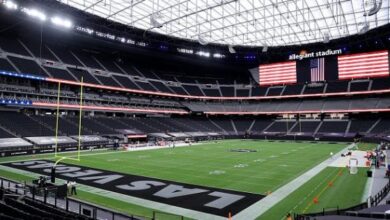