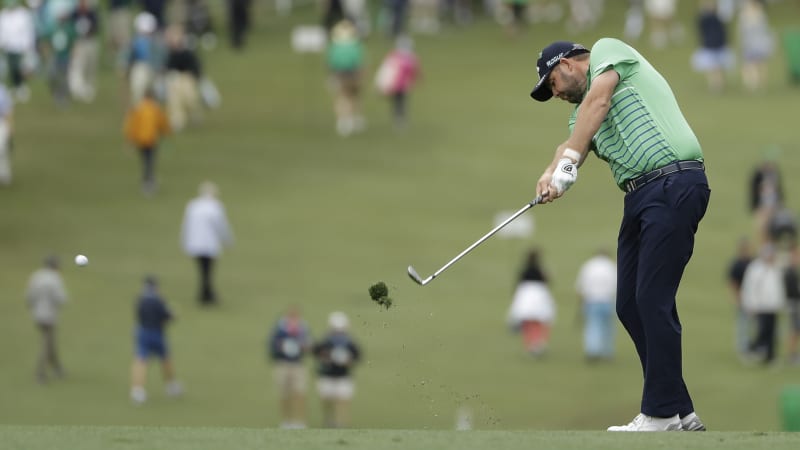 The birdie train which swept through Augusta National left Marc Leishman behind as Australia's hopes of winning a second US Masters were all but snuffed out on moving day by a nerveless American and the game's hottest 20-somethings.

The laidback Victorian put on a brave face as he explained away a cold round with the putter, but never has a day with someone rooted to a score around the normally challenging Augusta National seemed so deflating.

Just two shots shy of overnight leader Patrick Reed and placed in the final group of the third round, Leishman's birdieless one-over 73 skittled any hopes of pulling on a first green jacket as he plunged to a tie for sixth – eight shots behind Reed heading into the last round on Monday (AEST).

World top 10 players Rory McIlroy (-11), Rickie Fowler (-9) and Jon Rahm (-8) produced tournament bests seven-under 65s to keep the heat on Reed (-14), who is on the cusp of being the first man in history to shoot in the 60s for every round in a Masters tournament.

Leishman, who soaked up the madness of playing alongside Tiger Woods for the first two rounds, can only wish to be in a similar scenario, with a blip on the seventh hole the only outlier to complement 17 straight pars on Sunday (AEST).

Love, Iguodala in doubt ahead of NBA Finals

Ronaldo: Liverpool are good, but we are better

Pitso slammed for treatment of Ngele at Sundowns