Austria's foreign ministry has summoned an attaché from its embassy in Israel after he posted a picture of himself on social media wearing a T-shirt bearing the name of a Nazi tank division.

A screenshot of the post on Jürgen-Michael Kleppich's Facebook page shows him in the green shirt with the words "Stand your ground" and "Frundsberg", the Falter weekly reported.

The last name of Georg von Frundsberg, who was a mercenary in the 15th century, was used by the Nazis during World War II for its 10th SS Panzer division.

The garment is sold by Phalanx Europa, an online shop that sells "patriotic" clothing for followers of the nativist Identitarian movement.

The episode is the latest embarrassment for a member of the far-right Freedom Party (FPÖ) since it came to power in December in a coalition with the centre-right People's Party.

Kleppich, who is also an FPÖ local councillor in a district of Vienna, had previously posted a photo of his grandfather in a Nazi uniform, complete with swastika, according to Falter.

Foreign Minister Karin Kneissl has ordered Kleppich "be summoned to Vienna immediately to submit to a legal probe into the accusations in the media," her ministry said late on Tuesday.

The FPÖ, founded by ex-Nazis in the 1950s, has sought to clean up its image and its leader Heinz-Christian Strache says the party rejects all racism and extremism.

But in January an FPÖ candidate in a state election quit after it emerged that his student fraternity had published a song book with lyrics praising the Holocaust.

They included the words "Step on the gas, old Germanics, we can make it to seven million". Six million Jews were murdered in the Holocaust.

Interior Minister Herbert Kickl of the FPÖ is also under pressure over police raids on the domestic intelligence agency, which investigates extremist groups, including on the far-right.

Strache has visited Israel several times and supports moving the Austrian embassy to Jerusalem, as US President Donald Trump plans to do with the US mission.

But Israel's government has said it will not have direct contact with FPÖ ministers, a stance mirrored by Austria's Jewish community organisation the IKG.

READ ALSO: Austrian far-right party says criticism of Nazi ties is partly justified and pledges to clean up its act

Coal seam gas will be a campaign focus 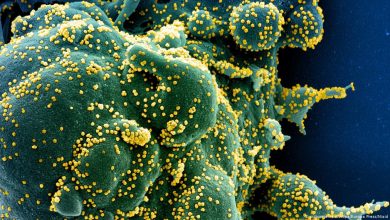