WASHINGTON: US Defense Secretary Jim Mattis defended US military support to Saudi Arabian-led coalition forces in Yemen on Thursday as he explained a personal appeal to lawmakers who are considering whether to end Washington’s involvement in the devastating conflict.
The Trump administration has been warning Saudi Arabia since last year that concern in Congress over the humanitarian situation in Yemen, including civil casualties in the war, could constrain US assistance.
Since it began in 2015, the conflict has killed more than 10,000 people, displaced more than 2 million and driven Yemen – already the poorest country on the Arabian Peninsula – to the verge of widespread famine.
Mattis said the US assistance, which includes limited intelligence support and refueling of coalition jets, was ultimately aimed at bringing the war toward a negotiated, UN-brokered resolution.
“We need to get this to a negotiated settlement, and we believe our policy right now is correct for doing this,” Mattis told reporters, as he flew back to Washington from the Middle East.
A bipartisan group of senators, Republican Mike Lee, independent Bernie Sanders and Democrat Chris Murphy, are attempting to take advantage of a provision in the 1973 war powers act that allows any senator to introduce a resolution on whether to withdraw US armed forces from a conflict not authorized by Congress.
Their resolution would force Trump “to remove United States Armed Forces from hostilities in or affecting the Republic of Yemen,” except operations against Al-Qaeda or associated forces. Those are authorized under a 2001 congressional authorization.
Their action is the latest salvo in an ongoing battle between the US Congress and the White House over control of military conflicts.
In a March 14 letter to Senate majority leader Mitch McConnell, and copied to other lawmakers, Mattis described the US assistance as “non-combat support” focused on helping reduce the risk of civilian casualties.
“New restrictions on this limited US military support could increase civilian casualties, jeopardize cooperation with our partners on counter-terrorism and reduce our influence with the Saudis — all of which would further exacerbate the situation and humanitarian crisis,” Mattis wrote.
Mattis also warned that a withdrawal would embolden the Iran-aligned Houthi rebels, who have fired missiles at Saudi Arabia and targeted commercial and military vessels off Yemen’s coast.
Lawmakers have argued for years that Congress has ceded too much authority over the military to the White House. Under the Constitution, Congress – not the president – has the authority to declare war.
But divisions over how much control they should exert over the president have stymied efforts to pass new war authorizations. 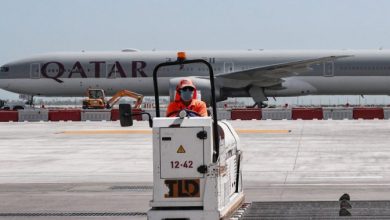