Several thousand people braved snow and freezing temperatures in Vienna on Saturday to protest against what they called rising discrimination and racism in Austria.

Many carried placards condemning the government, which since December has been made up of Chancellor Sebastian Kurz's conservative People's Party (OeVP) and Vice-Chancellor Heinz-Christian Strache's far right Freedom Party (FPOe).

The government has made a crackdown on immigration one of its main priorities, pledging to speed up and toughen the asylum process and increase deportations. In last year's elections Kurz stood on a platform of regaining control of Austria's borders after the migrant crisis of 2015-16 saw more than 150,000 people seek asylum in the country of 8.7 million.

However, speakers at the rally, organised by left-wing and anti-racist groups, said the government's policies risked stigmatising foreigners, making them scapegoats for social problems.

"I'm here with you today because, 80 years after the Nazis' takeover of Austria, I don't want people to be discriminated against once again because of their origins," Daniela Gruber-Pruner, MP for the opposition Social Democrats (SPOe), told the crowd.

Many also pointed to recent revelations over persistent anti-Semitism in right-wing student fraternities which count prominent FPOe politicians as members.

She added that she was worried Austria could develop into a "guided democracy, in the style of [Hungarian Prime Minister] Viktor Orban".

She pointed to a recent controversy over raids at Austria's domestic intelligence agency by a police unit headed by an FPOe official as proof that the FPOe wanted to control state institutions. The FPOe denies this and says it rejects anti-Semitism and racism. 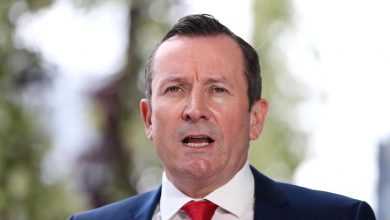