RIYADH: The first-ever Groovz Jazz Festival rocked Riyadh on Thursday night.
More than 2,000 people enjoyed art, food and music at the Riyadh Intercontinental Hotel, with bands from the US, Britain and the Middle East ensuring a jazzy vibe.
Guests were able to sample their favorite outdoor food while enjoying the music.
Time Entertainment CEO Obad Awad told Arab News the Kingdom’s General Entertainment Authority had encouraged the festival to showcase jazz culture over the next three days.
He said that despite being announced only five days ago, the event drew a capacity crowd on its first day.
“We are expecting many more people during the next two days and will be making special arrangements to accommodate more visitors,” he said.
Rana Al-Mohamed, a Saudi businesswoman, told Arab News the festival offered jazz-lovers a rare chance to meet.
Omar Al-Ahsan, a graduate student from Britain, said: “We are really happy about this event and expect many more like it in the coming months.” 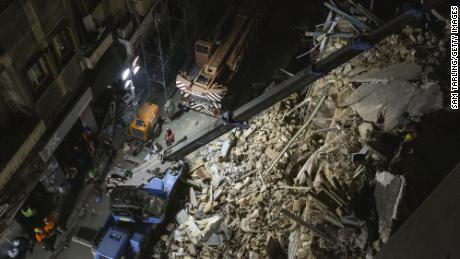 No one alive under rubble of building 30 days after blast, Beirut search team says

Iraq’s prime minister agrees to resign after weeks of protests