President Donald Trump shared a cartoon mocking CNN, a news network fueling the notion that the president’s campaign colluded with Russia to win the 2016 election.

The caption of the cartoon was marked “CNN 2038,” as Blitzer announces “Update! We should see evidence of Russia-Trump collusion any day now.” 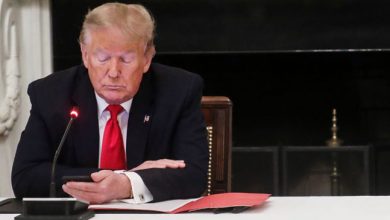