JEDDAH: The first solo performance by Maisaa Sabihi, a Saudi actress, highlighting the recent steps taken in the Kingdom to ensure women empowerment, received positive reviews.
Organized by the Saudi Arabia Society for Culture and Art (SASCA), the one-woman show was held at the Jeddah Comedy Club on Feb. 10.
Sabihi’s excellent portrayal of three different characters left the audience in splits. Through her characters, the talented thespian tried to put the spotlight on various issues pertaining to love, marriage and divorce. The audience also appreciated the artist’s precise Hijazi accent.
Sabihi also interacted with her audience by inviting them on the stage. She candidly responded to their queries. In her exciting two-hour performance, Sabihi created a beautiful impression of the current changes taking place in the Kingdom particularly the steps ensuring the expansion of women’s role in all spheres of life.
Sabihi is reportedly the first Arab woman to take part in the Edinburgh Arts Festival in the UK with a play aimed at refuting Western prejudices against Arabs.
She was born in Saudi Arabia and spent much of her childhood in California before obtaining her Ph.D. in English literature from the University of London. She is now an associate professor at King Abdulaziz University in Jeddah.
Sabihi authored her first play 10 years ago and performed it privately in 2013 at Jeddah’s Effat University in English And Arabic.
“The whole scenario was created in English and I translated it into Arabic in 2012,” she told Arab News.
Sabihi wishes to perform in different parts of the Kingdom so as to convey her message to a wider audience. The young artist told Arab News that SASCA had plans to organize her shows in different regions of Saudi Arabia.
Sabihi said with the rapid changes taking place in the Kingdom, new talent in the field of art and culture would emerge.
Arwa Al-Fadli, a Saudi history major graduate at the show, told Arab News: “The play was very touching as it highlighted many aspects of our society.”
Najat Al-Malki, a 58-year-old housewife, who saw the show with her two daughters, said: “I really enjoyed it. The time passed in the blink of an eye and Maisaa was brilliant at portraying the Saudi community.”
More shows are planned on Feb. 17 and March 8.

‘If we remain silent, it might get worse’: Uighurs fear for loved ones in China 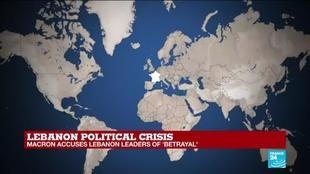