The downing of the Israeli F-16 on Saturday after Israel reportedly shot down an Iranian drone it claimed had entered its airspace was the latest chapter in the "hidden war" between Iran and Israel in Syria. The move carries several messages and could be considered the culmination of a decades-long conflict.

Ever since Israeli air force bombed a suspected Syrian nuclear reactor in Deir-Ezzor in September 2007, Tehran became obsessed with "a big surprise from Tel Aviv".

These fears drove the Islamic Republic to constantly endeavor to increase its defence capability in a number of ways including: importing new anti-craft warfare systems from Russia and China, as well as establishing dozens of military observation posts all over the country.

Tehran's fears have been deepened by what US intelligence sources described as a covert war that Israel is pursuing against Iran as an alternative to direct military strikes against its nuclear programme. The Israeli aim was to slow down or interrupt Iran's research programme, without the gamble of a direct confrontation that could lead to a wider war.

It is no secret that Tehran has gone to great lengths to maintain uninterrupted land access to Lebanon, which it has traditionally used to supply Hezbollah with arms and goods. Securing the "axis of resistance" – running from Iran through Iraq and Syria to Lebanon – was in fact the raison d'etre of the Islamic Republic's costly intervention in the Syria conflict.

Since 2010, Tehran began developing strategies that would allow it to detect -and abort- any surprising Israeli attack from the very beginning. This would start with the borders surrounding Israel (Syrian and Lebanon). So, that same year, Iran supplied Syria with a sophisticated radar system for monitoring Israeli activities.

But the dozens of Israel air strike against either Iranian or Hezbollah targets in Syria proved that this sophisticated radar system was not up to the job.

When the civilian uprising in Syria turned into a bloody civil war, Israel seized the opportunity to strike at what it alleged were Iranian targets in that country.

In 2016, the former chief of Iran's IRGC stated that Israel was close to attacking Iranian nuclear facilities on at least three occasions.

Last month Alex Fishman, a military analyst in writing Yedioth Ahronoth newspaper, wrote that in the wake of several Israeli attacks in Syria, the "hidden war" of Israel against Iran in the Syrian territories has been disclosed.

He wrote: "We have to get used to the idea that Israel is apparently engaged in a military confrontation, disciplined in the meantime, against an Iranian military regime that is stabilising in Syria. It seems that Israel has no choice but to act on its own, and it is no longer possible to hide behind vague statements and insinuations. This is a war in every sense of the word."

A victory or not?

The downing of the Israeli plane over Syria signalled "a victory" for the Iranian strategy in Syria, according to Iranian media. Generally speaking, conservative media outlets like Fars and Mashregh considered the whole issue as a victory for the resistance axis (Iran, Syria and Hezbollah).

For example, Mashergh news website believes that the downing of the F-16 ended Israel's air supremacy over the resistance axis. Some analysts went so far as to consider the strike as a sign of Israel's collapse.

So, at the moment they mainly try to just report it in a way that does not contradict with the official narrative. The common message across both conservatives and reformists is that "what happened is a big deal for Israel".

n Israeli soldier prays next to a tank near Israel's border with Lebanon 21January 2015. An Iranian general was killed in an Israeli air strike in Syria (Reuters)

On 8 February 2018, a US air strike killed 100 pro-government forces when they were challenging the US-backed Kurdish-led Syria Democratic Forces (SDF) near the Euphrates river. It was not the first time that US air force attempted to strike at pro-Iran targets in Syria. In May 2017, US-led coalition forces prevented Iran-backed forces from seizing Tanf city near the Iraqi border.

A month before the Tanf crisis, on 7 April, the US military launched a cruise missile attack on a Syrian airfield in Shayraat in response to what the US alleged was the use of chemical weapons by the Syrian government. The strike marked the first time the US has become a direct combatant against the Syrian government.

Such US-led hostile military actions convinced Iran of the need to increase the cost of any further military operation by the US-led coalition.

Targeting the Israeli F-16 can be understood within this context. It is a warning to the US that any "game changer" operation in Syria that attempts to destabilise the current balance of power can be very costly for the US and its allies.

If Iran shows itself to be overconfident, this might provoke Israel to do some thing risky, especially given the fact that Netanyahu is facing a political crisis as he could soon be indicted on corruption charges

Since the beginning of Trump's presidency, the chances of a direct collision between Iran and the US noticeably increased. Trump's opposition to the Joint Comprehensive Plan of Action (JCPOA) nuclear deal convinced the Iranian elite that the conflict with the US might become more serious.

The downing of the Israeli F-16 is a message from Tehran to Washington that in any potential future confrontation, Iran has more leverage than in the past to damage US interests in the Middle East. Iran can supply its allies in Iraq, Gaza and Yemen with these systems in order to threaten the US or even international aviation in the Persian Gulf and the region.

A region on edge

Iran, which has invested heavily in Syria over the past six years, won't make any painful concessions that might be perceived as acquiescing to the interests of the US or Israel.

On Sunday, Iranian President Hassan Rouhani, during a rally marking 39 years of the Islamic revolution in Iran, told the crowd: "They [US and Israel] wanted to create tension in the region… they wanted to divide Iraq, Syria… They wanted to create long-term chaos in Lebanon but…with our help their policies failed."

While Moscow, a key player on the Syrian scene, did not make any specific response to this "hidden war" between Iran and Israel, the general perception is that Russia might not have objected to targeting the F-16 in order to send a message to Tel Aviv – and the US – that Moscow is the biggest player on the Syria scene.

The shooting down of the Israeli F-16 served also as a warning to Israel that if there is a new war, Hezbollah might have some "secret cards" to make the confrontation more costly for Israel.

Possibly, this military test made Iran and the Syrian president feel a little bit more secure about their position compared to previous years.

We should keep in mind that despite calls for self-restraint by all sides of the conflict in Syria, including Iran and Israel, the situation might take a turn for the worse.

If Iran shows itself to be overconfident, this might provoke Israel to do some thing risky, especially given the fact that Netanyahu is facing a political crisis and could soon be indicted on corruption charges. He could therefore benefit from challenging a foreign enemy.

If Israel opts for military action against Iran in Syria, it could push Iran to send more such signals that could lead both parties to a direct confrontation. Overall, the region remains on the edge and any tiny push can risk an all out war.

– Arman Mahmoudian is a PhD student in the Department of Government and International Relations and also a graduate assistant in USF World Strategic and Diplomatic Studies. Mahmoudian earned his master's degree in International Relations and Global Security from Peoples’ Friendship University of Russia (Moscow). He earned his bachelor’s degree in law from Islamic Azad University of Tehran. 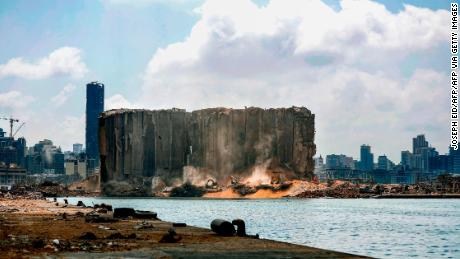 Fancy doing yoga while at work?