Paralyzed with fear, the 11-year-old boy living in Sudan knew there was only one option if he was to escape with his life — to dress like a woman.The Janjaweed, a Sudanese government-backed militia, did not hesitate in their pursuit of killing young men."At first, the militias only killed the boys. The women — they didn't do anything to them," said Haroon. "But later, they started raping and killing the women."The year was 2001. Darfur was about to be plunged into genocide, and Haroon's village — on the mountain of Jebel Marrah — was ensconced in the middle.Haroon's family sent him away for his own safety to finish school in southeast Sudan and then to start a five-year program in electrical engineering at Blue Nile University.But three years in, Haroon said his brother and friends were arrested, and he knew it was time to flee. Again.

'The other option is to be murdered'

"There is no freedom at all [in Sudan]," said Haroon, now 28 years old. "Only if you believe in the ideology of extremist Islam."His flight took him to Egypt and, in late 2012, across the Sinai into Israel. But lawmakers there had just amended a law intended to imprison anyone who crosses into the country illegally.Haroon spent 18 months at the Saharonim prison for migrants, before being transferred to Holot, an open-air prison. Most of his first three years in Israel were spent in one prison or another. 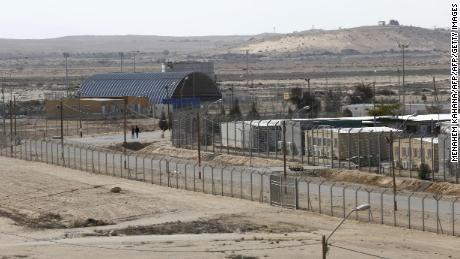 "No one wants to stay in a place where he is not wanted. The issue is that the alternatives are to stay here and listen to curses every day or to go to a place where it's certain you will be killed," Haroon said. "Therefore, we have to stay here, because the other option is to be murdered."Like 1,000 other Darfuris in Israel, Haroon received temporary residency. But his application for asylum remains unanswered six years after he submitted it.

Haroon is one of approximately 37,000 illegal immigrants in Israel, the majority from Eritrea or Sudan according to the Population and Immigration Authority, countries the US recognizes as human rights violators.In Sudan, they fled war and poverty. In Eritrea, they escaped a brutal dictatorship that conscripts men and women into the military for life.They made their way to Israel seeking a better life. But in 2013, Israel completed a fence running the length of the Sinai border, halting the flow of illegal migrants there almost immediately.At its highest point, there were some 65,000 illegal immigrants in Israel. Over the past decade, the Population and Immigration Authority says it has received 54,600 requests for asylum. Only 33 have been accepted. Tens of thousands remain mired in the bureaucratic process, though Israeli leaders say they have added staff to clear the backlog.That makes Israel's rate of granting asylum among the lowest in the Western world. 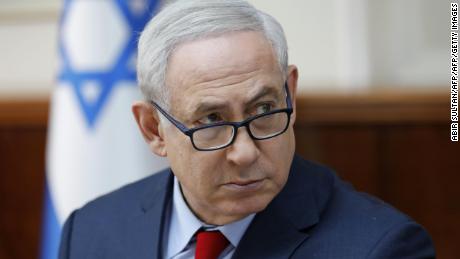 In comparison, through the first three quarters of 2017, nearly 90% of asylum seekers in the European Union were granted refugee status, according to a compilation of data from Eurostat, the EU's data compilation site. More than 60% of asylum seekers from Sudan were granted similar status. But Israel doesn't call them "migrants" or "illegal immigrants." Instead, the Hebrew word used is "mistanenim" — infiltrators.Prime Minister Benjamin Netanyahu has spearheaded the plan to remove the immigrants, arguing that in many cases they are coming to find work."Israel will continue to offer asylum for genuine refugees and will remove illegal migrants from its midst," Netanyahu said at a recent cabinet meeting.A few weeks earlier, Netanyahu had used more threatening rhetoric: "The infiltrators have a clear choice — cooperate with us and leave voluntarily, respectably, humanely and legally, or we will have to use other tools at our disposal, which are also according to law."

Immigrants who refuse to leave face incarceration. Those who agree to leave receive $3,500 and a plane ticket to a third country.Israel says its plan abides by international law and was approved by the country's high court, adding there is no intention of deporting women, children or families. Israel estimates that approximately two-thirds of immigrants in Israel are single men between 18 and 40.Last Sunday, Israel began handing out deportation letters to some of them, saying they had been identified as "infiltrators from Eritrea and Sudan" who should leave for a "safe third country."Israel has never explicitly identified the country. Media speculation focused on Rwanda and Uganda, two countries that share warming ties with Israel. At first, both denied there was any arrangement.But as Netanyahu met Rwandan President Paul Kagame at the World Economic Forum in Davos last month, the issue of migrants came up.A brief readout from the Prime Minister's Office said, "Regarding the migrant issue, Prime Minister Netanyahu agreed with President Kagame, who made clear that he would only accept a process that fully complies with international law." 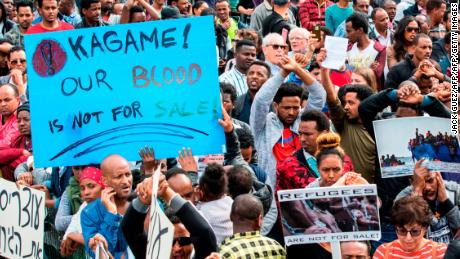 A statement from the Rwandan government's official Twitter account, meanwhile, said, "Rwanda is ready to help in whatever limited way it could, by welcoming anyone arriving at its borders in need of a home, voluntarily and without any constraint."The statement seemed to imply that Rwanda would not accept refugees who were forcibly deported.The statement offers little consolation to those possibly facing deportation. Haroon said a friend of his left for Rwanda, but wasn't allowed to stay there and was murdered in South Sudan. Others he knew from Holot died at the hands of ISIS in Libya after they became refugees again.

The government's policy has come under criticism at home. A group of Israeli writers, including Amos Oz, one of the country's premier authors, said the migrants "carry on their bodies and souls the terrible scars from their escape," calling on the government to provide them asylum. And an El Al pilot said on social media that he "will not fly refugees to their death. I will not be an accomplice to this."Others call on Israelis to take action to protect potential deportees.Rabbi Susan Silverman, sister of famed comedian Sarah Silverman, launched an initiative called Asylum Israel to hide asylum seekers against deportation. She says the idea was inspired by Anne Frank, who hid in the home of a Christian family in Amsterdam until her family was found and sent to Nazi concentration camps."We've gotten to this point where the government is telling asylum seekers they can either be imprisoned indefinitely or be deported," said Silverman, "which is going to mean for them being back on the refugee trail, human trafficking or death.""This is not what the Jewish state does."

If there is an epicenter to this story, it is south Tel Aviv. Only a short drive from Israel's flourishing Startup Nation, the low-income neighborhood has a high population of Africans. 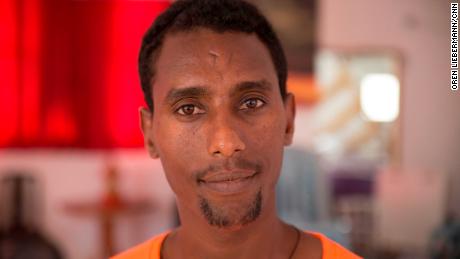 Local resident Sheffi Paz said it has ceased to be Israeli."We feel like completely strangers," Paz said during a night-time stroll. She has become a grassroots activist and one of the most vocal voices pushing for deportation of the migrants."I really need a Jewish country," says Paz. "My parents were Holocaust survivors. That's my conclusion from the Holocaust, not that I have to give a home for the world, but that I need to fight for my country."Many argue the opposite, saying the Holocaust demonstrates a need to help those who are in jeopardy."If we want to be a country like any other nation in the Western world, Israel needs to give its share," said Reut Michaeli, executive director of the Hotline for Migrants and Refugees, an organization that helps immigrants apply for asylum and visas. "We are a country that was built by refugees."Michaeli's parents came to the British Mandate of Palestine in 1941, before the creation of the State of Israel. They were illegal immigrants seeking safety.Deporting those who seek help, she said, "is against our Jewish values as a refugee nation." 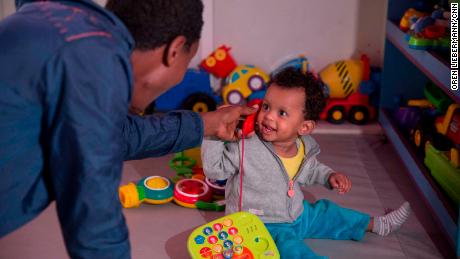 One asylum seeker interviewed by CNN, Johnny Goitom from Eritrea, wore a shirt bearing a quotation from the Old Testament book of Deuteronomy, verse 10:19."And you shall love the stranger, for strangers you were in the Land of Egypt."It is a commandment that Goitom said the Israeli government has forgotten."They don't want refugees here. They tell you that you're not a refugee," Goitom said."This is the statement in the Bible that reminds us of the true story of the people of Israel," Goitom said. "They were slaves in Egypt, and they forgot this, so this I wear it on purpose."

CNN's James Masters in London contributed to this report.

Will the world help the Rohingya to attain justice?

El Salvador seeks to send unwelcome migrants from US to Qatar