ADEN: Saudi and Emirati envoys shuttled between Yemeni government forces and southern separatists in Aden on Thursday in a bid to end a tense standoff after days of deadly infighting.
Sunday’s assault on the government’s headquarters by its former allies has opened up a new front in the civil war.
The Saudi and Emirati envoys “met with all concerned parties, stressing the need to abide by the cease-fire… and refocus efforts on the front lines against the Houthis,” the UAE’s official WAM news agency reported.
“The situation in Aden is stable and all parties have complied completely with the communique issued by the Arab coalition,” Maj. Gen. Mohammed bin Saeed Al-Mughaidi of Saudi Arabia told reporters in Aden. The Kingdom and the UAE “have a common goal and the same vision,” he added.
Emirati Maj. Gen. Mohammed Matar Al-Khyeli said the two countries “stand together with the Yemeni people and are leading reconciliation efforts between the Yemeni parties.”
The coalition said the UAE and Saudi Arabia share the goal of preserving Yemen’s unity. Speaking from the port city of Aden, representatives from the high-ranking Saudi and Emirati military delegations called for a cease-fire between the warring sides. The coalition said the parties in Aden back its statement and call for calm. “We seek to avoid chaos and ensure the security and stability of Yemen,” the coalition said, adding that Saudi Arabia and the UAE seek to resolve the parties’ differences. Clashes broke out last week in Aden between fighters from the armed wing of a political movement demanding secession for southern Yemen, and the Yemeni Army backed by the Arab coalition. On Tuesday, separatists surrounded the presidential palace, where Prime Minister Ahmed bin Daghar and other senior government figures were holed up.
They were preparing to flee to Saudi Arabia and join Yemeni President Abed Rabbo Mansour Hadi, who resides in Riyadh, officials said.
Both the UAE and the Kingdom have urged Hadi’s government to heed the separatists’ grievances, and called on all sides to show restraint.
At least 38 people have been killed and 222 wounded in Aden since Sunday, according to the International Committee of the Red Cross. The UN agency for humanitarian affairs reported a “cautious calm” in the city.
The separatists said they were in full control of Aden on Thursday. “The security situation is stable and we are working with the coalition to consolidate it,” a separatist official told Agence France-Presse (AFP).
Yemen Airways said it had resumed flights from Aden airport with a service to Cairo on Thursday.
Kuwait’s Deputy Foreign Minister Khaled Al-Jarallah said the infighting had prompted his country to halt multimillion-dollar development programs.
“What is happening in Aden is regrettable and painful,” Al-Jarallah told the Kuwait Chamber of Commerce and Industry.
“Meaningless and unjustified fighting will only worsen Yemen’s wounds,” he said, calling on all parties to restore calm.
“For three days, we saw death,” Awad Nasser said of the violence that tore through his neighborhood where government forces clashed with separatists.
“The battle began right here in this neighborhood,” Nasser told AFP in the coastal Jabal Hadid district.
In central Aden’s Crater district, where ministers have been holed up in the presidential palace, dozens of homes were pockmarked with bullet holes.
Donia Hussein Farhan, a university student and Crater resident, recalled the day separatist forces closed in on the presidential palace, which they have surrounded.
“It was terrifying. There were people hit by shrapnel, civilians who have nothing to do with this fight. And there was no one to help them because the shelling was non-stop and the roads were closed,” said the 22-year-old.
“We lived in fear, in terror, and no one could figure out who was allied with who, and who was fighting who. It reminded us of the Houthi takeover,” Farhan said, referring to the rebel seizure of the capital Sanaa in 2014.
Crater residents say they have been left without water supplies after pipes were hit in shelling, while in Khor Maksar district to the north, many said they feared food shortages. 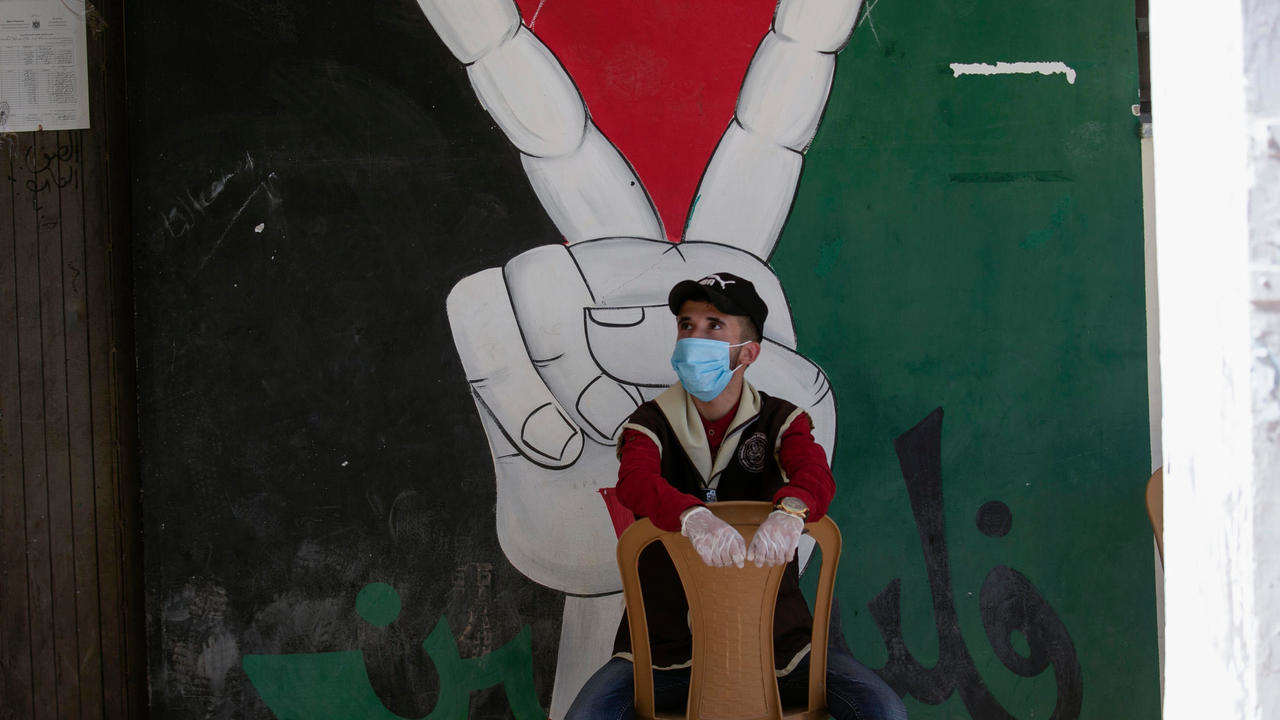 Ramadan: A time of spiritual transformation for Muslims