By Afp and Chris Pleasance for MailOnline

One of the women on trial for assassinating Kim Jong-un's half-brother met with a suspected North Korean agent a month before the killing, a court has heard.

Siti Aisyah was introduced to a man she knew as 'James', later identified as alleged spy Ri Ji-U, on January 5 outside a shopping centre in the Malaysian capital Kuala Lumpur, an investigating officer told the court.

Aisyah says Ri offered her £72 ($102) to participate in a series of pranks for what she believed was a Japanese YouTube channel.

Both Aisyah, from Indonesia, and co-accused Doan Thi Huong, from Vietnam, say they thought they were participating in further pranks when they wiped deadly VX nerve agent on Kim Jong-nam's face at Malaysia Airport a month later. 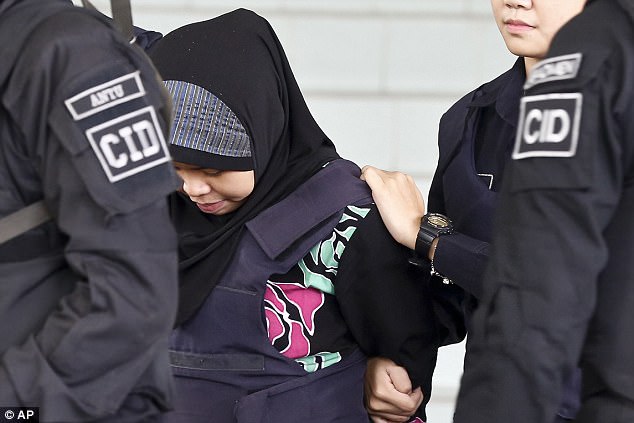 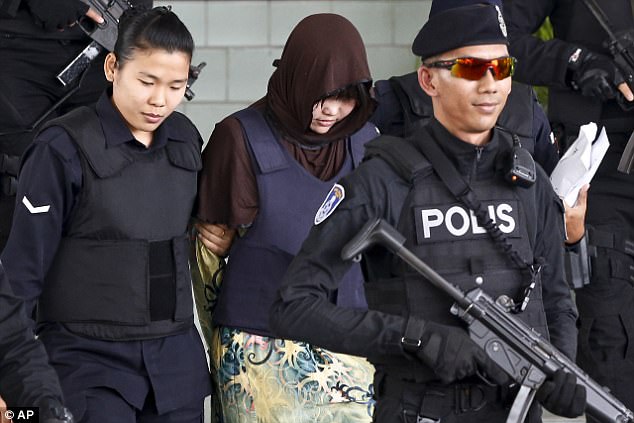 Both Aisyah and co-accused Doan Thi Huong claim they were led to believe they were participating in a prank show when they rubbed nerve agent on Kim's face, killing him

Kim died in agony within minutes and the women were arrested days later.

Lawyers argue the prank show ruse was part of an elaborate plot by a group of North Korean agents to get two women to act as inadvertant assassins.

The pair face death by hanging if convicted for murder. Both have pleaded not guilty, and lawyers say blame for the murder should lie with the North Koreans.

During questioning of an investigating police officer, defence lawyer Gooi Soon Seng said Siti was approached by a taxi driver at a night club before dawn on January 5 last year.

The driver asked her to meet at a shopping mall where there would be an offer for her to take part in prank acting.

Aisyah was shown a video of the prank, before performing it three times, CNN says.

The investigator did not confirm the date but agreed with the account and that it was at the shopping mall where Siti first met with Ri, the alleged North Korean agent.

News reports had previously mentioned Ri as the youngest of eight North Korean men wanted by the Malaysian police for suspected involvement in the killing. 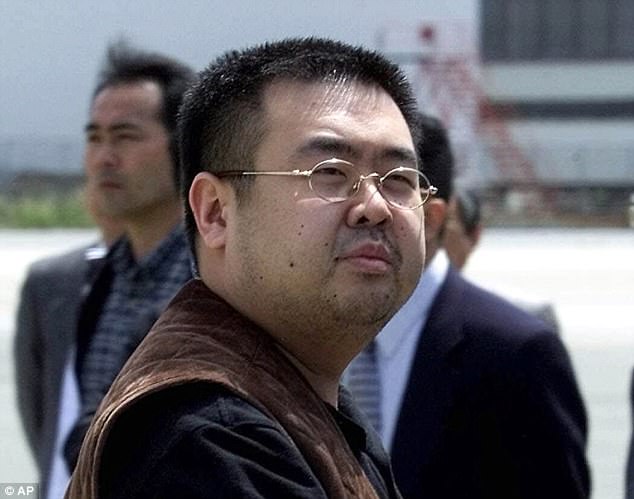 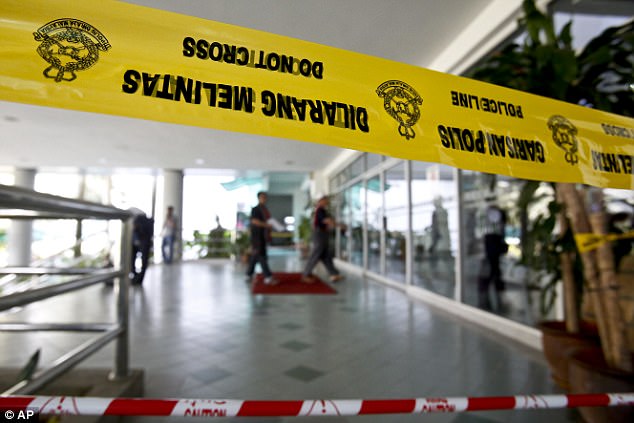 Four North Korea's fled Malaysia shortly after Kim died, and lawyer for the women argue that responsibility for his death rests with them

Gooi said outside court that Ri was merely known for recruiting Siti in January and that he was 'no longer in the scene' in February when Kim was assassinated.

Malaysian police had previously said that four North Korean suspects fled the country on the day that Kim was attacked at Kuala Lumpur's airport.

The trial at the Malaysian High Court resumed this month after a seven-week break.

On Monday, a witness told the court that Kim met an unidentified American on the Malaysian resort island of Langkawi on February 9, four days before his death.

Japan's Asahi Shimbun newspaper reported in May last year that the American was a US intelligence agent and that Kim was believed to have passed information to him.

A police computer forensics report showed that a laptop owned by Kim was last used on February 9, the day of the Langkawi meeting, and that a USB pendrive had been connected to it that day. 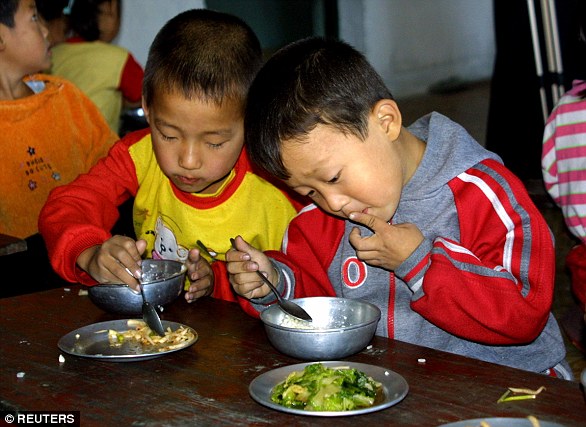 60,000 children in North Korea are facing potentially deadly malnutrition because sanctions are slowing the delivery of aid, Unicef says

'But what happens is that of course the banks, the companies that provide goods or ship goods are very careful.

'They don't want to take any risk of later on being associated (with) breaking the sanctions,' Abdi told a news briefing.

'That is what makes it more difficult for us to bring things. So it takes a little bit longer, especially in getting money into the country.

'But also in shipping goods to DPRK. There are not many shipping lines that operate in that area,' he said.

Sanctions on fuel have been tightened, making it more scarce and expensive, Abdi added. 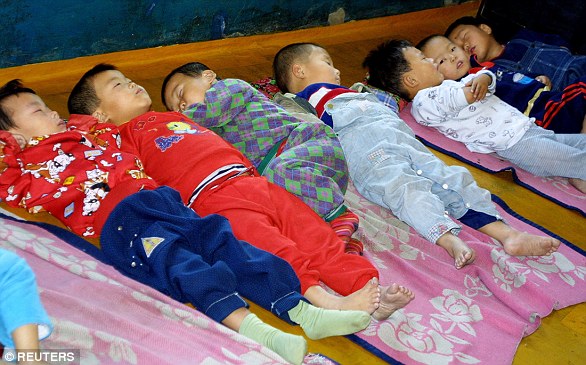 While sanctions do not directly affect aid, it slows the process of delivering vital supplies as extra checks need to be carried out, leaving the children at risk

'We are projecting that at some point during the year 60,000 children will become severely malnourished. This is the malnutrition that potentially can lead to death. It's protein and calorie malnutrition,' said Manuel Fontaine, director of UNICEF emergency programmes worldwide.

'So the trend is worrying, it's not getting any better.

'Diarrhoea related to poor sanitation and hygiene and acute malnutrition remains a leading cause of death among young children.'

Unicef is seeking $16.5 million this year to provide nutrition, health and water to North Koreans but faces 'operational challenges' due to the tense political context and 'unintended consequences' of sanctions, it said.

'It's a very close, and tightly monitored intervention which is purely humanitarian in its essence,' Fontaine said.

Unicef is one of only a few aid agencies with access to the isolated country, which suffered famine in the mid-1990s that killed up to three million people.

Bell the toast of the industry

Austrian car buyer to get refund for emissions-cheating Volkswagen