Sunday on CNN’s “Reliable Sources,” network host and former Obama administration green jobs czar Van Jones reacted to the back and forth between President Donald Trump and rapper mogul Jay-Z and said Jay-Z was setting a better example than Donald Trump.

On low unemployment, Jones said, “Just because we are continuing incremental progress, that doesn’t give you the right to be disrespectful.”

Discussing Jay-Z being open about the struggles in his marriage after he cheated on his wife singer Beyoncé, Jones said, “Jay-Z is setting a much better example for America than Donald Trump.” 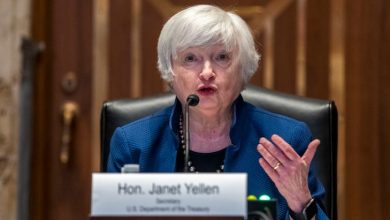 Treasury Department To Use Extraordinary Measures To Conserve Cash