"This is the seventeenth time this beach has been cleaned," says environmental engineer Ziad Abi Chaker. "This time by the municipality, the other 16 times by volunteers." This beach, by the banks of the River Kalb north of Beirut, is just one of many full of garbage that has washed up in the aftermath of a string of winter storms. For a country that once prided itself on its beauty, the pictures of filthy beaches that have multiplied on social media are an embarrassment. It's a reminder of what Lebanon once was, and the mess it has become.Since 2015, Lebanon has been grappling with a nation-wide garbage crisis. Existing landfills are full to bursting, and few towns and cities want new ones built nearby. In 2015, when the tiny country's main landfill passed its expiration date, the trash crisis came to a head. A movement called "You Stink" (in Arabic Til'it Ree'hitkom) put pressure on the government to clean up the mess. Tens of thousands of Lebanese responding to You Stink's calls to protest took to the streets; some of the loudest chants called for the overthrow of the government, and after riots broke out, Lebanon's military was deployed to the streets. For months, the reek of rotting garbage hung over Beirut. At one point, a ridge of white garbage bags snaked for several kilometers along the city's main river before finally being removed. Since the days of "You Stink," the problem of trash has mostly been removed from plain view, but it hasn't been solved. Around 900 open landfills continue to fester, according to Human Rights Watch. Much of that trash is being burned. 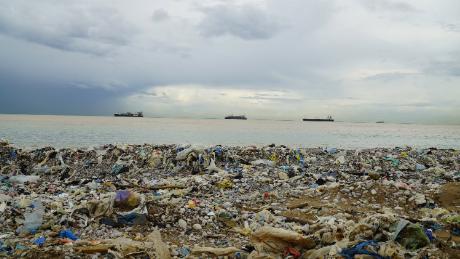 But recent winter storms have brought the issue back to public attention. The trash that washes down the River Kalb has turned a once idyllic picnic spot into what, in some places, looks like a garbage dump. Johnny, a man in his early sixties, surveys the scene with despair. "Our family brought food here on Sundays and holidays," he recalls. "We would drink water from the river, clean water." And now? I ask. "It's there in front of you," he responds, nodding to the gushing brown water, its banks strewn with blue and white plastic bags hanging from branches and twisted in the tall grass. 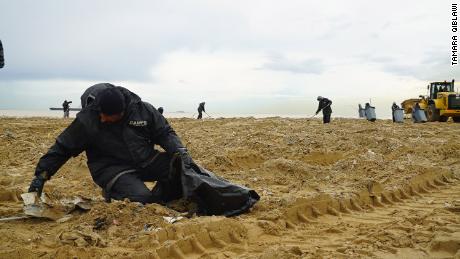 The uproar sparked by images of the trash-infested beaches has set off another round of blame and recrimination among Lebanese politicians, who excel at finger pointing but fall short when it comes to solutions.One possible remedy is to build a giant incinerator on the northern outskirts of Beirut. To environmental engineer Ziad Abi Chaker, it's a solution almost as bad as the problem it's intended to solve."I think that's the most reckless decision we can ever make," he tells me as we pick our way around the rubbish on the beach. "They tell you, we're going to get the incinerator from Europe or from the States, or wherever. Yes, that's fine, but in Europe and the States, they have very stringent regulations on emissions. Who here is going to guarantee they aren't going to be emitting dioxins and furans into the air? All of these are carcinogenic gases."Abi Chaker has been fighting to clean up Lebanon's environment since his teenage years. While others gripe and complain, he is trying to change the country's deeply engrained "use and toss" mentality. 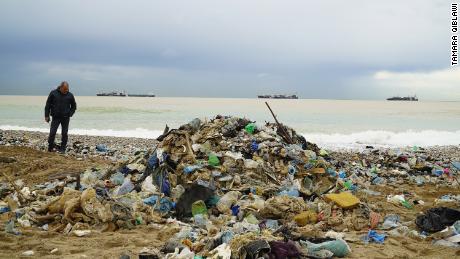 Surveying the mess at our feet, I ask if there is something that can be done with all of this."Of course!" he responds, picking up three flattened, twisted plastic bottles. "This is called PT plastic. This is one of the most expensive plastics you have, and this is entirely recyclable, infinitely recyclable."This beach, he added, has about $10,000 worth of recyclable plastics. And that's just one small beach among many.The name Lebanon comes from the Phoenician word for white, apparently a reference to the snowcapped peaks of Mount Lebanon, once easily visible from Beirut. Today the thick brown smog that hovers over the capital obscures the view of the mountains. The sea is awash with garbage in many parts and the country's once famous beaches are a mess. Perhaps the time has come for Lebanon to change its name.

Sudan turns to UN over territory dispute with Egypt