Wes Ball can play back the moments of Dylan O’Brien’s accident on the set of The Maze Runner: The Death Cure ‘in perfect resolution’.

‘I was right there, we were away from the rest of the crew so it was just a couple of us out there, I was the first one to get to him and… I can play it back it back in my mind in perfect resolution,’ says Ball.

As Ball speaks he keeps his head down, open to talking about the devastating moments when Dylan was injured as they shot what Ball didn’t consider to be a ‘particularly dangerous’ scene, but also clearly affected by that time.

‘I feel responsible, I am the director and there is a trust there, and I let him down.

‘That was something we had to overcome together, and he’s my friend not just my actor, so there is a lot of pain, and it’s something I will carry for the rest of my life and career, and maybe for the better?

‘I certainly approach things differently now, I don’t do anything lightly. It wasn’t something that I thought was particularly dangerous but Dylan got hurt, and so it’s unfortunate and it’s terrible the pain Dylan went through, internally and mentally, but damn he got back up on the horse and this movie could have easily not been made.’

Back up on the horse is certainly something Dylan did, as did the rest of the cast and Ball, who had worked with them for years since they joined the multi-film series back in 2012.

Now, as it comes to an end with The Death Cure – a year late as production halted to allow Dylan to recover – Ball admits he is ready to move on.

He began his feature film career with the series, having been given the responsibility by the studio on the back of one successful short film – Ruin – but he admits that he will now always be chasing ‘that audience experience’ he saw with the franchise.

‘It’s not lost on me how lucky I am that they gave me the first movie, and sure, it’s crazy, but I am glad it’s worked out and been successful for the studio,’ he says.

‘I feel like I have learned a lot from these movies, I have honed my craft, and now the challenge is find new stories and different stories to tell.

‘I know that we have such a core fan vase that we make these movies for, and it’s amazing watching it with those fans, when they are moved to tears or they cheer – I will always chase that, that audience experience.’

After the past six years Ball has now also formed a core circle of crew around him that he relies on and plans to bring with him on his next adventure, although it may not be a big budget action movie.

‘It’s been fun to give the [actors] more to chew on, more acting [as the series went on]. For me, this is the most fun, not the action scenes but the quiet little moments when they can just act, and you put the camera there and watch.

‘That’s what I love. There’s one scene in the movie, the church scene, and it’s this great scene with three different groups we’ve been tracking for the last three movies and now we’re moving perspectives through these groups and it’s fun.

‘In the future maybe i won’t do an action movie, I’ll just do a simple film.’

The Maze Runner: Death Cure is out in cinemas on 26 January.

MORE: Like The Maze Runner? Here are the 10 best young adult films on Netflix

MORE: Kaya Scodelario refused to sign on to The Maze Runner without knowing character’s fate

Coronation Street spoilers: New agony for Sinead Tinker tonight as she is diagnosed with cancer 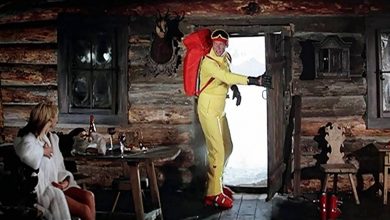