By Max Winters For Mailonline

Alexis Sanchez and his Manchester United team-mates have arrived at their hotel prior to their FA Cup fourth round tie against Yeovil and immediately went for a stretch in the car park.

The Chilean attacker is pictured in the club's tracksuit outside The Hollies Hotel as he made his way into the three star establishment.

Sanchez completed his high profile move to Old Trafford earlier this week and this could be the strongest sign yet that boss Jose Mourinho is set to hand his new man his debut on Friday night. 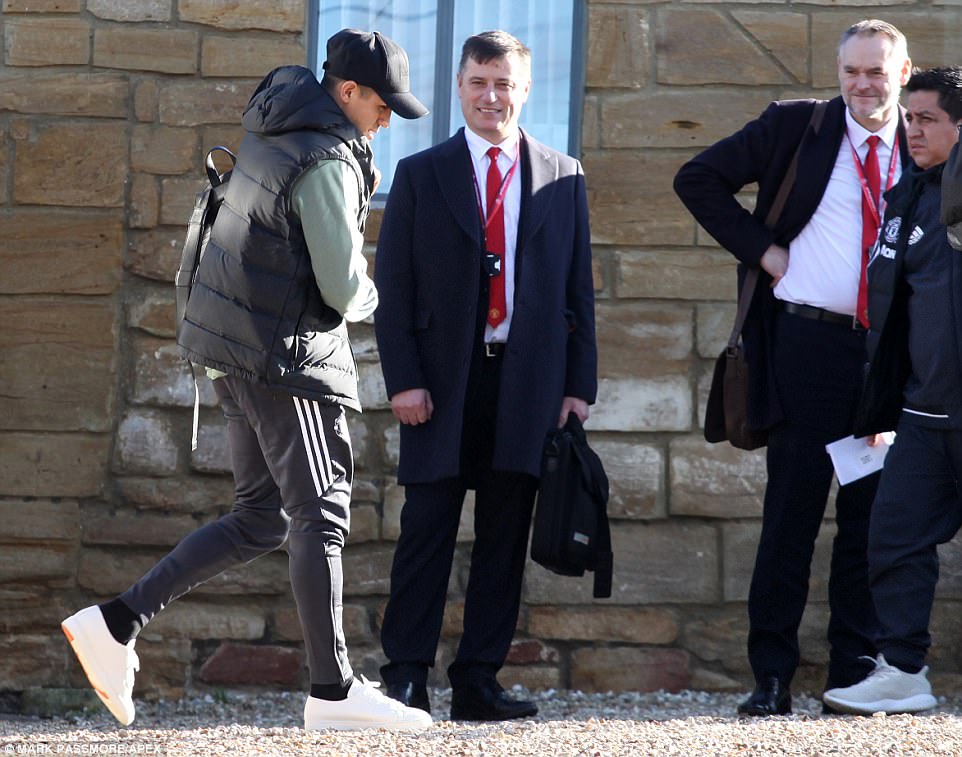 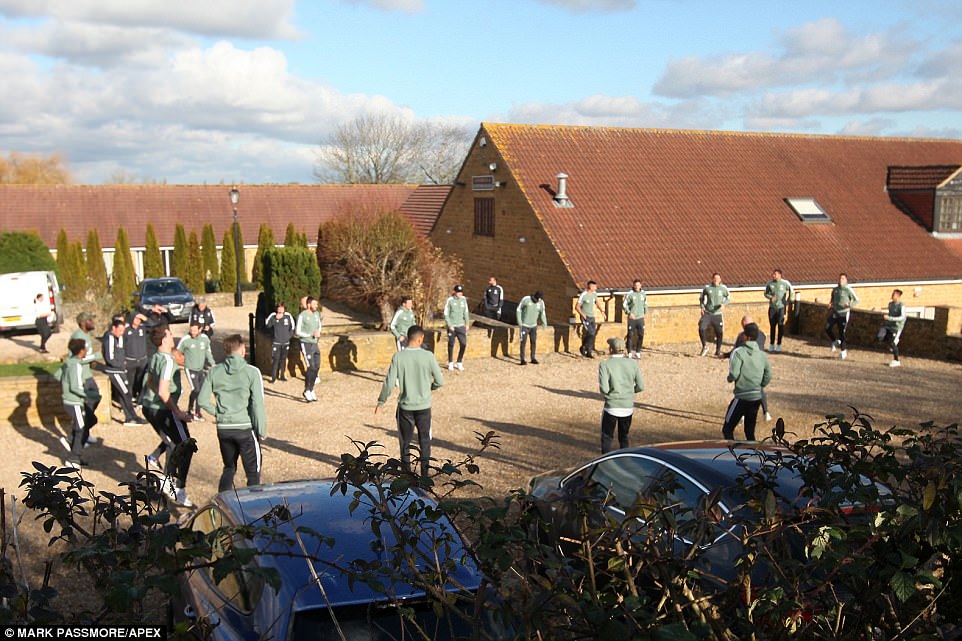 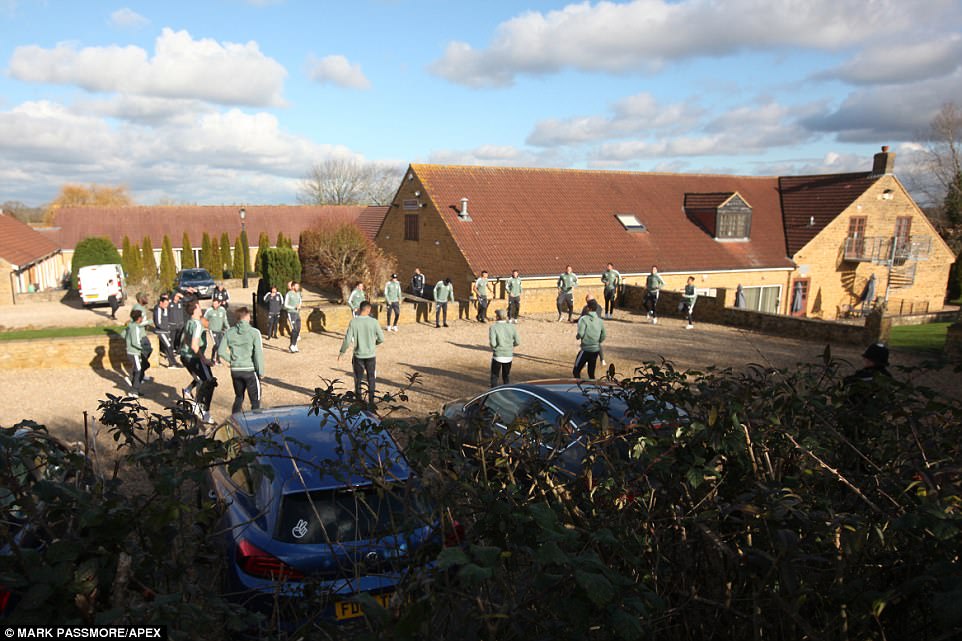 United will be expected to progress through their fourth-round tie on Friday evening and fans will be hoping they can do it in style.

It is not yet clear how Mourinho will fit Sanchez in the side but we could be set to find out with the star eligible to play in the competition having missed Arsenal's shock defeat against Nottingham Forest.

Mourinho may also call upon highly rated 17-year-old midfielder Angel Gomes, who travelled with the team on Friday morning. 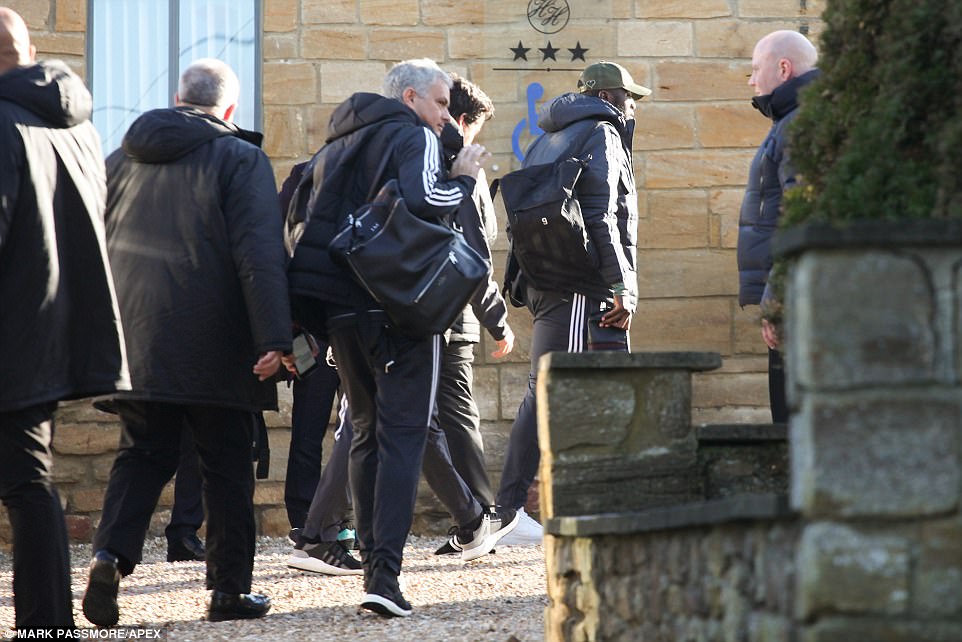 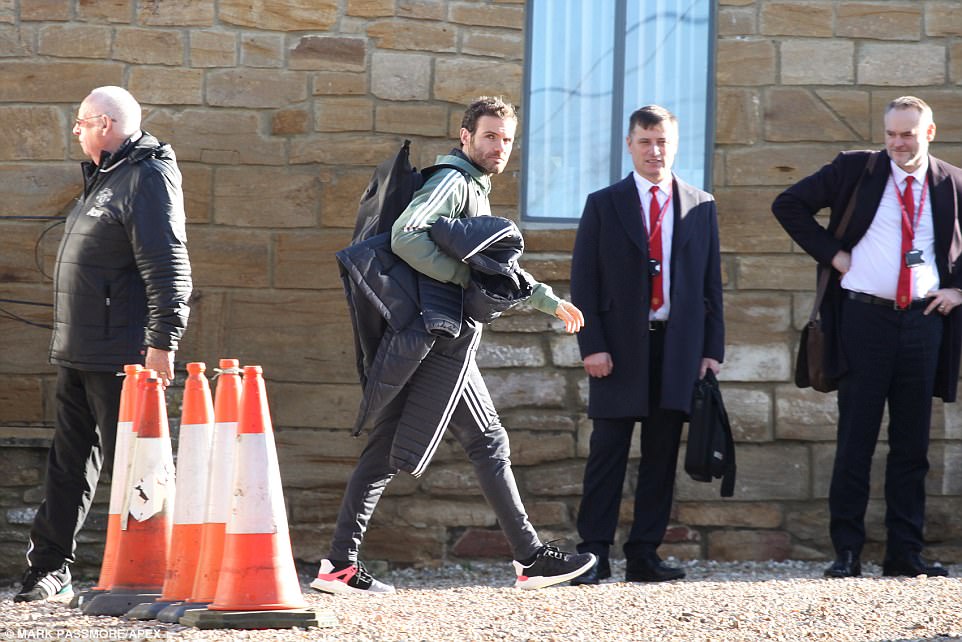 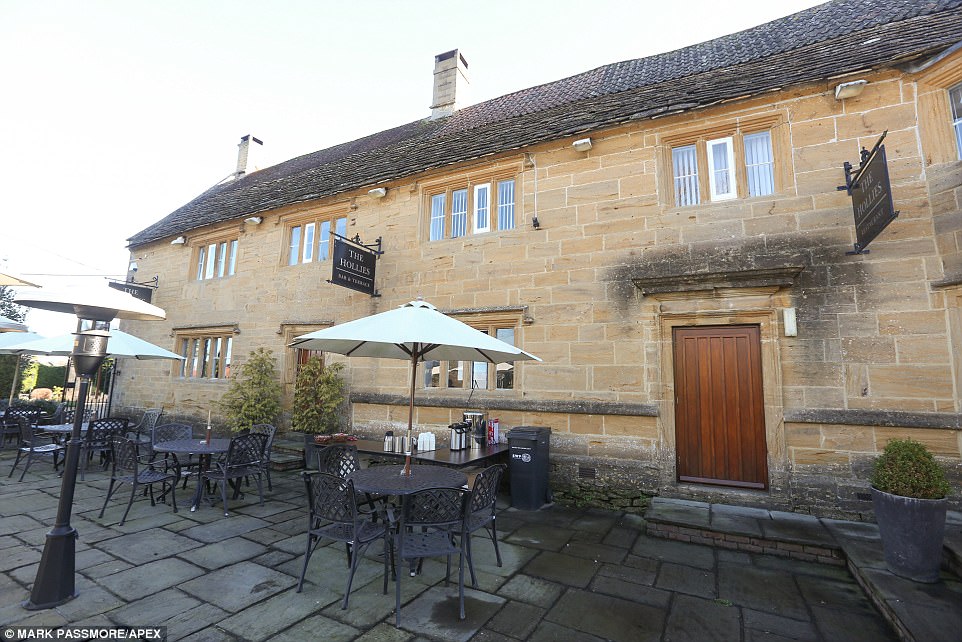 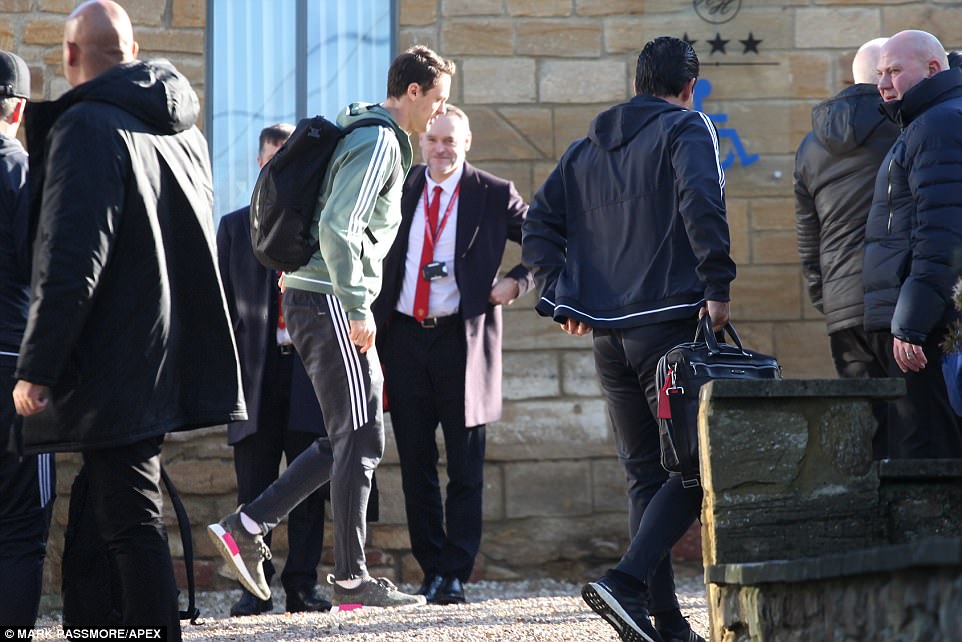 The United boss praised his new star Sanchez after signing his own new long-term contract.

Talking about the Sanchez deal, he said: 'I think it's a very good deal for us and the player has a fantastic contract.

'How much would Alexis Sanchez cost in normal transfer, club to club, as a player with two or three years on his contract? 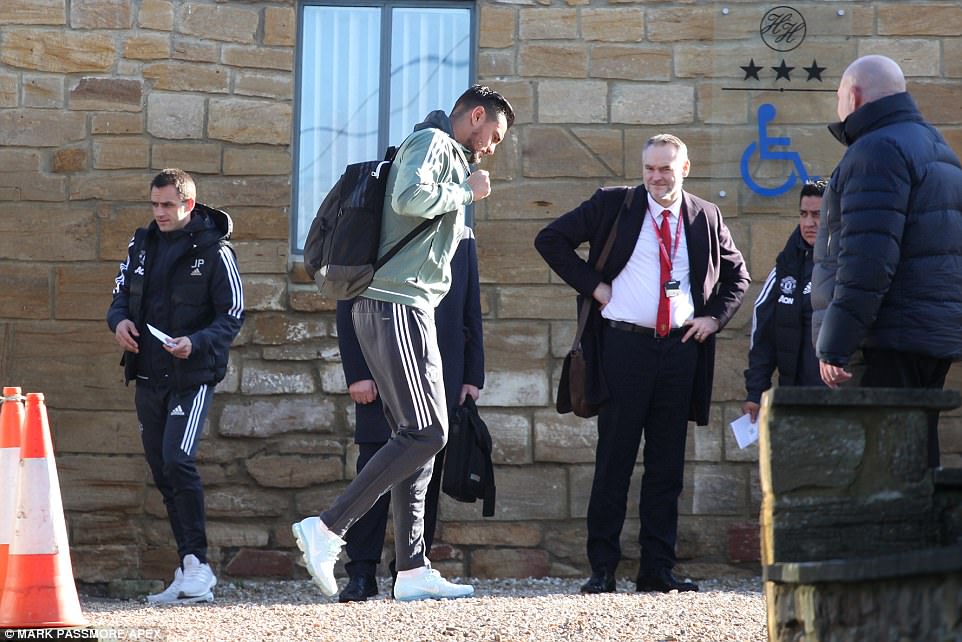 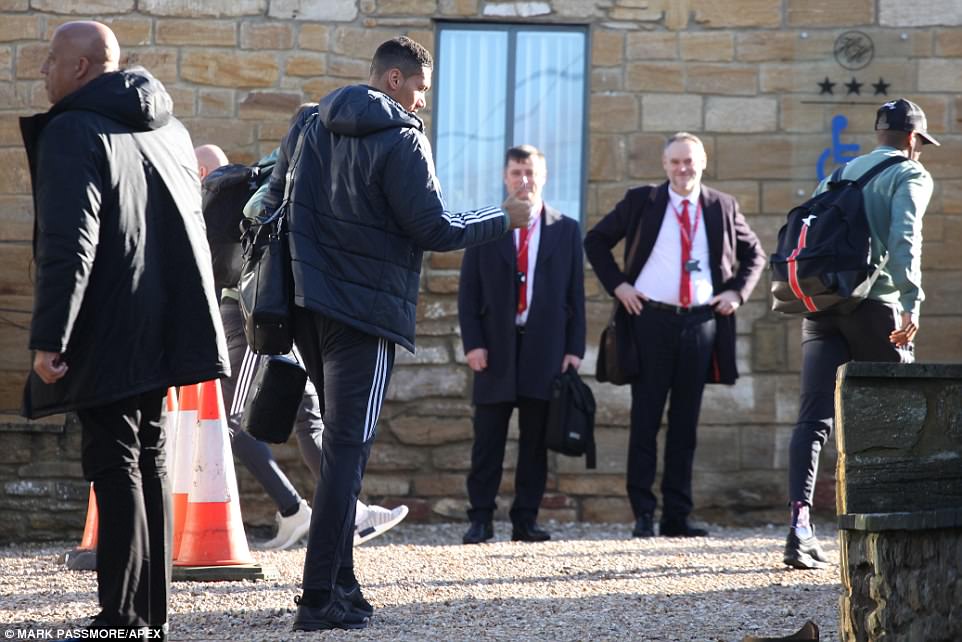 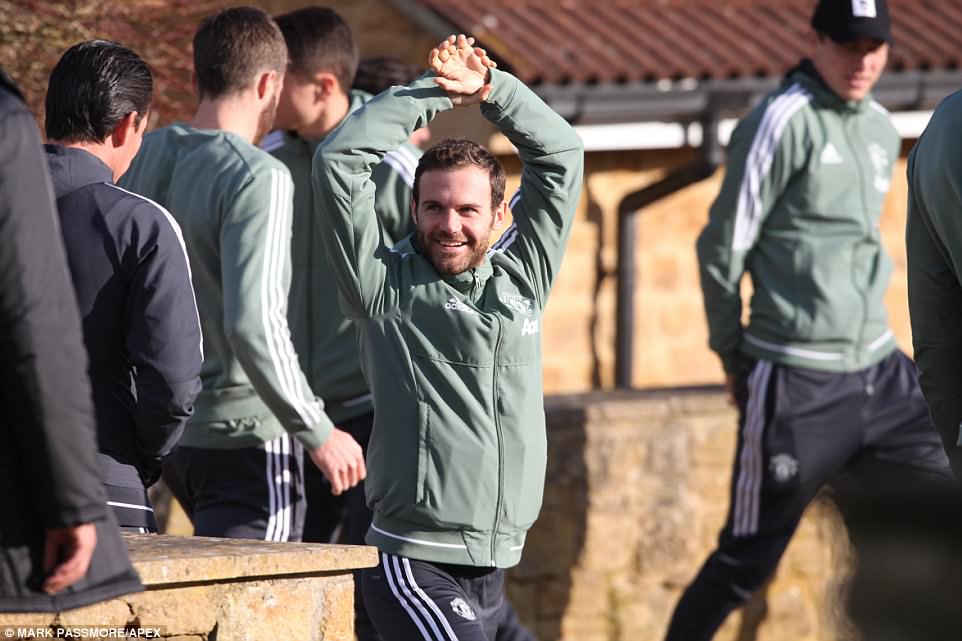 United's players will be spending the night in the village of Bower Hinton, located just under seven miles from Yeovil's Huish Park. Mourinho was also pictured disembarking the club's transport and heading into the lobby as the players get settled in.

Nemanja Matic strolled off the coach as he hopes for a quiet night against the League Two strugglers while star striker Romelu Lukaku walked in front of Mourinho. Chris Smalling and Sergio Romero were also visible with the latter hoping to impress if he is chosen to start in goal.

Friday's match marks an historic evening for Mourinho who will be celebrating his 55th birthday by leading United for the 100th time. In the 99 games of his tenure so far, the Red Devils have claimed 61 wins, 23 draws and fallen to defeat on 15 occasions.

Where are Jose Mourinho and his players staying?