By James Gordon For Dailymail.com

The eagle is floating!

A couple of bald eagles deiced to rest their wings and instead float down the Mississippi.

The usual sight was captured on camera by Brian Woolman who was standing alongside the banks of the river when he noticed the beautiful birds on their journey.

One bald eagle comes into the frame until moments later when a second bald eagle is seen enjoying the rush of being moved along by the rapid ice flows. 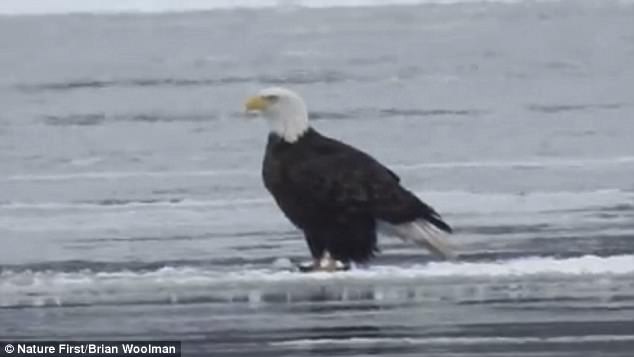 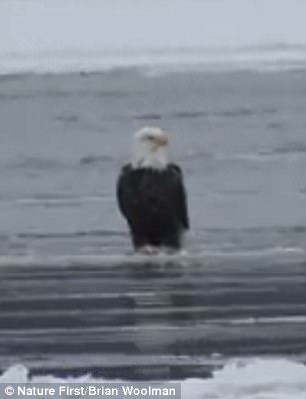 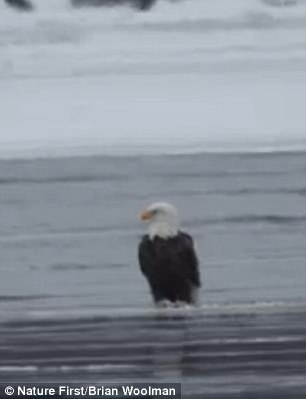 Woolman was some distance away from where the protected birds were enjoying their wintry ride but he was able to capture the superb footage with his camera's zoom lens.

His video of the Eagles shared on Facebook on January 19 has since gone viral and racking up 1.6 million views.

The video was taken at the Lock and Dam No. 18 near Gladstone, Illinois, located on the upper part of the Mississippi River. 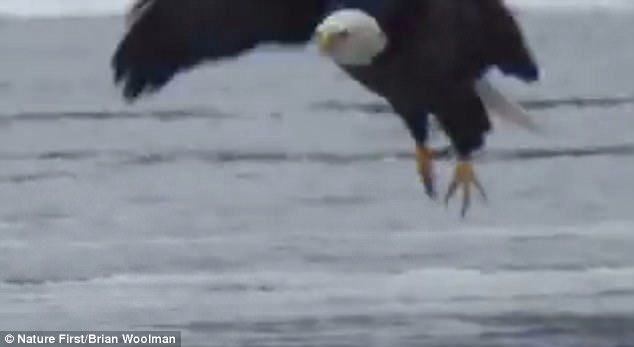 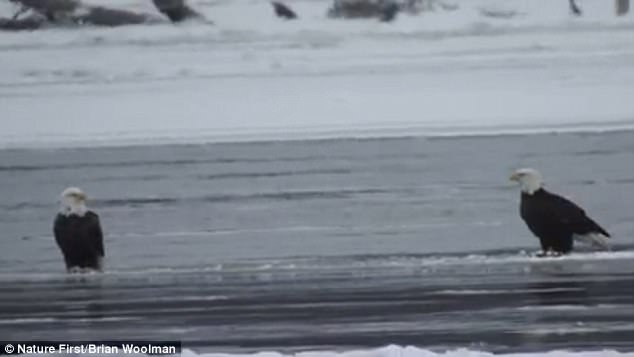 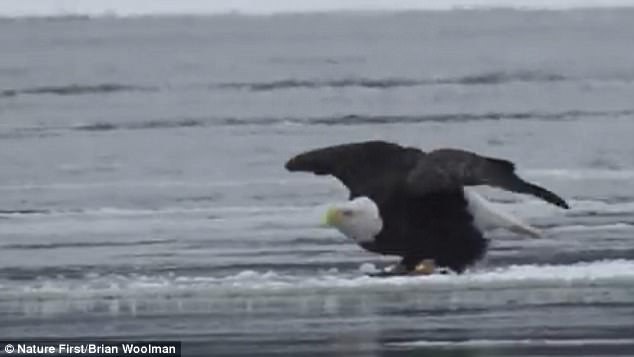 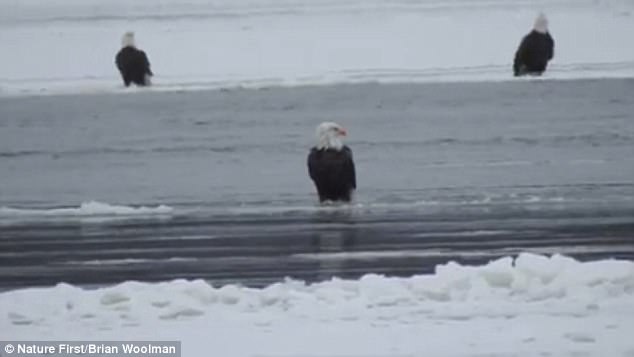 Other eagles watched from the sheets of ice along the riverbanks