By Sanchez Manning Social Affairs Correspondent For The Mail On Sunday

A bearded NHS patient who was born male has been invited to have a cervical smear test after registering as gender neutral with a GP.

Originally called Mathew Whelan but now known as 'King of Ink Land' – as Britain's most tattooed person – the patient was 'shocked' to be asked in a letter from the NHS to come in for the routine test despite not having a cervix.

The bizarre request has emerged just a week after The Mail on Sunday revealed the official NHS practice is that transgender people will be invited to be tested according to the gender they register with their doctor – unless they specify otherwise.

The guidance, in a booklet titled 'NHS Screening Programmes – Information for Trans People', has also resulted in transgender patients no longer being invited for potentially life-saving routine tests, such as for breast cancer in people who were born female but have registered as male with their GP.

The patient who received the request – now known after a name change by deed poll as King of Ink Land King Body Art The Extreme Ink-Ite, or Body Art for short – prefers to be known as neither male nor female and uses the gender-neutral title 'Mx'.

Speaking last night to The Mail on Sunday, the 38-year-old said: 'I thought seriously this can't be right.

'This is a letter and booklet that could go to someone who really needed it. It's such a massive waste of time.

'If I wanted to, I could book an appointment and go along just to prove the whole craziness of this.

'I guarantee that I haven't got any of those body parts.'

Talking about registering as gender-neutral with the NHS last year, Body Art said: 'I registered as Mx with my GP at the end of last year.

'When I did so my doctor said you're making valid points that your body transcends gender. I'm walking, talking, breathing art.

'I was born male, I'm straight and I date women. I wear men's clothes and use the men's toilets.

'But I'm transgender in the sense that I have 'transformed' my body, rather than because I identify with any particular gender.

'I've transformed by staining my skin with tattoos.

'I've stained my eyeballs and had body sculpting done, including silicone implants in my left arm, right hand and chest.' 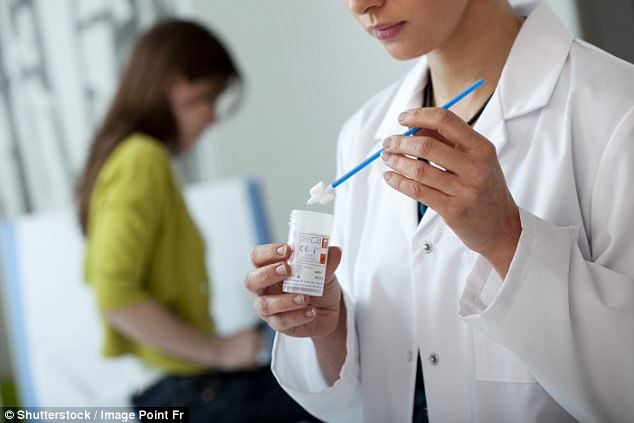 Smear tests are given to women of certain age groups to detect the early signs of cervical cancer. File image used

It is not clear whether the smear test letter means Body Art, an entrepreneur from Birmingham, will from now be treated as both male and female in NHS screening programmes.

Left-wing feminist Linda Bellos said: 'This is just silly. But on a more serious note, I think the NHS is just jumping on a gender bandwagon and endangering lives.

'This just sounds like the National Health Service getting their knickers in a twist.'

Cervical cancer claims the lives of 900 women each year in Britain.

Without the NHS screening programme, the number would be much higher.

'Where people feel they are not being referred correctly, they can speak to their GP or the screening service to ensure they are offered the right services.'

Call for new ideas on turning waste into a resource

The image that captured an Austrian region’s fateful choice