But the US announcement that it will back a border protection force for Kurds in northern Syria answers one key question: what happens once the fight against ISIS — led and endured with huge losses by US-backed Syrian Kurds — finally ends?It is clear now that the US is not wholesale leaving the country, but instead planning to train up a 30,000-strong force to keep ISIS from coming back and to assist local Kurds in keeping a grasp on the land they now control northeast of the Euphrates River. Part of this may be rooted in history: the US was accused of abandoning the Iraqi Kurds back in the '90s, and don't want to duck out again. Part of it may be about ISIS, whose militants remain scattered across the swathes of desert there, in refugee camps, or trying to cross into southern Turkey. Part of it too may also be about Iran, an effort to curtail Tehran's growing influence in that area. Iranian-backed militias have great sway across the border in Iraq, and Iran backs the Syrian regime on the other side of the Euphrates.The Syrian Kurds have always sought to court all the main actors in the country — including Russia — and keep their options open. But continued American assistance means the Pentagon will get to have a say in what happens in that vast expanse of desert — which, in its most geopolitically broad definition, runs from Iran to Israel — in the coming years.But there is one friend the US may have failed to take into consideration — Turkey, whose leaders are enraged by the announcement of the new border force. 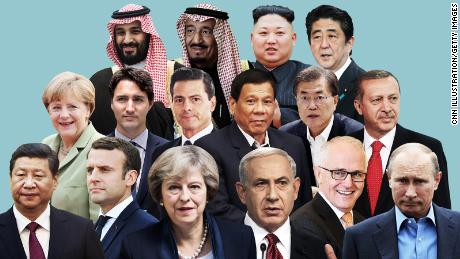 Turkish President Recep Tayyip Erdogan has accused the US of "building an army of terror" on his border and threatened to "drown" the US-backed force. On Tuesday, Foreign Minister Mevlut Cavusoglu suggested that a Turkish operation to root out Kurdish militants may extend from the Syrian border region of Afrin to east of the Euphrates, according to the state-run Anadolu news agency. Turkish tanks and troops have been amassing on the border since the weekend. It is extraordinary to hear a NATO ally openly threaten to "drown" a US-backed force, and possibly by extension the US troops implementing the program. But that is where the US-Turkish relationship is after the failed coup against Erdogan. Understandably, Ankara sees support for the Syrian Kurds — allies of Turkey's own Kurds, whom it sees as terrorists — as a betrayal by the US. But aside from a complete withdrawal, there are few other options for the US strategically. Washington has clearly calculated that it can afford to upset Erdogan, who is becoming more authoritarian at home and increasingly close to Russia (whose missile systems it is buying) abroad. On Wednesday, the Pentagon said in a statement that the US "continues to train local security forces in Syria … this is not a new 'army' or conventional 'border guard' force." "That entire situation has been misportrayed, misdescribed," US Secretary of State Rex Tillerson added Wednesday, Reuters reported. "Some people misspoke. We are not creating a border security force at all."But while Barack Obama fought long and hard to stay out of Syria's civil war, his successor doesn't seem to have or want that option, even as the conflict begins to shudder towards its end. And the post-ISIS Middle East is getting more complicated, fraying old alliances — and forging new ones — day by day.This story has been updated to include the Pentagon's statement and remarks from US Secretary of State Rex Tillerson.

German IS rapper killed in air strike in Syria: Monitor

Series of explosions in Iraqs oil city of Kirkuk kills five, many injured