TABUK, Saudi Arabia: The General Authority of Meteorology and Environmental Protection has forecast that the regions of the Kingdom will witness snowfall on Thursday and Friday.

It also forecast temperatures to fall below zero in Tabuk region, with a 10 percent chance of rainfall.

Hussein Al-Qahtani, spokesman for the authority, told the Saudi Press Agency (SPA) that a cold air front will push toward the northern areas on Thursday and Friday, and will continue until the middle of next week. This front is expected to cause snowfall particularly in the Northern Borders and Jawf regions, accompanied by very low temperatures, reaching -2°C.

The front will also cause sporadic rain on Friday morning and afternoon. Large areas of the Kingdom, including the northern regions, Riyadh and the Eastern Province, will experience dust storms which may reduce horizontal visibility to around 1,000 meters or less. 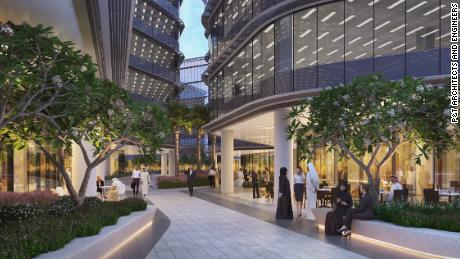 A ‘city’ for online shopping is being built in Dubai

Riyadh forum aims to promote cultural of peace and coexistence