DUBAI: Saudi Arabia’s King Salman has issued a directive to transfer $2 billion to Yemen’s central bank on Wednesday to “alleviate the suffering” of the Yemeni people.
The bailout is expected to boost Yemen’s financial and economic situation while bolstering the Yemeni riyal. As the value of the riyal goes up, the living conditions of Yemeni citizens will change for the better.
The transfer aims to help the conflict-torn country to “cope with the economic burdens resulting from the crimes and violations committed by Iranian-backed Houthi militias,” Saudi state news agency SPA reported.
The Houthis have been accused of looting the state, seizing government revenues, including those generated from oil and its derivatives. They acquire this revenue in Yemeni riyal as they manipulate its exchange rate, the statement said.
“They are doing all this to pursue their own destructive objectives at the expense of the Yemeni people,” SPA cited, adding that their actions have resulted in a “steady devaluation of the currency, which has significantly damaged the lives of Yemenis for several years.”
This brings the total that Saudi Arabia has sent to Yemen’s Central Bank to $3 billion.
Saudi Arabia also reaffirmed its support for the Yemeni Government and stated that the Kingdom will continue to assist Yemen in its efforts to restore security and stability.
Meanwhile, Yemen's President Abed Rabbo Mansour Hadi extended his thanks to Saudi Arabia's king for the generous gesture to alleviate the suffering of the Yemeni people.
“The Kingdom, as usual, works to reassure the Yemeni people and prevent their destruction by … the Houthi militias,” Al-Ekhbariya TV quoted Hadi as saying.

Saudi crown prince to Putin: Our cooperation is beneficial to the world 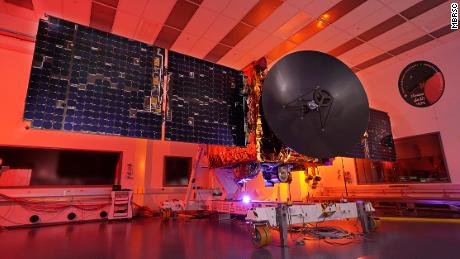