By Adam Shergold for MailOnline

England were made to toil on day three of the fifth and final Ashes Test in Sydney as Australia finished on 479 for four, a lead of 133 runs.

Just two wickets fell during the entire day, those of Usman Khawaja who was finally dismissed for 171, and Steve smith, who was Mason Crane's first victim in Test cricket.

We round up some of the things you might have missed from the third day. 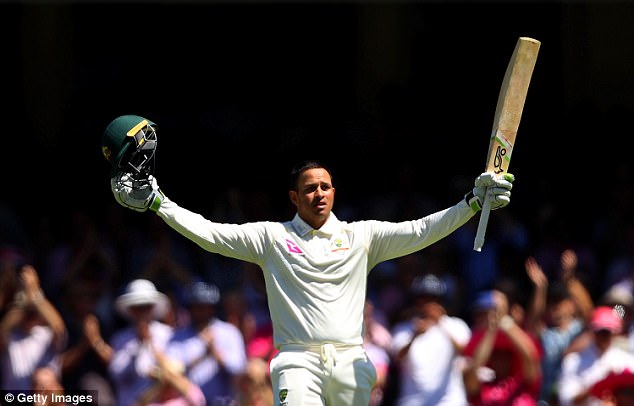 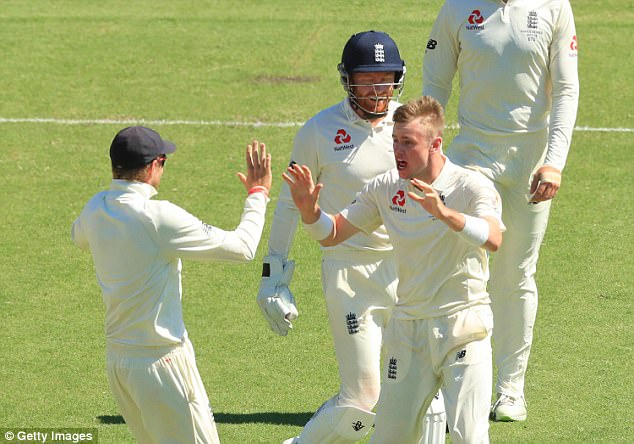 SYDNEY A SEA OF PINK!

The Sydney Cricket Ground was a sea of pink on the 10th annual Jane McGrath Day as everyone came together to remember the late wife of former Australia bowler Glenn McGrath and raise thousands for charity.

The day raises awareness and funds for the McGrath Foundation, which has provided 119 breast cancer care nurses and support to over 60,000 families Down Under.

Fans of both teams wore pink in the stands, as did the BT Sport and Channel Nine punditry teams, while the New South Wales Police donated their wages for the day to the cause.

Players from both England and Australia handed pink caps to McGrath on the outfield prior to the start of play and one of the stands was re-named the Jane McGrath Stand for the day.

The Foundation have the aim of raising $1.3million (£750,000) this year and this day will have gone a long way towards realising that ambition. 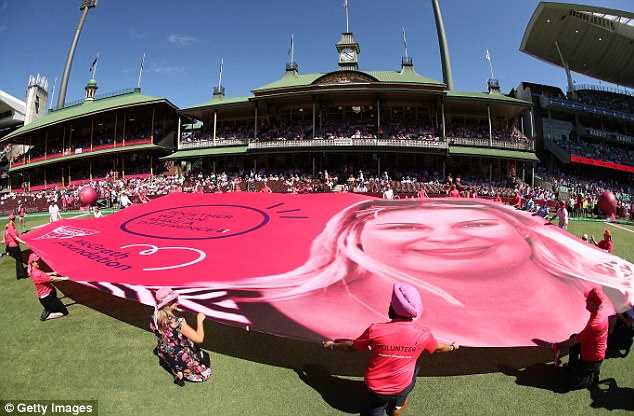 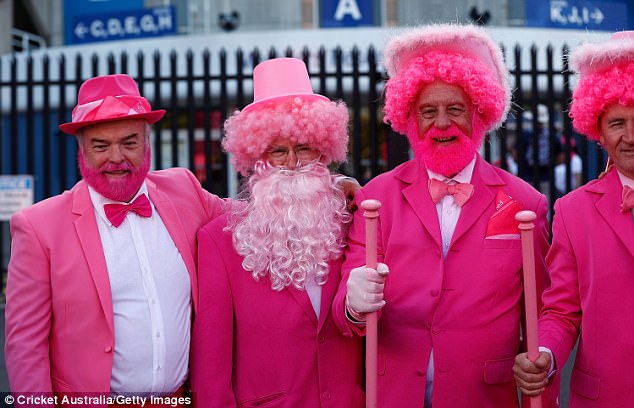 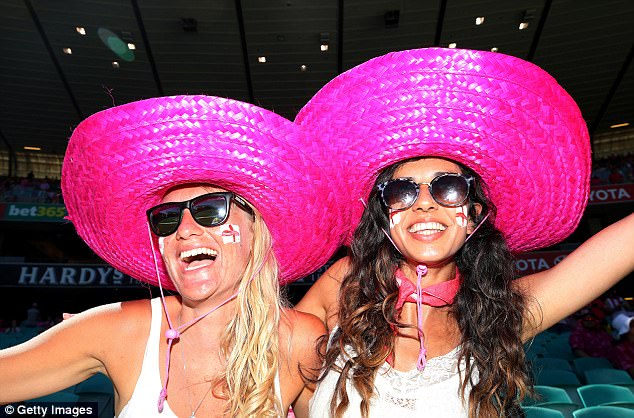 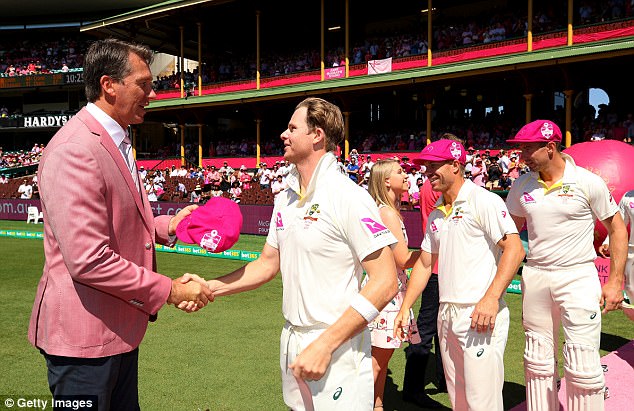 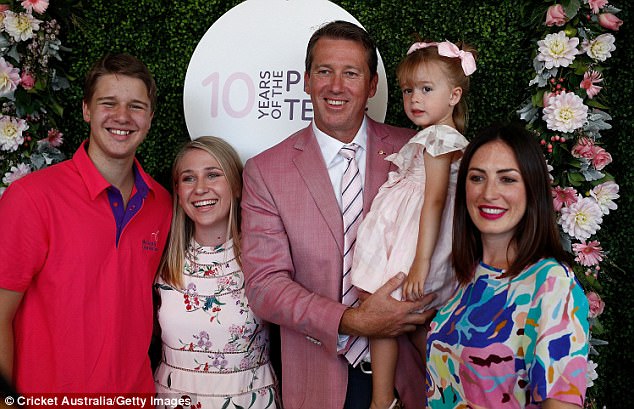 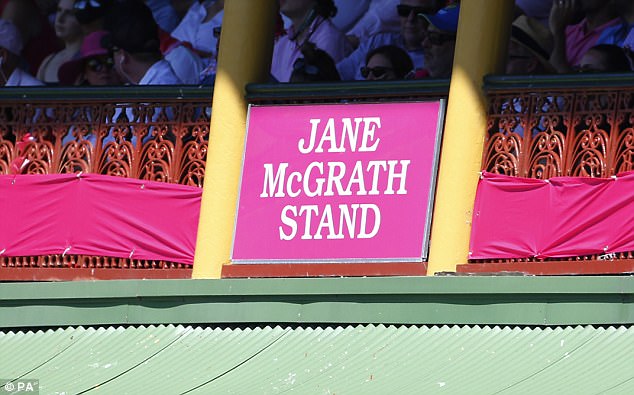 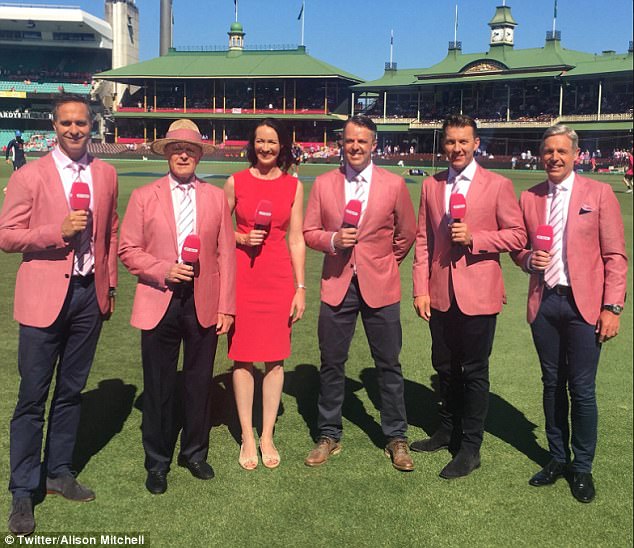 HOWZAT FOR A MASCOT!

There are some weird and downright wacky mascots in sport, but how about this?

Urnie the Urn was walking about at the Sydney Cricket Ground greeting fans, inspired, of course, by the tiny trophy at stake in this series.

But with temperatures in Sydney soaring towards 40C, you really have to pity the poor person inside the sweltering costume. 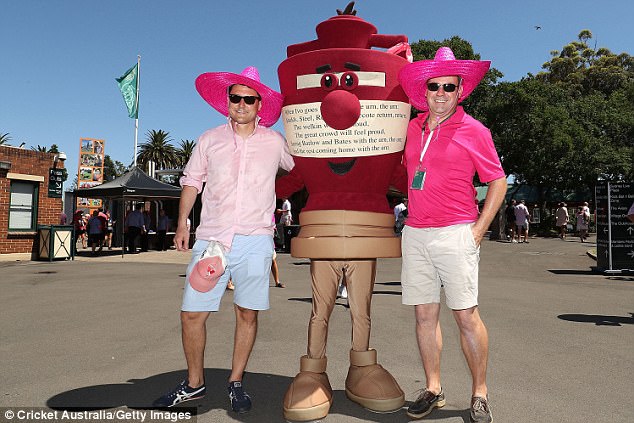 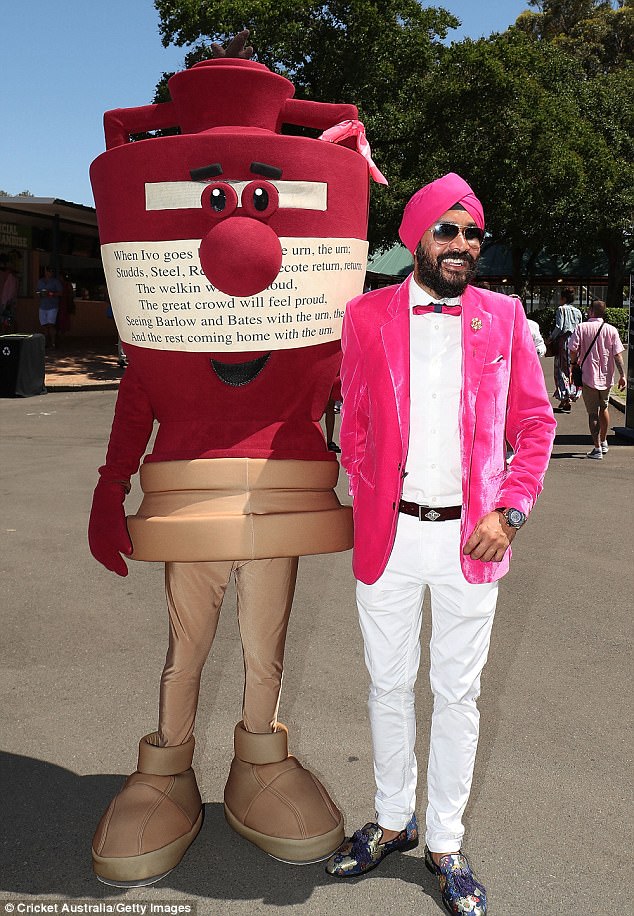 With scorching temperatures in Sydney, you have to pity the person inside the Urnie outfit

It was Usman Khawaja's day at the SCG as he struck 171 to move Australia into the lead.

It was his sixth century in Test matches but his first in the Ashes, a series in which he has often struggled to find form.

His mother, wearing a pink headscarf for Jane McGrath Day, certainly looked proud of him. 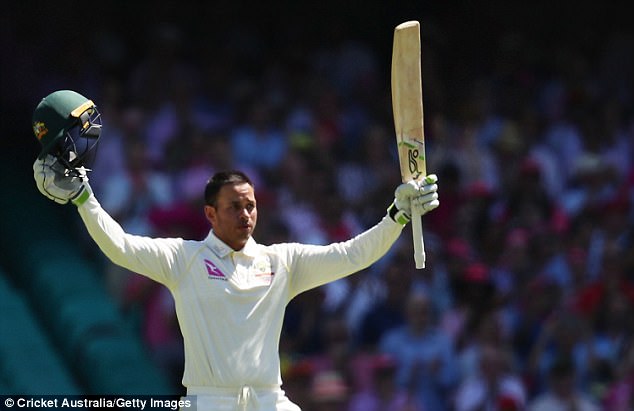 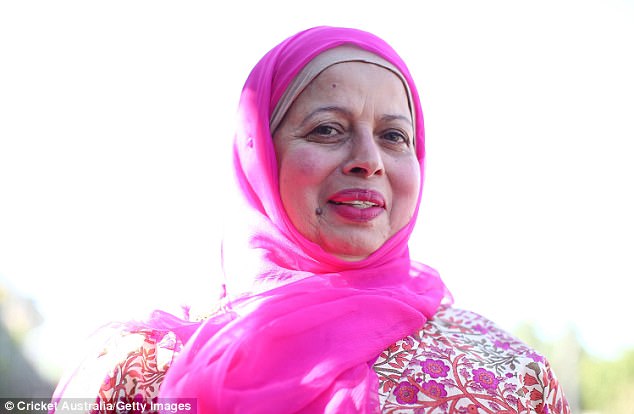 Mason Crane did claim his first Test wicket on day three, that of Usman Khawaja, but he might have got his man earlier.

Crane struck Khawaja on the pads with Australia 277 for three, it was given not out, but Joe Root decided to review it.

There was then much mirth as the replays showed Crane had overstepped the line by about half an inch, especially as the tracker showed the ball was going on to hit the stumps.

It delighted the locals in the crowd, especially since Crane had aborted his run-up three or four times beforehand in order to avoid no balls.

Crane became the fourth England bowler since the last Ashes down under to miss out on a maiden Test wicket because of an overstep.

Ben Stokes began the regrettable trend at Adelaide in 2013, and since then Mark Wood and most recently Tom Curran have also transgressed. 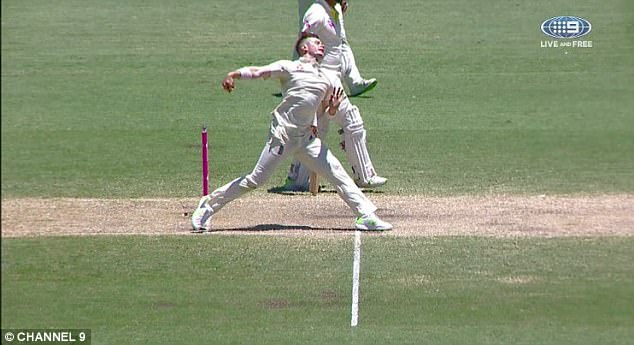 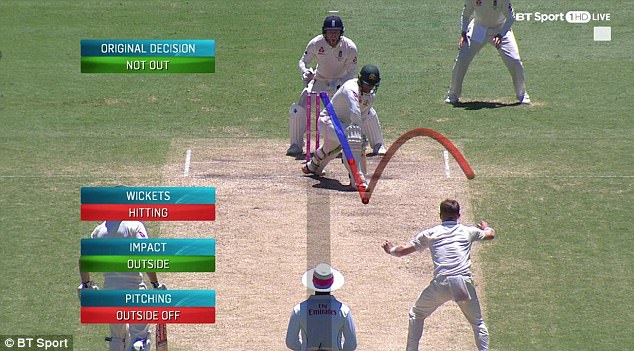 The tracker showed that the ball was going on to hit the stumps, causing more frustration

Joe Root's brother Billy has been enjoying himself in Sydney. He was once again sat amongst the Barmy Army and sipping a beer in the sunshine on day three.

To their great credit, the Barmy Army didn't stop singing throughout at the SCG despite the game getting away from England's grasp.

In all five Ashes Tests this winter, the team that has won the toss has gone on to concede a first innings deficit.