By Lara Keay For Mailonline

Police officers in rural Wales have been blasted for posting pictures of their cooked breakfasts online – because it's 'offensive' to vegans.

The North Wales Rural Crime Team has long been praised for its pioneering use of social media to raise awareness about rural offences.

But one Twitter user was not impressed when the force posted a picture of their fry ups.

Furious follower Diana commented: 'Speaking as a tax payer I'd prefer them to be less selective when answering questions and perhaps not post breakfast pics that offend vegetarian/vegan followers – pretty thoughtless considering the job title they have.' 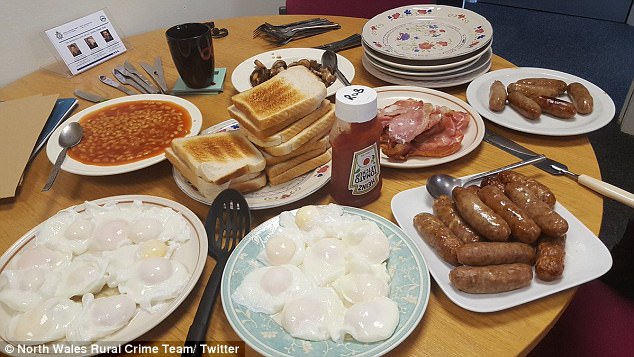 One Twitter user was not impressed when the North Wales Rural Crime Team posted a picture of their fry ups, blasting them for being 'offensive to vegans' 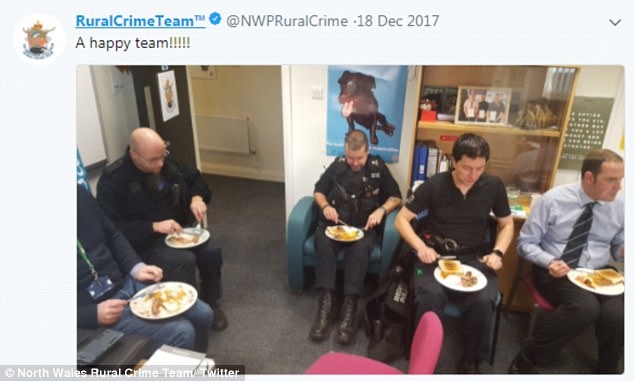 Farmer Jono Dixon replied: It's pathetic…The vegans are ruling the roost. They are nothing more than a menace.

'We as carnivores or vegetarians don't dictate about there preferred diet so its time they stopped trolling and whingeing about everyone's daily diets #moveon.'

The picture of a large pile of sausages, bacon, eggs, beans and toast was posted by the crime team in support of the Farmers' Union of Wales (FUW)'s Farmhouse Breakfast campaign.

The initiative encourages agricultural workers to get together over a cooked breakfast to consider the pressures facing the food and drink industry. 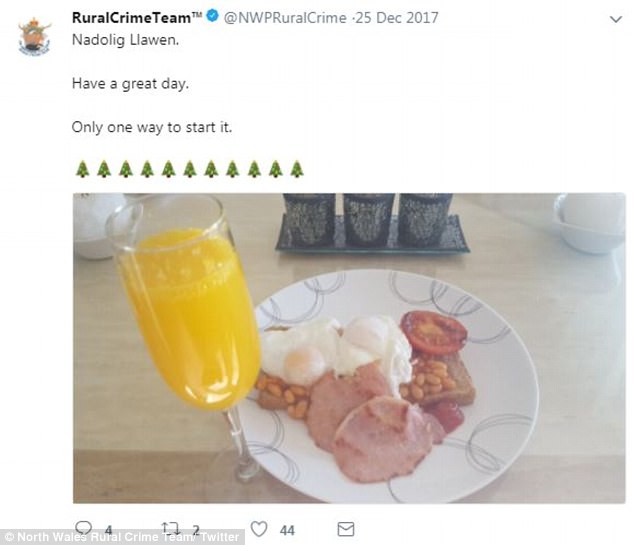 The initiative encourages agricultural workers to get together over a cooked breakfast to consider the pressures facing the food and drink industry. Pictured: Another police post of a fry-up from Christmas Day

Soon after the force's photo was posted, the team announced it would no longer be responding to comments on social media.

Rural Crime team leader Rob Taylor said the decision was nothing to do with the vegan backlash – but was instead the result of an 'overwhelming' number of replies.

He said: 'We regularly get 1m interactions each month and in August alone we had 1.9m.

'We just can't answer (all inquiries) any more as it's a huge commitment.

'Over Christmas we had too much general interaction with people from various walks of life bombarding our feed with questions and we couldn't cope.' 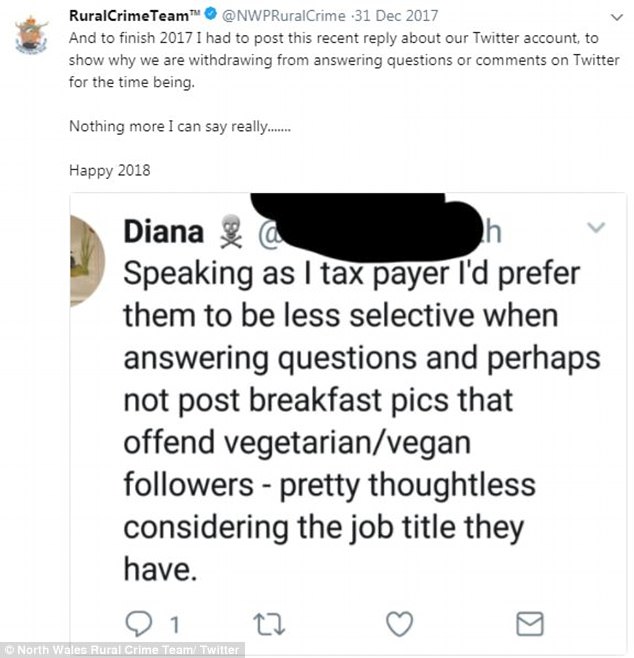 Announcing the decision on Twitter, a force spokesman said: 'We have considered all options and from immediate effect we will cease responding to comments and questions until further notice.'

But between Christmas Day and New Year's Day there had been no pictures posted of any breakfasts.

Uploading an image of a meat-free fry up, today the team tweeted: 'At some point you have to draw a line under it…'

Mr Taylor has continued to deny the decision was down to the vegan backlash, slamming reports as 'fake news' and 'completely untrue'.

The incident comes days after a chef was forced to resign for posting about vegans on social media.

Laura Goodman, 47, ranted on Facebook about how she spent hours preparing a special menu for a party of vegan and vegetarian guests at her Italian restaurant.

But she lost her temper when one of them ordered a Margherita pizza topped with mozzarella on Saturday night.

The chef, who co-owns the Carlini Italian in Shifnal, Shropshire, drank wine before going on Facebook to tell how she 'spiked a vegan a few hours ago'.

She has now apologised after it emerged police are investigating death threats made against her. 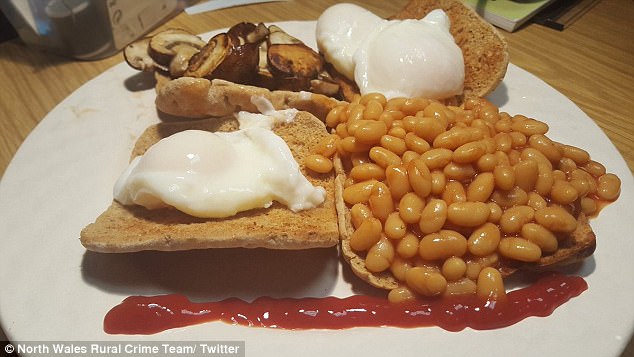 Referring to the incident, the team tweeted a picture of a meat-free breakfast with a line of ketchup underneath it saying: 'At some point you have to draw a line under it…'