"In the search for a solution for the insolvent Air Berlin subsidiary, Niki, everything is pointing to a sale to British Airways parent IAG," DPA wrote, without revealing its sources.

Niki's insolvency administrator Lucas Floether earlier announced that creditors had agreed to begin final talks with a chosen bidder. He did not identify the bidder, but IAG — which also owns Spanish carrier Iberia — was widely reported to be one of four parties in the running to snap up all or parts of the holiday carrier.

Floether has previously said he wanted a deal to be clinched before the end of the month given Niki's urgent need for fresh funding. IAG declined to comment when contacted by AFP.

Niki, the Austrian unit of failed Air Berlin, was forced to stop flying on December 14th after Lufthansa dropped plans to buy it because of EU competition concerns.

One of the four bidders for Niki, Austrian former Formula One champion Niki Lauda, told reporters his bid to re-acquire the airline he founded in 2003 had failed.

"I'm no longer in the race," he told Austrian media, predicting that the airline would be dismantled.

"A sale abroad, as now seems likely, means a break-up (of the airline). This is a tragedy," he said.

Germany's Tuifly and Thomas Cook's German subsidiary Condor were understood to be the other two parties interested in scooping up Niki, which employs some 1,000 people.

Niki ceased flying the next day, stranding thousands of passengers. Lufthansa dropped its interest in acquiring Niki along with large parts of parent company Air Berlin after EU regulators expressed their concerns.

While 2017 has been a bruising year for some European airlines — after the collapse of Air Berlin and Monarch Airlines in the UK, and as Alitalia in Italy went into administration — IAG has bucked the trend.

The Anglo-Spanish group, owner also of Aer Lingus and budget airline Vueling, has said it expects underlying operating profit to hit 3.0 billion euros ($3.5 billion) in 2017, a 20-percent jump on the year before, thanks to rising demand and falling costs.

Volunteers give a little, change a lot 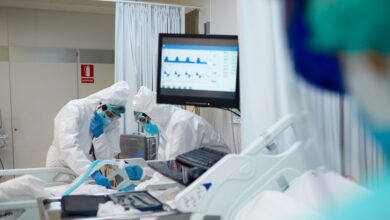