Conor McGregor and Khabib Nurmagomedov have stepped up their rivalry by exchanging insults on social media.

The UFC fighters are on the path to one day facing off in the octagon, with McGregor the lightweight champion and Nurmagomedov one of the division’s top contenders.

McGregor will most likely take on interim champion Tony Ferguson in his first title defence, but that has not stopped the Irishman trading shots with Nurmagomedov on Twitter.

Nurmagomedov returned from a 13-month absence at UFC 219 to convincingly beat Edson Barboza, but McGregor was far from impressed with his performance.

McGregor’s barbs sparked an entertaining exchange with Nurmagomedov, as both men showed off their unique and hilarious sense of humour.

After Nurmagomedov replied to McGregor’s initial putdown with a picture of him chasing his rival on a bear, McGregor responded: ‘I slaughter your pets and wear them as coats. And I only wear them once.’

Nurmagomedov snapped back at the 29-year-old: ‘You can buy them on Gucci store, but in the octagon bear will eat you.’

UFC president Dana White has repeatedly insisted McGregor will make his comeback against Ferguson, but many believe it is down to the Irishman who he fights.

That could mean McGregor overlooks Ferguson in favour of taking on Nurmagomedov.

McGregor is expected to return to MMA at some stage this year with White recently saying he hoped to see his biggest star back by the summer.

Ferguson recently underwent surgery and is not available to fight until after March. 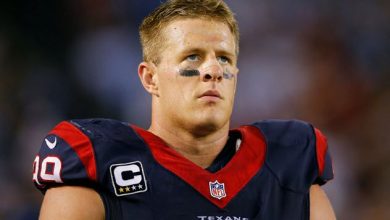 Stars finally align for Sonny Bill and Folau in midfield 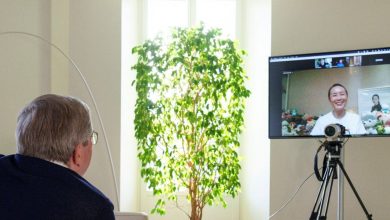