JEDDAH: Saudi police have recovered the body of a kidnapped judge after a shootout in which a policeman and a militant were killed, the Ministry of Interior said on Monday.
The ministry also disclosed the names of the terrorists involved in the kidnapping and killing of Sheikh Mohammed Abdullah Al-Jirani, a judge at the Department of Endowments and Inheritance.
At a press conference held at the Public Security Officers’ Club in Riyadh, Interior Ministry spokesman Maj. Gen Mansour Al-Turki said their investigations, along with the information they had gathered about the criminals, led the security forces to trace the Saudi national Salman bin Ali Salman Al-Faraj, 39, and his half-brother, Zaki Mohammed Salman Al-Faraj, 46. Salman Al-Faraj was among the list of 23 wanted persons announced in January 2012.
Al-Turki said the former was killed during the confrontation with the security forces, while the latter was arrested. He noted that Sgt. Khalid Mohammed Al-Samti of the security forces was shot dead in the shootout.
According to Maj. Gen. Bassam Attiya, Zaki Al-Faraj was in charge of giving religious instructions to his group. “There were several groups involved in that crime. One was to survey the location, while another group kidnapped Sheikh Al-Jirani,” Attiya said.
He added that those terrorists had members who collected money to finance their attacks.
“Others were found to spread the word on Internet sites.” Those involved in Al-Jirani case are Mohammed Husain Al-Ammar, Maythem Ali Al-Qudaihy and Ali Bilal Al-Hamad.
The Ministry of Interior has called on those who have information on the wanted persons involved in this crime to immediately contact security forces on 990.
Al-Jirani was kidnapped in front of his house in Tarout Island on Dec. 13, 2016. The remains of the late judge were found on a farm in the town of Al-Awamiya in the Kingdom’s Eastern Province.
“The quest led us to a dissolved corpse which DNA and forensic tests later proved was the body of Sheikh Al-Jirani,” Al-Turki said. He added that shots in the chest were noticed in the body.
According to Al-Turki, after kidnapping Al-Jirani, the offenders took him to a remote farming area, where his body was found buried. “They tortured him, threw him in a ditch and then opened fire at him, before burying his body to hide their atrocious crime.”
The ministry official said Saudi Arabia has long been doing its best in fighting extremism and terrorism.
“We have also been contributing to the international community to preserve peace and stability in the world. Our citizens have also become fully aware of how terrorism and extremism can affect their lives. For that reason, they do not hesitate to report any suspicious people,” he said, adding that some families had reported the absence of some of their members and feared they had left the country to join terrorist groups abroad.
He said the ministry receives tips from the citizens about terror threats, and they take all information seriously.

The post Saudi judge ‘was killed by his kidnappers’ appeared first on News Wire Now. 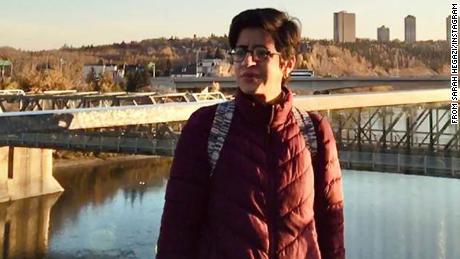