DUBAI: Saudi Arabia’s Ministry of Interior has confirmed that Saudi judge Sheikh Mohammed Al-Jirani, whose body was found in the Eastern Province's Al-Awwamia on Dec. 19, was killed by his kidnappers.
The Shiite judge was kidnapped by terrorists on Dec. 13, 2016, from his home on Tarout Island.
His body was discovered buried at a site in Al-Awwamia, which was raided by security forces last week. Kidnapper Salman Al-Faraj was killed during the raid, while Special Forces officer Khalid Al-Sameti also died during the operation.
According to the ministry, DNA results confirm that the body belongs to the judge.
The Saudi Press Agency said the judge's body had been found in the remote farming district of Al-Awwamia, but did not say when he had been killed.
The judge had been targeted several times before his kidnapping in 2016 and both his car and home were set on fire in 2011. In 2012, assailants attacked his home, but fled before police arrived on the scene.
Al-Jirani had previously condemned attacks against Saudi security forces and attacked those who seek to involve the country’s youth in protests against the state. 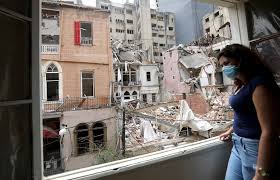