Slobbing out in front of the box after you’ve eaten your body weight in turkey, sprouts and Christmas pudding is one of the great joys of the big day itself.

But if you’re not into soaps, Doctor Who or period dramas, then the regular TV schedules can leave a lot to be desired.

Thankfully, you can always rely on good old Netflix.

If the BBC and ITV’s seasonal specials don’t take your fancy, then there are several bona fide classics guaranteed to get your belly shaking like a bowlful of jelly on Netflix.

There are two festive episodes on Netflix from the Outnumbered gang, but if you’ve only got time for one, then make it the 2009 special in which the Brockmans are recovering from a recent burglary, Grandad and friend escape from their retirement home, and Karen questions her present of a goat sponsorship.

There are also two The Royle Family Christmas specials available to stream.

But although the cartoonish antics of 2009’s The New Sofa are undoubtedly funny, they lack the nuances and naturalism that made the early series such a joy.

The 2000 Christmas episode, therefore, is the one to head straight for, as the Royles celebrate Baby David’s first birthday, get increasingly irritated by Emma’s braggadocio parents and welcome the turn-of-the-century couch potato’s ultimate gift – Sky TV.

Him & Her: The Christmas Special

The lazy antics of The Royle Family look positively energetic compared to those of Becky and Steve, aka the slovenly central couple in perhaps this decade’s most underrated sitcom.

The show in which pretty much nothing actually happens broke the mould for its 2012 festive special as Steve’s absent father makes a surprise visit.

But some things still stay the same, as the brilliantly vile Laura terrorises the house with her karaoke machine and ruins Shelly’s son’s Christmases forever.

A potty-mouthed, cross-dressing chef, an exploding giant Christmas cracker and Simply Red’s Mick Hucknall – these are the unlikely perfect ingredients for one of the most hilarious festive specials of the ’90s.

Knowing Me Knowing Yule sees Alan Partridge celebrate the festive season the only way he knows how – by sabotaging his career, humiliating himself and inadvertently causing total and utter carnage.

Finding a Christmas film the whole family will enjoy equally can be tough, but Aardman Animations haven’t earned their glowing reputation for nothing.

Offering an imaginative insight into Santa Claus’ biggest night, Arthur Christmas is a smart, heartwarming and genuinely funny festive animation that should appeal to everyone from young kids to their great grandparents alike.

But if you prefer your family-friendly viewing to be live action, then check out this heartwarming biopic of Eddie the Eagle.

An almost unrecognisable Taron Egerton dons a pair of thick-rimmed glasses to play one of the UK’s ultimate sporting underdogs in an affectionate tale that will leave you with nothing but admiration.

If you’re looking for something to keep the young kids entertained while you slave over a hot stove, then DreamWorks Holiday Classics should do the trick.

Featuring five separate animated shorts starring popular characters from Shrek, Madagascar and How To Train Your Dragon, this 2011 collection won’t give your little ones any time to get bored.

As you’d expect from its Oscar-winning success, Emma Stone and Ryan Gosling are both charm personified in this delightful throwback to the vintage musicals of Hollywood’s Golden Age.

But if you want something completely brand new, then look no further than this Netflix original, which hits the streaming service just three days before Christmas.

Bright stars Will Smith as an LAPD officer who teams up with an Orc (Joel Edgerton) in a fantastical take on the cop thriller, which Netflix reportedly paid a whopping $90m for.

Or if it’s a big-budget blockbuster suitable for kids and kids-at-heart alike you have in mind, then Star Wars: The Force Awakens should be at the front of the queue.

Restoring some pride to the franchise after the much-maligned turn-of-the-century prequels, JJ Abrams’ space opera manages to recapture the energy and excitement of the originals.

MORE: 10 things you need to watch on Netflix this December

MORE: 10 films with great soundtracks to watch on Netflix today

The post 10 things to watch on Netflix this Christmas Day appeared first on News Wire Now.

Female spin-off of Spider-Man: Into The Spider-Verse in the works and we cannot wait 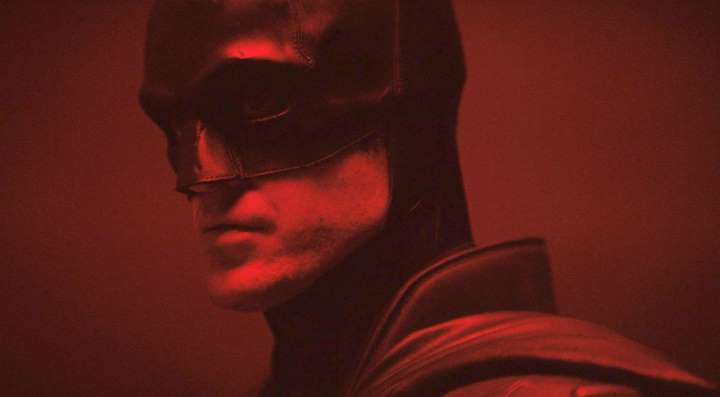