The elections gave the three pro-independence parties a slight majority in the regional Parliament, underscoring the resilience of their vote after three months of upheaval. After a record turnout of over 80%, they won 70 of the 135 seats, compared with 72 in the 2015 elections.But again they won a fraction less than half of the total votes cast (nearly 48%), slightly less than they did in 2015. The party of former Catalan President Carlos Puigdemont won 34 seats — even though he has been in self-imposed exile in Belgium since October. Puigdemont described the vote as a slap in the face for Spanish Prime Minister Mariano Rajoy."We have won this election in exceptional circumstances, with candidates in prison, with the government in exile and without having the same resources as the state," Puigdemont said in Brussels.And he issued a challenge to Prime Minister Mariano Rajoy: a meeting without preconditions somewhere in Europe to resolve the crisis. 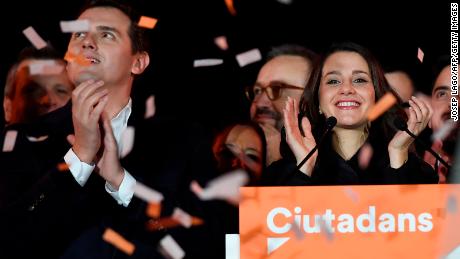 Rajoy wasn't taking the bait. In remarks in Madrid Friday, he said the vote showed that Catalonia was deeply divided. And he pointed out that a pro-union party, Ciudadanos (Citizens), known in Catalonia as Ciutadans, had outpolled every other party. It became the largest in the Catalan parliament, with 37 seats.The trouble for Rajoy is that his own Popular Party was hammered — losing eight of its 11 seats in the Parliament. His goal of lancing the boil of the Catalan separatist movement through these elections has backfired. Party spokesman Rafael Hernando said only that the government and Senate in Madrid remained the most solid guarantee against the forces of independence. Related: Spain's Rajoy rejects ex-Catalan leader's call to meetThe result suggests further uncertainty in a region that accounts for a quarter of Spain's gross domestic product, and possibly months of haggling over the formation of a regional government, with seven parties represented in the Parliament. The pro-independence parties are not exactly a coherent bloc, and if they fail to form a government by April next year there would be yet another election. 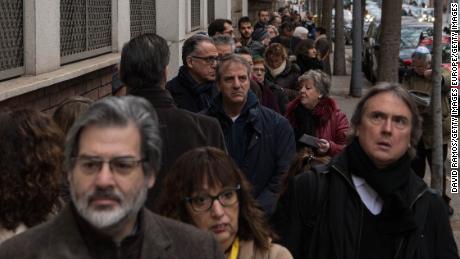 Forming a majority will be complicated by the fact that several of those elected are either in detention or self-imposed exile. In effect, Rajoy's attempt to resolve the crisis through new elections has only cemented the status quo. But the pro-independence parties will probably think twice before trying an encore in declaring Catalonia's separation from Spain, given the sequence of events that was triggered in October. Additionally, the most radical of the pro-independence parties, the Popular Unity Candidacy (CUP), did very poorly and in winning less than half the popular vote they lack a mandate to declare independence. The upheaval — the worst constitutional crisis in Spain's four decades as a democracy — began with the Catalan government holding a referendum on the region's future on October 1, despite it being declared illegal by Spain's Constitutional Court. The vote was marred by violence, with the Civil Guard sent in by Madrid to try to prevent voting. Despite a boycott by most pro-union voters, the separatist parties used the result to push the declaration of independence through Parliament. That led Madrid to dissolve the Catalan government, arrest leading pro-independence politicians and call fresh elections.The turmoil has had a chilling effect on Catalonia's economy, Foreign investment fell by 75% in the third quarter of this year compared to a year ago. Two of Spain's largest banks — Caixa and Sabadell — decided to move their headquarters out of Catalonia — as did some 3,000 other companies. The latest result, and the uncertainty that lies ahead, won't have them hurrying back to Catalonia. 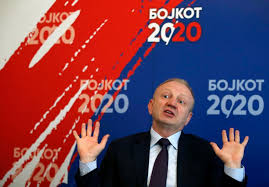 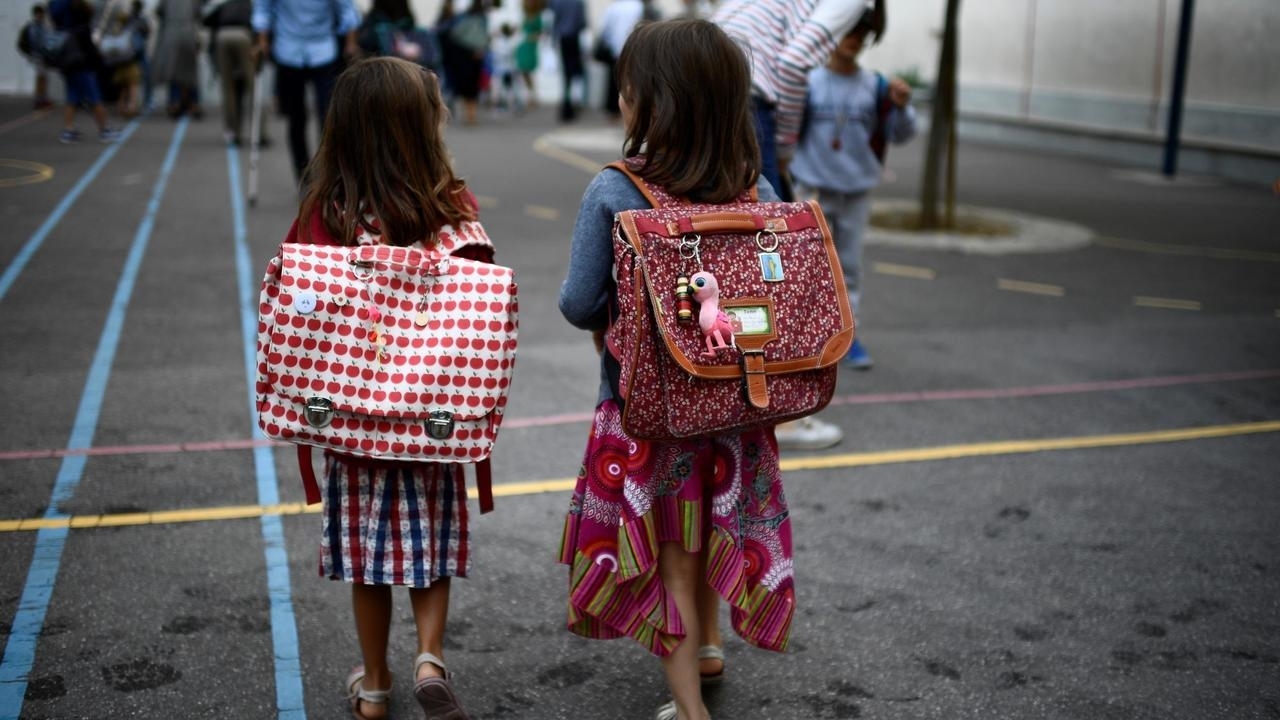