In the ad, Delevingne channels Michelle Pfeiffer in Scarface as she walks down the city streets in a sexy, sparkling red dress with wavy platinum blonde hair, her signature dark, thick eyebrows and the Holiday-inspired Maine constellation crystal heels by Jimmy Choo.

As Delevingne continues down the streets, men and women stop, stare, and comment on her glittering Jimmy Choo boots.

Though consumers have seemed to love the ad campaign, Teen Vogueclaims the catcalling-like comments on Delevingne’s Jimmy Choo shoes is “obviously sexist.”

Cara has been an activist for mental health, women and LGBTQ rights over the course of her career and participating and something that many feel is so obviously sexist is confusing. At this point, she has yet to comment about the campaign and the reaction that followed.

The “many” people supposedly outraged by the Jimmy Choo ad appeared to be mainly a handful of feminists on Twitter.

Perhaps now is not the best moment to run an ad about how cool and sexy catcalling is? https://t.co/8TK9huRHLL

when will they learn? this is so tired and cliche to begin with. as someone in comms and women's rights and interested in shoes, im disappointed on many fronts.

Since Teen Vogue and the feminist outrage over the ad, Jimmy Choo removed the commercial from its Youtube page, though the images and clips of Delevingne from the ad remain on the brand’s Instagram.

Emmerdale spoilers: Will Joseph Tate be shot tonight as he is attacked with a gun? 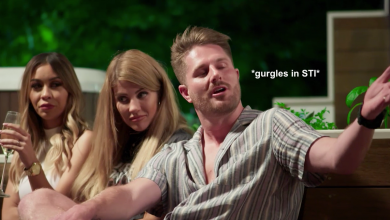 MAFS 2021 Episode 28 recap: Bryce snaps as evidence against him grows, and a dynamite Dinner Party could see more than one couple crumble