The Austrian far-right Freedom Party (FPO) will work to rescind anti-Russian sanctions as part of the new government, its leader, Heinz-Christian Strache, said. He added that ending the sanctions would benefit the whole of Europe.

Strache listed the lifting of the sanctions the EU imposed against Russia among other goals his party would like to achieve as part of the newly formed Austrian government, adding that it would defend its position at the EU level as well. “Yes, we would like these sanctions to be lifted,” he said, speaking to journalists at a joint press conference with the future Chancellor, leader of the conservative Austrian People’s Party (OVP), Sebastian Kurz.

Strache said he would seek allies among other European political forces to secure a majority support for lifting the sanctions. He admitted, however, that should such a majority fail to coalesce, his party would follow “the common European position as required under the principle of democracy.”

Kurz, on the other hand, said that even with the FPO in government, Austria’s policy on the anti-Russian sanctions would not change.

The FPO officially joined Austria’s new coalition government on Friday after it struck an agreement with the OVP following its resounding success in the recent parliamentary elections in October. It came third with 26 percent of the vote, less than one percentage point behind the second-placed Social Democrats. 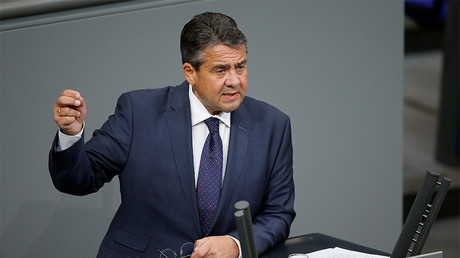 The FPO, which returned to government after more than a decade's absence, is known for its hardline anti-immigrant stance that helped it to gain public support amid a massive inflow of refugees fleeing war and persecution to the Alpine nation in the recent years.

However, the FPO and its leader also repeatedly expressed their discontent with the EU sanctions policy towards Russia and called for the lifting of sanctions. Back in 2015, Strache drew attention to the fact that the Austrian economy suffered losses amounting to about €1 billion just over a year since the initial EU sanctions were imposed.

“It is not Russia that has been an aggressor over the recent decades,” he said at that time, as cited by Die Presse. It was not Russia that expanded its “sphere of influence” to the EU borders, he added, implying that it was NATO that crept closer the Russian borders.

Strache as well as other FPO members repeatedly visited Moscow in recent years. In December 2016, the FPO signed a memorandum of understanding with the ruling Russian party, United Russia.

What’s next for Sweden? Why today is crucial for the country’s political future