By Daniel Bates For Dailymail.com

Bill and Hillary Clinton forced the Secret Service to undermine itself by 'systematically destroying' the rules that were put in place for their protection, a former officer who guarded them claims.

In his new book, New York Times best-selling author Gary Byrne writes that the Secret Service was nearly undone by serving the Clintons with 'blind loyalty' which they took advantage of for their own gain.

Agents were allegedly forced to collude with the Clintons in the 'Chinagate' campaign finance scandal in 1996 by ignoring the contents of brown paper bags brought into the White House by Chinese officials.

The problem was compounded by Secret Service leadership mistakenly thinking that the Clintons were 'invincible,' Byrne writes.

'The view from the front lines, however, was that something, somehow, was bound to ensnare them. It was simply a matter of the right scandal,' he writes.

Byrne served in federal law enforcement for nearly 30 years first in the Air Force Security Police, then in the Uniformed Division of the Secret Service where he guarded the Clintons.

His book, Secrets of the Secret Service: The History and Uncertain Future of the US Secret Service, which is out next month, paints a picture of an agency in crisis which could be a danger to President Trump. 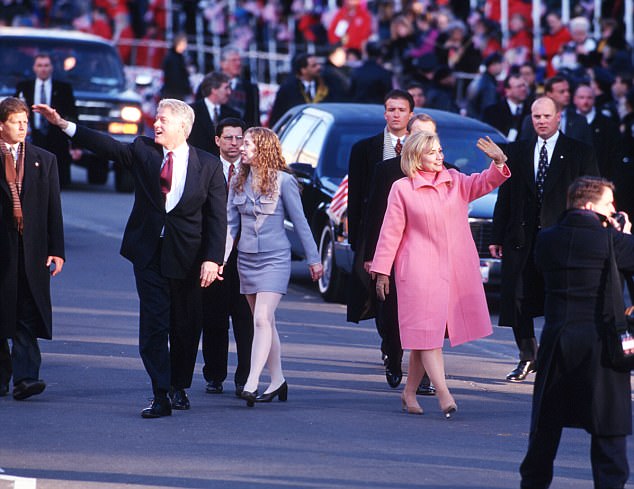 Working for the Clintons: The Secret Service served the Clintons (pictured on Inauguration Day) with 'blind loyalty' which the presidential couple took advantage of for their own gain, a former officer has revealed 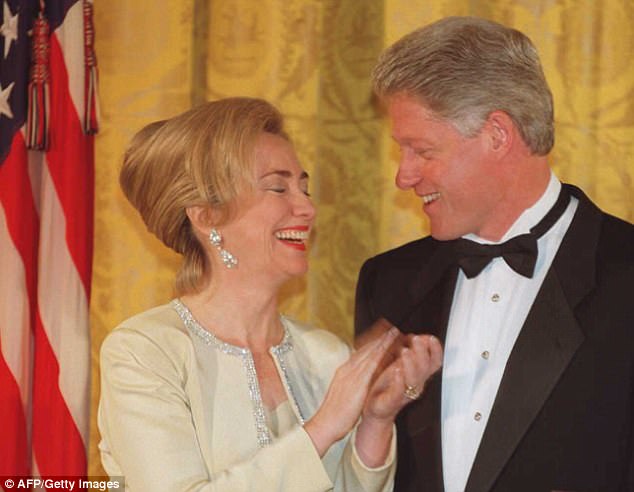 The 'invincible' Clintons: Byrne previously reported that Hillary was so demanding that she drove many Secret Service agents to drugs and alcohol

Byrne writes that the problems date back to the 1990s when the Clintons were in the White House.

The rot started because they would 'continually seek to systematically destroy the protocols that ensure protection', putting the Secret Service in an impossible positions.

Byrne writes that 'the agency had decided to err on the slide of blind loyalty and that was nearly its undoing'.

Referring to the Secret Service responsibility for investigating money counterfeiting, Byrne writes: 'How can a law enforcement agency maintain its integrity, say in policing counterfeiting, while admittedly having compromised integrity in the area of protection?'

For a while Secret Service did a 'good job' of keeping itself out of the various investigations into the Clintons such as the Whitewater controversy, a scandal in which the couple was investigated over their failed business venture, Byrne says.

But it was impossible to do so with Chinagate, where the Chinese government allegedly used shell companies to donate to Democrats to buy access for Chinese goods to be imported to the US. 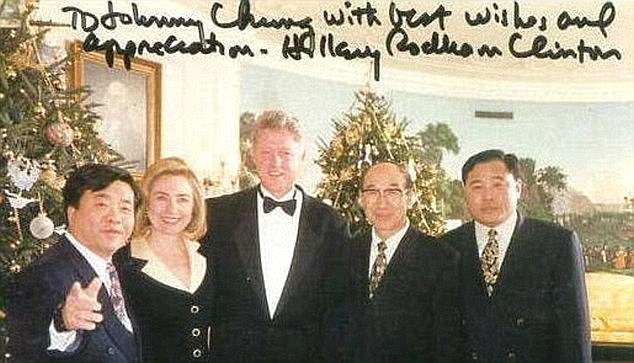 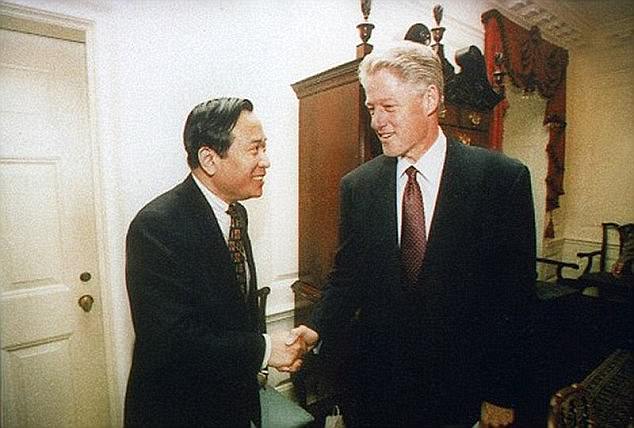 The Secret Service 'knowingly allowed Chinese generals, disguised in civilian clothing, to meet administration personnel at the White House and logged them as 'business guests' at the administration's request so as to avoid transparency'.

The agency also 'willfully ignored the contents of the generals' paper bags brought to those meetings'.

The Clinton White House would later be accused of accepting bribes but with no papertrail it was very difficult to prove it.

Byrne's previous book, Crisis of Character, was just as damning about the Clintons and claimed that Hillary was so demanding that she drove many Secret Service agents to drugs and alcohol.

Hillary once threw a Bible at an agent on her detail and hit him on the back of the head, Byrne claimed. She also once gave Bill a black eye during a fight, he writes in the book.

In recent years the Secret Service has been battered by scandals of its own doing that have raised grave questions over its competence.

In 2008 an employee caused an 'immense' security breach when they left computer backup tapes on a train in Washington, D.C. 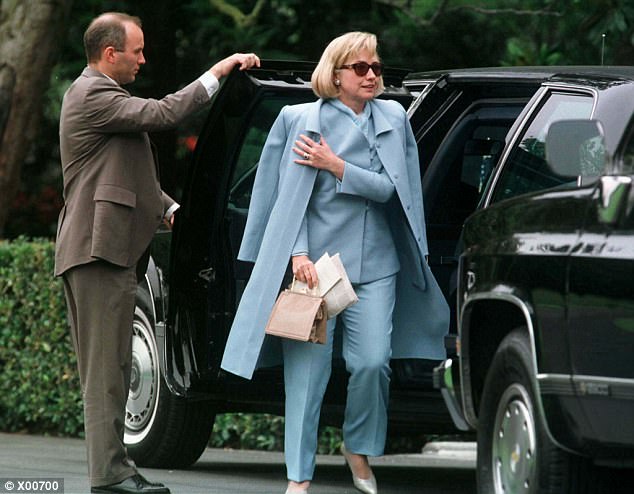 Byrne also claims Hillary once threw a Bible at an agent on her detail and hit him on the back of the head. She also allegedly once gave Bill a black eye during a fight

The scandal only came to light four years later in 2012.

That same year 12 agents were put under investigation for using prostitutes in Cartegena, Colombia, on the eve of President Barack Obama's official visit – in the very hotel where he was staying. 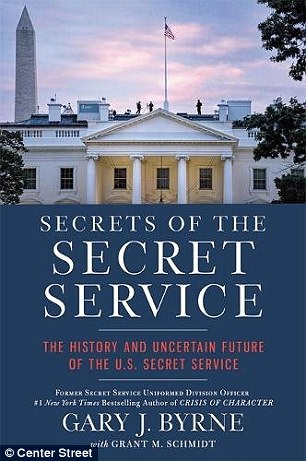 Eight quit their posts while the others were cleared of 'serious misconduct', prompting the President to brand them 'knuckleheads'.

Amid the fallout, former Secret Service agents and commentators agreed that it was the worst scandal to hit the organisation in decades.

Last year an intruder roamed the grounds of the White House for 15 minutes even though the alarms were going off – because the Secret Service could not find him.

And in a separate bungle two Secret Service agents including a top member of the President's personal detail drove a car into White House security barricades after drinking at a late night party.

In January a senior Secret Service agent in Denver wrote on Facebook that she wouldn't 'take a bullet' for President Trump.

Kerry O'Grady, the special agent in charge of the Secret Service's Denver district, said that the then President-elect was a 'disaster'.

The post Secret Service undermined itself under the Clintons appeared first on News Wire Now.