By Amie Gordon For Mailonline

Four Iraqi citizens have won hundreds of thousands of pounds in damages against the Ministry of Defence over ill-treatment and unlawful detention during the Iraq War.

At the High Court today Mr Justice Leggatt ruled the four men were entitled to compensation under the Human Rights Act, with one being awarded more than £30,000.

More than 600 Iraqis had alleged they suffered at the hands of British armed forces who were part of the Coalition forces in Iraq between 2003 and 2009, but their claims were thrown out by the courts in 2016.

But lawyers warned after today's ruling that the four test cases could now mean the MoD faces paying out millions of pounds in compensation to more than 600 unresolved claims. 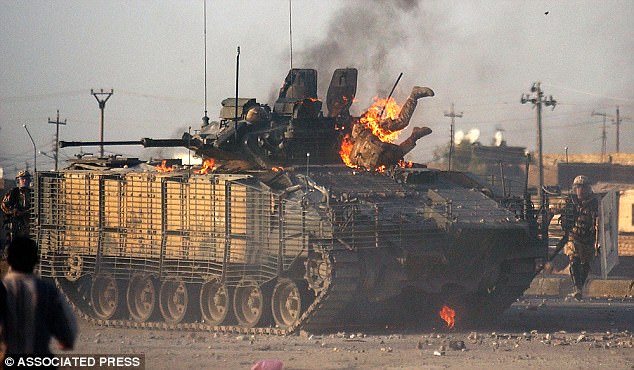 Lawyers said after the ruling that the result of the four test cases could form the basis of settlement of more than 600 unresolved claims in what is known as the Iraqi Civilian Litigation. Pictured, British soldiers in Basra in 2005

MoD COULD PAY OUT MILLIONS MORE

More than 600 Iraqis who claimed to have suffered launched their claims for compensation in 2013 – years after the event.

Lawyers said after the ruling that the result of the four test cases could form the basis of settlement of more than 600 unresolved claims in what is known as the Iraqi Civilian Litigation.

The claims were launched in England against the Ministry of Defence after they were prevented from proceeding in Iraq itself, where the coalition armed forces enjoy immunity from legal action.

The claims were given the go-ahead by the High Court in London but were blocked by the Court of Appeal because of a time bar imposed under Iraqi law – a decision which was upheld by Supreme Court justices in 2016.

In the case of Kamil Najim Alseran, who was captured at his home at the end of March 2003 during the advance on Basra by British forces, the judge awarded £10,000 for ill-treatment following his capture, and £2,700 for 27 days of unlawful detention.

Abd Al-Waheed, who was arrested in a house raid carried out by British soldiers in Basra city in February 2007, was awarded a total of £33,300.

He was further compensated £3,300 for unlawful detention for 33 days.

The judge awarded damages to two other claimants, who can only be referred to as MRE and KSU for legal reasons.

When the war began, the men were serving on a merchant ship moored in the Khawr az Zubayr waterway north of Umm Qasr.

In March 2003, their ship was boarded by coalition forces and the four crew members, including MRE and KSU, were captured.

Mr Justice Leggatt awarded damages to KSU totalling £10,600 for the hooding and the same period of unlawful detention. 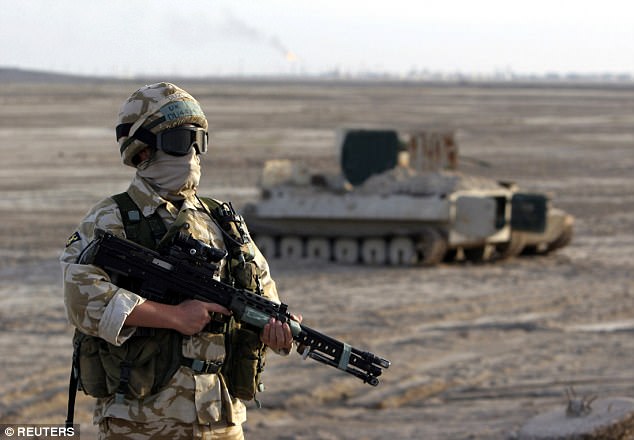 Four Iraqi citizens have won High Court damages against the Ministry of Defence arising out of their ill-treatment and unlawful detention during the Iraq War. Pictured are UK soldiers in Basra in 2006

In 2015, then-Secretary of Defence Michael Fallon criticised 'ambulance-chasing law firms' as taxpayers have had to foot a £150million bill for legal fees in cases brought by people claiming human rights breaches in Iraq and Afghanistan.

But today Mr Justice Leggatt announced his conclusions after overseeing two High Court trials during which Iraqi citizens gave evidence in an English courtroom for the first time.

The judge said: 'This judgment follows the first full trials of these claims in which the claimants themselves and other witnesses have testified in an English courtroom.

'Four cases have been tried as lead cases.

'There is no assumption that these four cases are representative of others, but the conclusions reached on the legal issues and some of the factual issues raised are likely to affect many of the remaining cases in the litigation.' 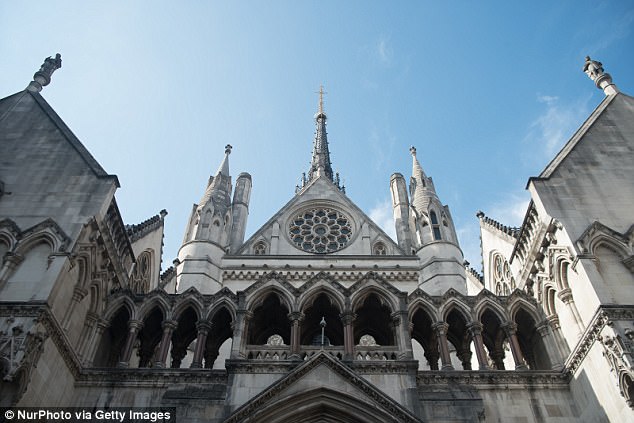 Mr Justice Leggatt ruled that they were entitled to compensation under the Human Rights Act, with one of the men being awarded more than £30,000 at the High Court

'We note the Court's ruling that these four detainees were not treated as they should have been, and are studying the judgment.'

The spokesman said the MoD has not yet decided whether to appeal any of the court's conclusions.

It added no service personnel or veterans have been interviewed or charged in relation to the incidents. 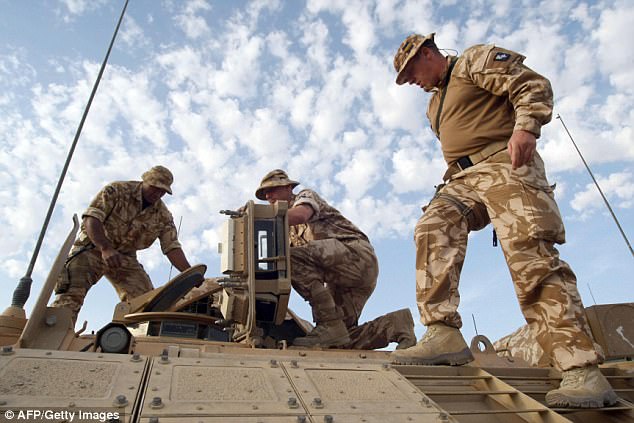 Former Secretary of Defence Michael Fallon criticised 'ambulance-chasing law firms' as taxpayers have had to foot a £150million bill for legal fees in cases brought by people claiming human rights breaches in Iraq and Afghanistan. Pictured, troops in Basra in 2008

Sapna Malik, a partner in the international claims team at Leigh Day, who represented Mr Alseran and Mr Al-Waheed, said: 'These trials took place against an onslaught of political, military and media slurs of Iraqis bringing spurious claims, and strident criticism of us, as lawyers, representing them.

'Yet we have just witnessed the rule of law in action. Our clients are grateful that the judge approached their claims without any preconception or presumption that allegations of misconduct by British soldiers are inherently unlikely to be true.

'Our clients' evidence has been tested at length in court and the Ministry of Defence has been found wanting.

'It is vital that those wronged by the UK Government, whether in this country or overseas, are able to seek justice and redress. Their ability to do so in our courts is not a witch-hunt but a testament to the strength of our democracy.'

Shubhaa Srinivasan, also a partner at Leigh Day, who represented MRE and KSU, said: 'The decision sends a clear message that no-one, including the British Government, should be above the law.'