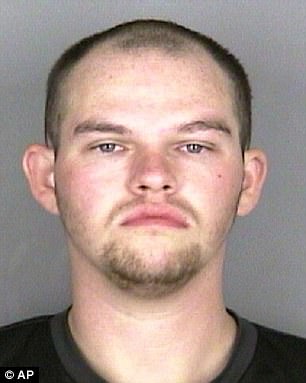 Suspect: Christopher Hahn-Collins, 25, of Oregon, was arrested on kidnapping charges after the woman he allegedly had been holding hostage mouthed 'help me' to strangers

A convicted sex offender accused of kidnapping a woman and her child has been arrested after authorities say he took the mother to a store in Oregon and she mouthed the words 'help me' to several shoppers.

Christopher Hahn-Collins, 25, of Salem, made his first appearance at Marion County Circuit Court on Monday afternoon.

The Marion County Sheriff’s Office said that Hahn-Collins had broken into the woman’s home on Friday afternoon, and when she and her child returned there, he held them at knifepoint overnight and into Saturday.

The unidentified woman convinced Hahn-Collins to take her to the Dick's Sporting Goods store on Lancaster Drive in Salem, where she was rescued by deputies who had been summoned to the scene by several customers and staff who saw the victim mouthing 'help me.'

Detectives say Hahn-Collins and the victims didn’t know each other previously. 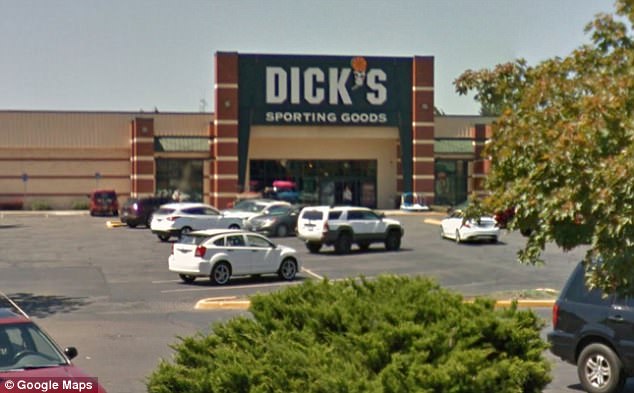 Hahn-Collins was busted inside this Dick's Sporting Goods store in Salem, where authorities say his victim had convinced him to take her on Saturday afternoon 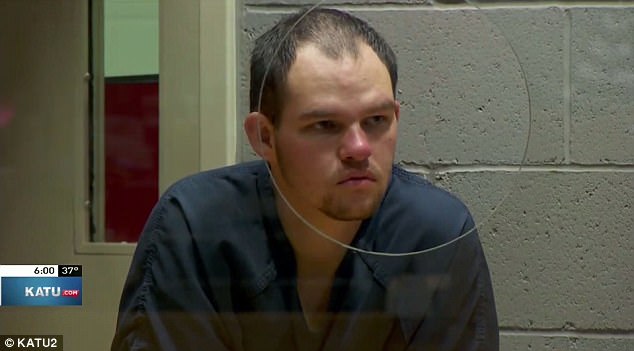 In an interview with KGW, Sheriff's Lt Chris Baldridge commended the kidnapping victim for keeping the suspect calm.

Hanh-Collins was charged with burglary, kidnapping, menacing, unlawful possession of a weapon, giving false information to police and a parole violation stemming from a sex abuse conviction.

The station KATU2 has learned that the 25-year-old suspect was found guilty of first-degree sexual abuse and strangulation in 2011, and was sentenced to more than six years in prison, but was granted early release in September of this year after receiving credit for time served in the county jail, reported Fox12.

Within days of his release, Hahn-Collins got in trouble after refusing to stay at a local mission, which earned him four days in the county jail.

Upon his release, he was ordered to move into a halfway house, but again he refused and served another eight days in jail for violation the conditions of his parole. 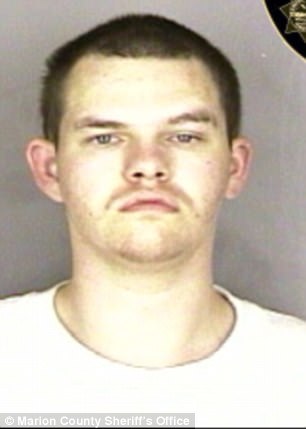 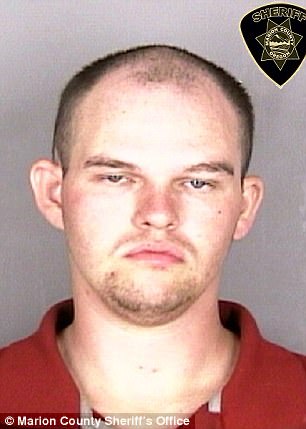 Violent past: The 25-year-old suspect (pictured in earlier mugshots) was found guilty of first-degree sexual abuse and strangulation in 2011, and was sentenced to more than six years in prison

Hahn-Collins was back behind bars in early November, this time for 12 days, for the same offense.

On November 27, Hahn-Collins was supposed to check in with his parole officer but failed to show up. As a result, a warrant was issued for his arrest the next day.

Hahn-Collins is due back in court in the kidnapping case on December 20. 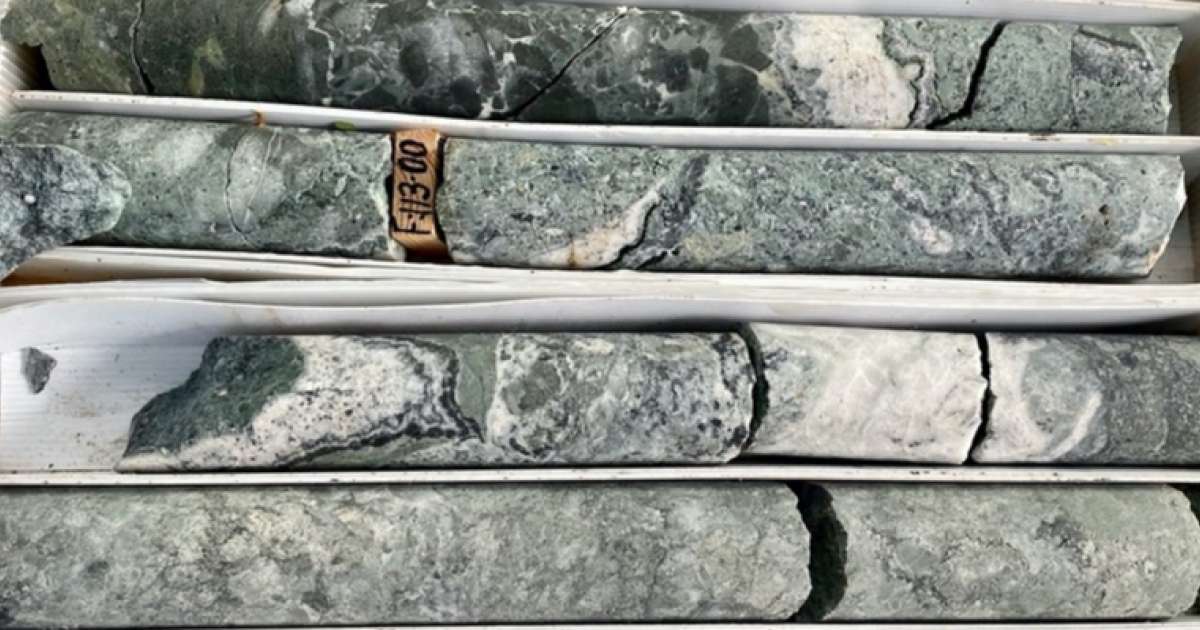