A Georgia man who went viral after his profanity-laced tirade against a sentencing judge has pleaded guilty but mentally ill to murdering his cellmate.

Denver Fenton Allen, 33, will serve a life sentence without the possibility of parole, the Rome News-Tribune reported.

Allen had tried to argue that he killed his cellmate, Stephen Rudolph Nalley, in self defense. 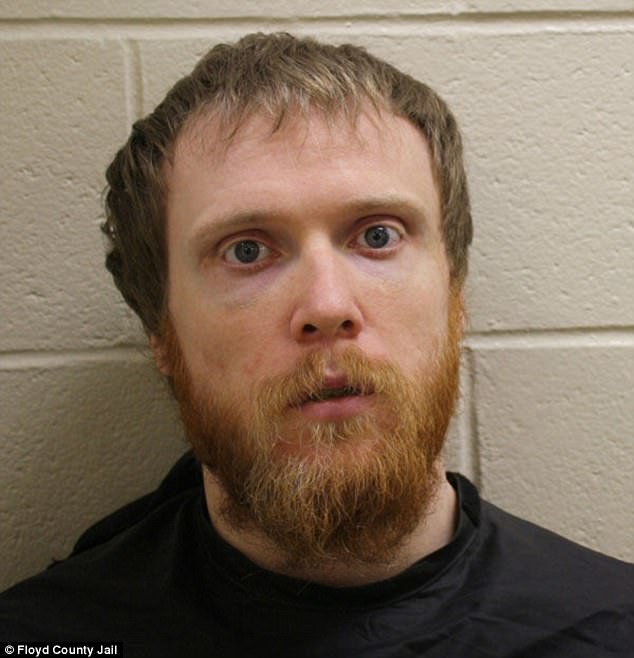 Denver Fenton Allen, 33, has pleaded guilty but mentally ill in the murder of his cellmate. He has been sentenced to life in jail without the possibility of parole 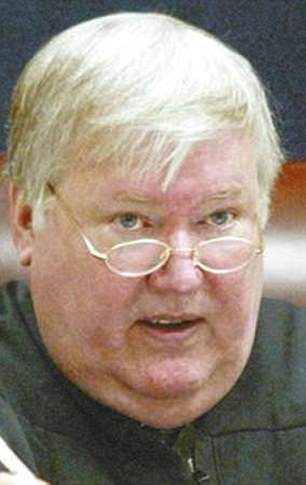 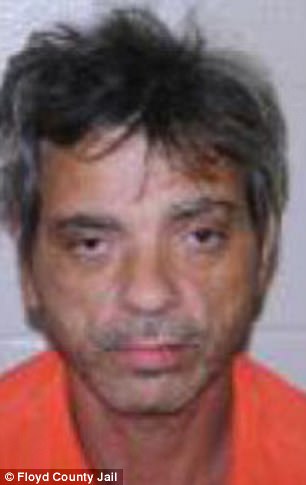 At right is Stephen Rudolph Nalley, the cellmate who Allen killed. At left is Judge Bryant Durham, with whom Allen exchanged a wildly vulgar set of words in a courtroom last year

The prosecution had argued that Allen used the murder as a means to bolster his reputation in jail.

He had only been an inmate in Floyd County Hail for five days before the murder.

A state hospital previously found that Allen suffered from schizophrenia.

Allen is perhaps most known for an exchange he had with Superior Court Judge Bryant Durham made public in June 2016.

At one point, Durham said: 'I’m finding you in contempt of court.'

Durham: 'I know you don’t. And I sentence you to 20 days for that. And if you say anything else, I’m going to add 20 days for everything you say.'

Durham came under fire himself for at one point telling Allen: 'You know, you look like a queer.'

He later apologized and recused himself from the case.

The infamous exchange was even spoofed on the television series Rick and Morty.

The entire exchange can be seen on IMGUR. 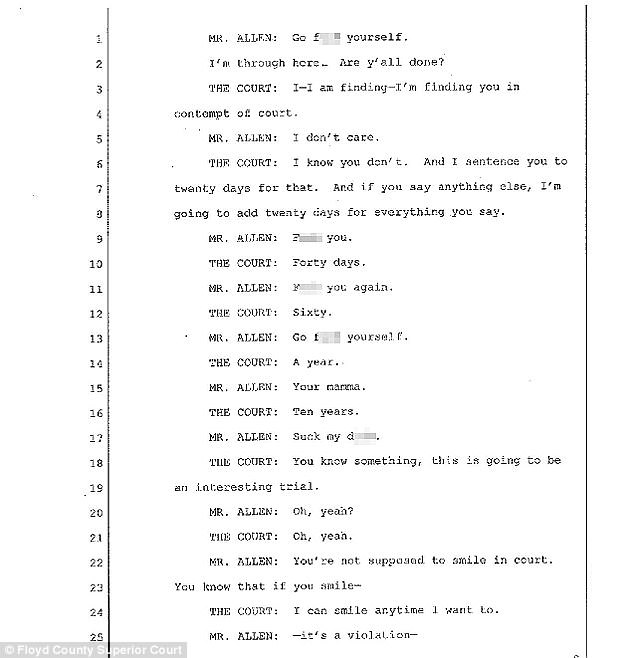 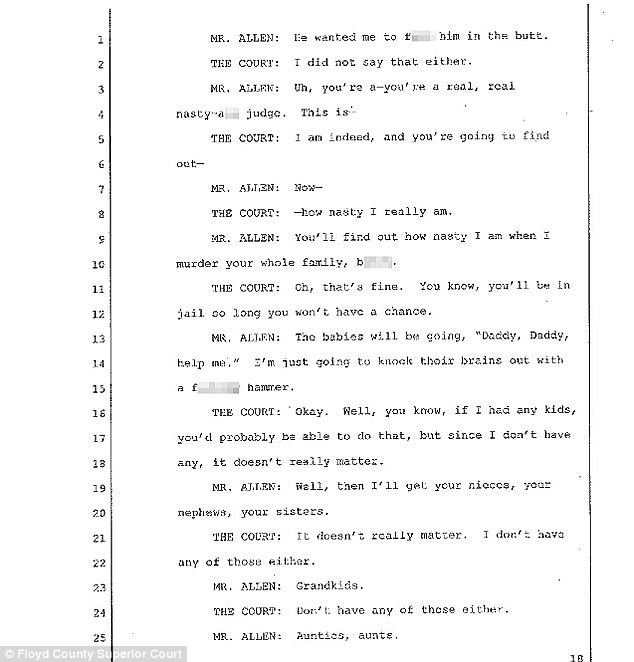 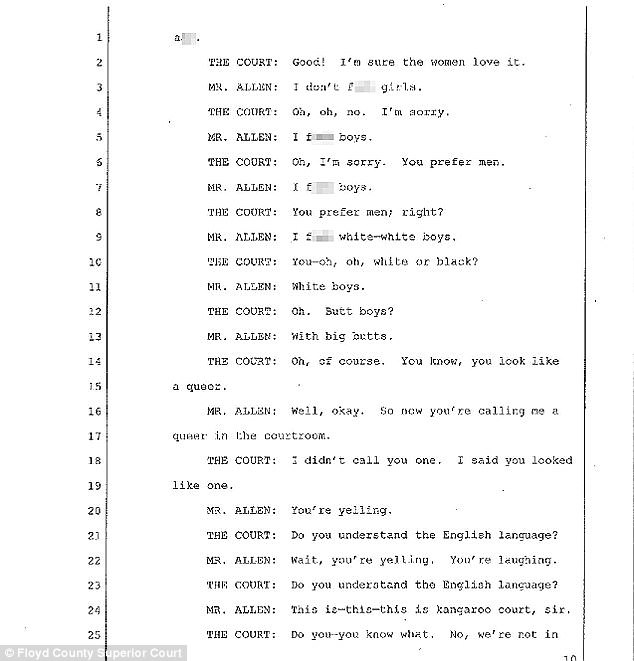 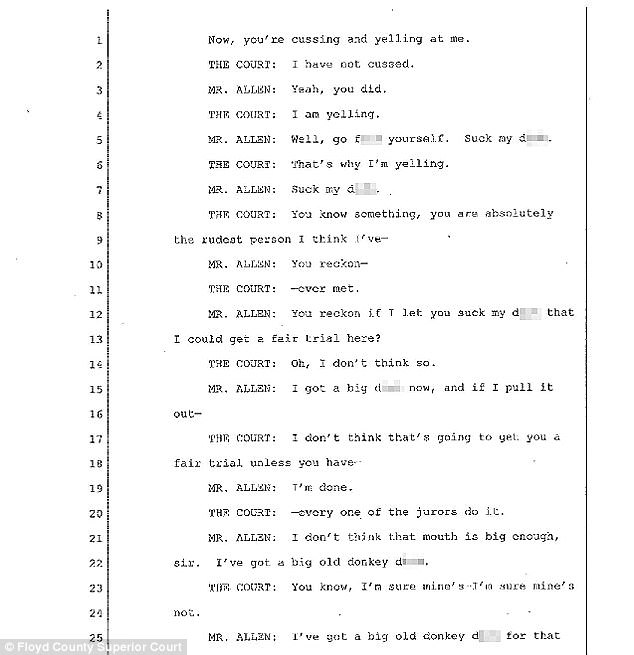 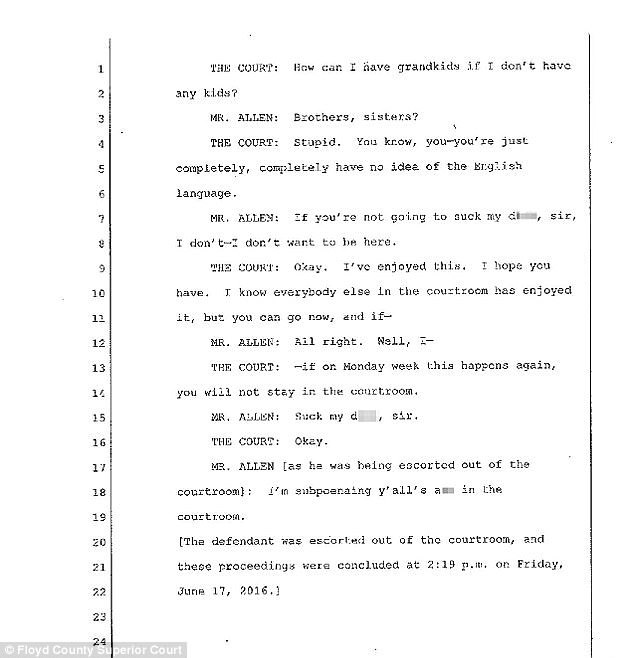 Dont yolk with us, this hen has laid a cracking big egg

Beware: Drought and heat have forced more snakes to move into backyards

There’s a million volunteering roles, all you’ve got to do is pick one