Dozens of schools will be shut for a third consecutive day – as the country prepares for a “rollercoaster” of temperatures over the weekend.

Temperatures dropped as low as minus 13C (8.6F) in Shawbury, Shropshire, on Monday night – but the mercury only fell to around minus 1.9C (29F) at its lowest on Tuesday evening, again near the English-Welsh border.

The Met Office has issued a yellow weather warning for ice covering nearly the entire country – with the exception of London, the South East and South West – which is in force until 11am on Wednesday. 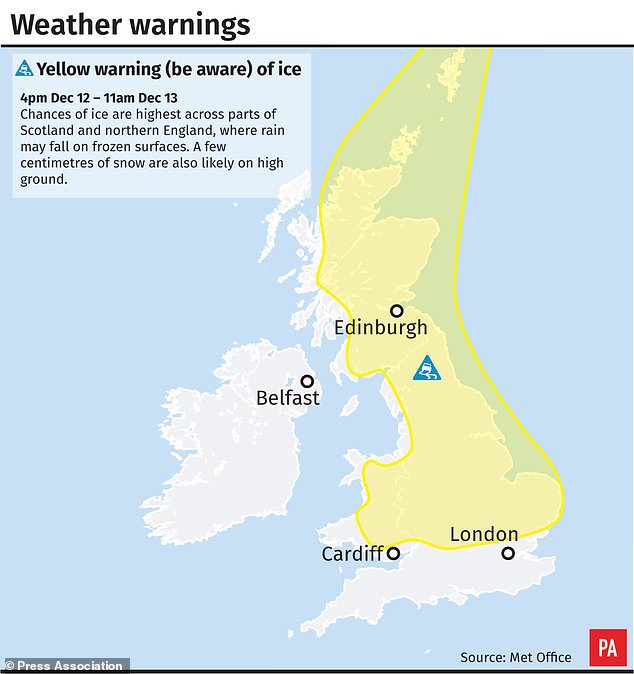 Scores of primary and secondary schools cancelled lessons on Monday and Tuesday owing to the weather – citing concerns about untreated roads and problems with staff making their way into work – and 26 will be closed in Herefordshire, 14 in Shropshire, 10 in Worcestershire and at least 24 across Wales on Wednesday.

For Wednesday, forecasters said temperatures should be higher after a comparatively milder night, with lows of 0.2C (32F) recorded in Kew Gardens and -0.3C (31F) in High Beach, north east of London.

Craig Snell, a forecaster at the Met Office said: “It’s still a cold start in places, especially in the Midlands and into Wales.

“On the ground, temperatures have reached near freezing so there is scope for ice patches, with the exception across the far south of England where temperatures are hovering around 8C (46F) or 9C (48F).

Mr Snell added that wintry showers were possible across the North West of England and further afield in the afternoon – with a cooler night expected going into Thursday. 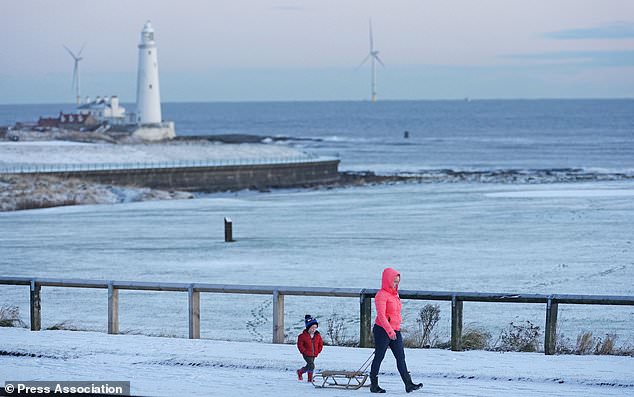 Snow on the coast at Whitley Bay, Tyne and Wear (Owen Humphreys/PA)

“We could start to see some sleet and snow, even on lower levels in Northern Ireland and western Scotland for the evening rush hour.

“All in all, today it will be a blustery, showery day across the country, with showers turning increasingly wintry the further north and west you are in the country.”

However, the cold weather is expected to return over the weekend – although lows such as those seen on Monday look unlikely to be reached. 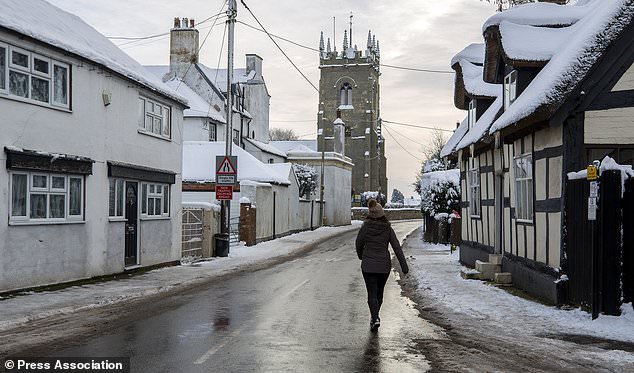 “It’s a bit of a rollercoaster on the temperatures over the next four or five days.

“We’re not likely to see the -13C of the other night but we could see temperatures potentially at -7C (19F) in a few spots, but generally remaining cold but not as cold as we started the week.”

Air and rail services – which were disrupted earlier this week by the weather – appear to be returning back to normal, with the Eurotunnel running on time and flights operating as normal out of Heathrow.

The post Cold eases but some schools shut ahead of… appeared first on News Wire Now.

Austria blows up tonnes of explosives from both world wars

Austria braced for Spring storms from the Baltics