By Tom Bassam For Mailonline

Eden Hazard and Willian were the stars of the show as Chelsea cruised to a 3-1 win at Huddersfield and they continued to have fun after the final whistle.

Goals from Pedro, Willian and Tiemoue Bakayoko ensured Chelsea returned to London with a routine win. Laurent Depoitre's late consolation was the only bum note of an otherwise satisfying away day.

While Willian scored once and laid on two assists, but it was Hazard who got the official man of the match award. 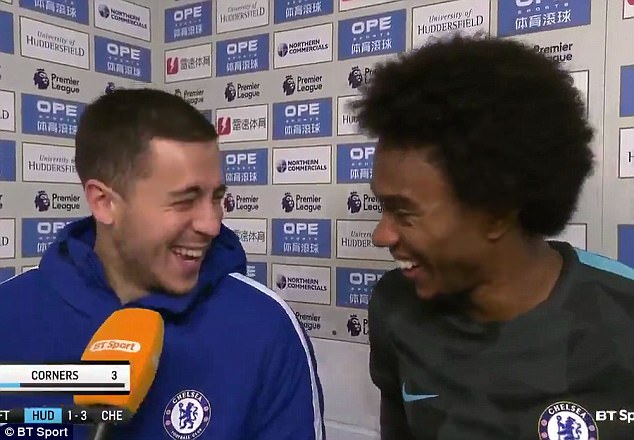 In their post-match TV interview, Chelsea starts Eden Hazard and Willian were in fits of giggles 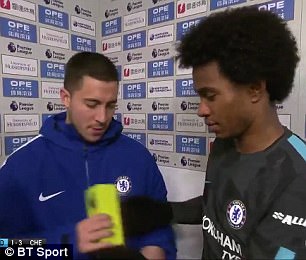 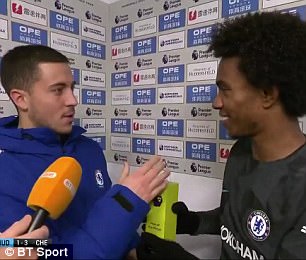 In a lighthearted TV appearance on BT Sport, where Willian was brought in to present the prize, the two were in constant fits of giggles.

At the end of the interview Willian was asked to hand over the award but Hazard clearly did not agree with the official decision. 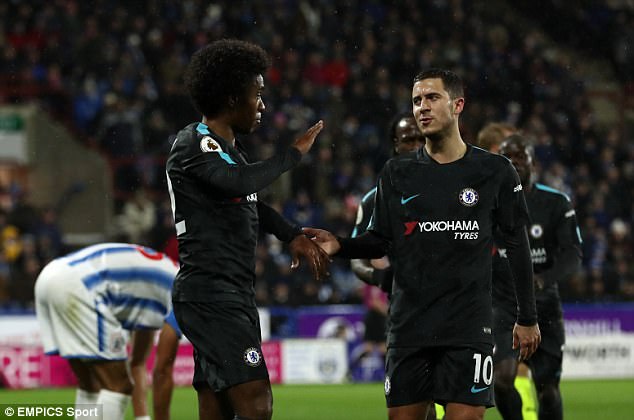 When Willian was told to hand Hazard the prize, the Belgian pretended to be upset and insisted that it went to his team-mate instead.

'No, no, here you go my friend. This is yours, you deserve it,' Hazard said.

The Belgian then grabbed the totem and presented it to Willian before they shook hands and disappeared off back to the Chelsea dressing room.

The post Chelsea's Eden Hazard and Willian have a laugh on TV appeared first on News Wire Now.

Protect your babies: Health authority warns of a whooping cough outbreak in region

Nearly 40 per cent of farm jobs disappear in Basin