By Ben Church For Mailonline

The pair posed together for a picture at the club's training ground with their half a dozen awards dotted around them.

The Golden Shoe is awarded to the season's top league scorer in Europe and the prolific partnership have plenty of goals between them. 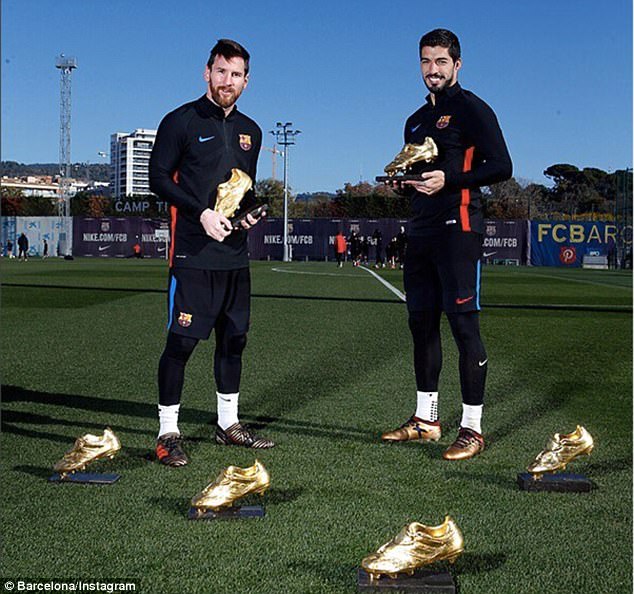 The photo will form the front cover of Barcelona's new magazine and celebrates the joint success of their strikers.

Lionel Messi leads the way, as always, with his four trophies while Suarez chips in with his two.

The trophies in the picture are no replicas either, the pair brought the real boots in from their own homes. 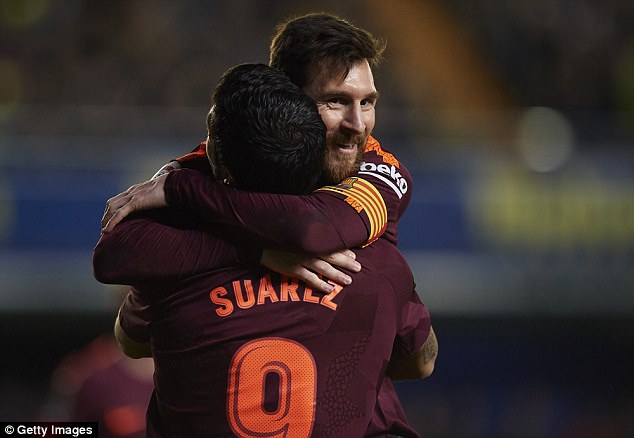 The Argentine shares the record for the most Golden Shoes with his arch-rival Cristiano Ronaldo.

However, the Spanish club cannot take all the credit for the impressive collection with Suarez picking up one of his trophies while at Liverpool in the 2013-14 season, scoring 31 goals.

Neither top the rankings this season though with Messi closest to leader Edinson Cavani (17) with 14 goals.

Suarez appears to be way off his best and has only scored seven goals in La Liga so far this season.