By Christine Rendon For Dailymail.com and Lily Waddell For Mailonline

And Iskra Lawrence was clearly having the time of her life as she spent some quality girl time with her friends on the beach and at the shops.

The Aerie model, 27, rocked a pair of grey leggings that clung to her physique as she hit the beach with her friends before trying on a festive pair of red and white pajamas. 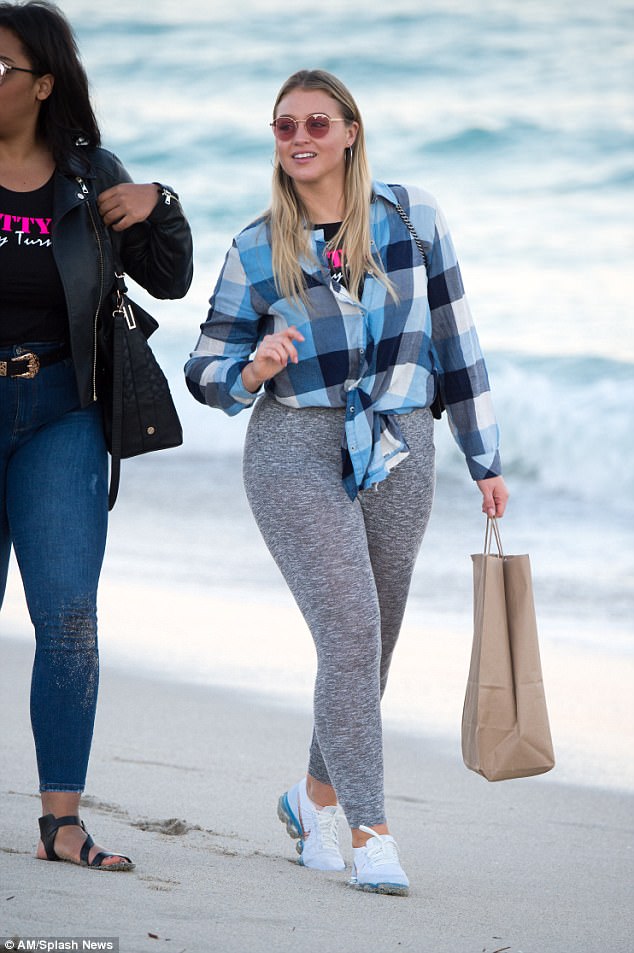 Life's a beach! Iskra Lawrence was clearly having the time of her life as she spent some quality girl time with her friends shopping around and on the beach

Pajama party! Iskra hit the beach with her friends before trying on a festive pair of red and white pajamas

Iskra and the girls all wore a black T-shirt in honor of the birthday girl that declared in bold font, 'Fatty's B'Day Turn Up.'

Strolling beside the waves with her pals, the cheerful star soaked in the sea breeze before posing up a storm beside a lifeguard tower.

The model flashed a huge smile as she struck a playful pose while sitting on the brightly painted tower.

Aside from hitting the beach with her pals, Iskra and her friends also rocked matching red and white striped pajamas. 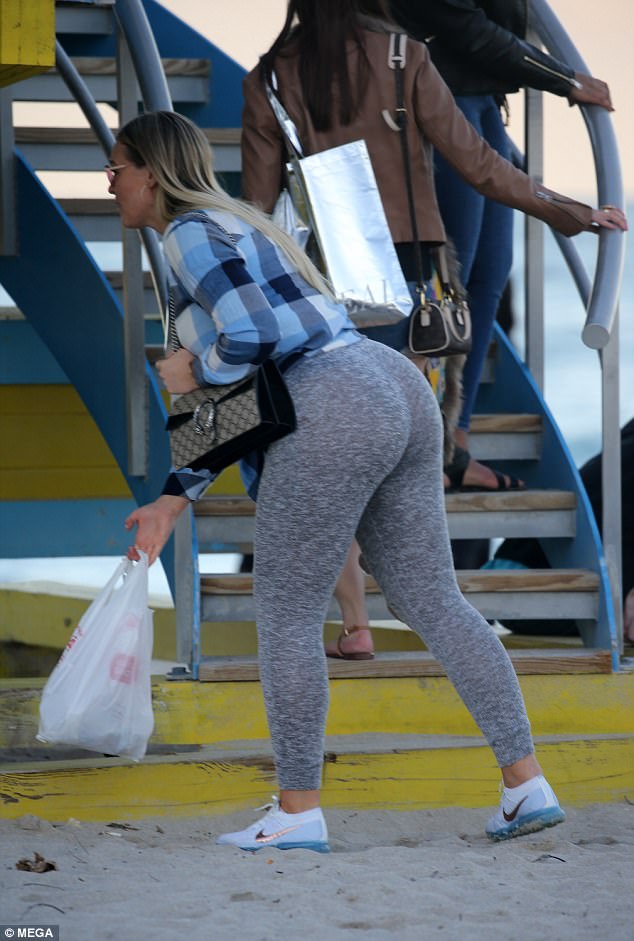 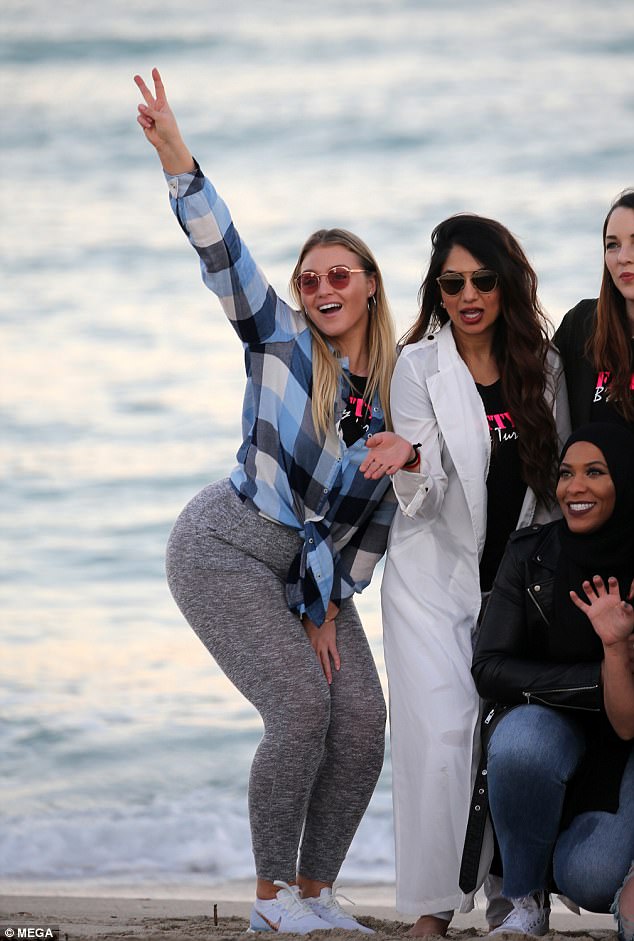 Peace out! The 27-year-old flashed a peace sign as she celebrated her gal pal's birthday 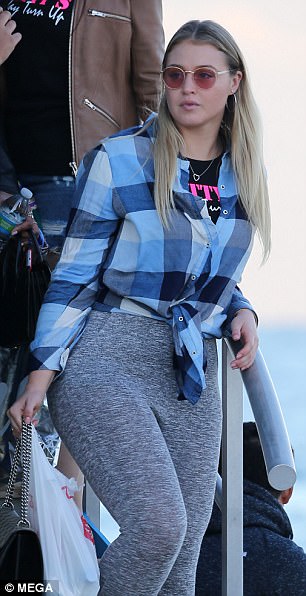 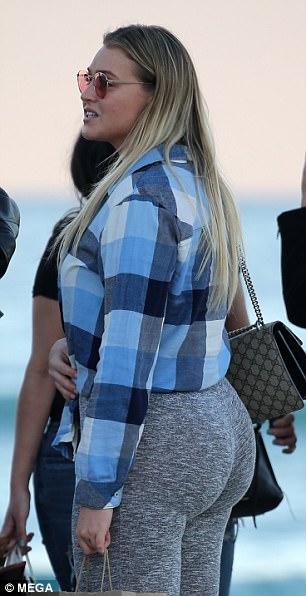 Pretty in plaid! Lawrence rocked a blue plaid shirt that knotted at her waist

The model laughed and smiled as she tried on the comfortable pajamas with all her pals in tow.

From the red carpet to modelling for Aerie, Iskra's schedule has been jam-packed with glamorous events as of late.

She also joined forces with Aly Raisman to talk about body positivity and self-love at Aerie in Miami that same day. 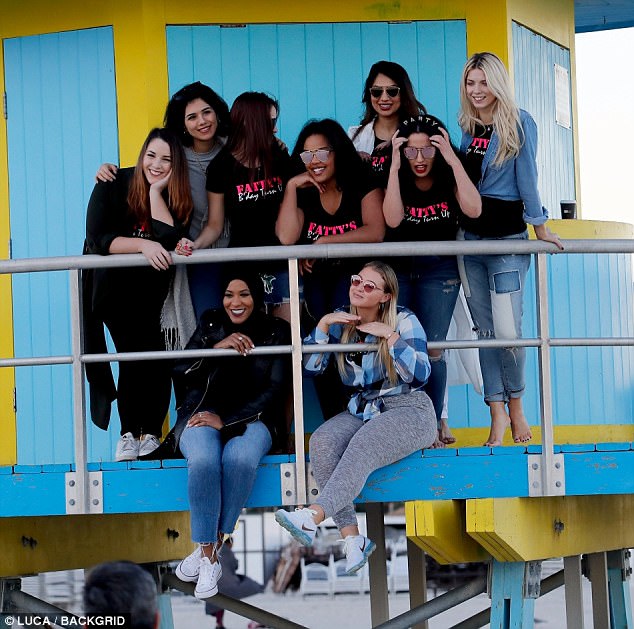 Just the girls! Iskra kicked back on the lifeguard tower beside her friends

Hitting her stride! The star stepped out in a comfortable and sporty pair of trainers 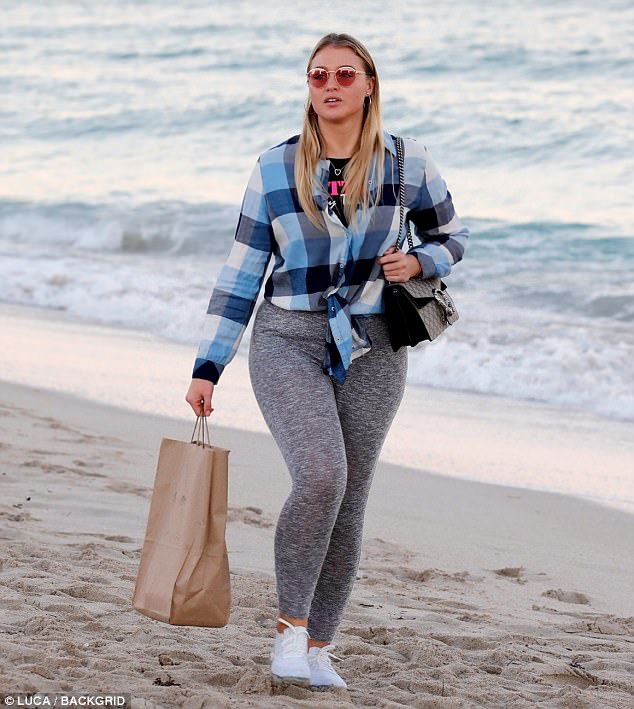 Beach girl: The model soaked in the sea air as she strolled by the ocean with a shopping bag in hand

The golden-haired beauty refuses to label herself a plus size model and she previously protested against the lack of diversity during London Fashion Week.

It is no wonder she has secured so many high-profile invites after she forged a successful modelling career with the aim to change the industry's perceptions on beauty and size.

Iskra has courted the attention of her legion of loyal fans on Instagram with her body confidence and positivity.

She recently described on social media how 'imperfectly' is 'perfect' because 'real is good enough' as she continues to craft a positive body image for her followers. 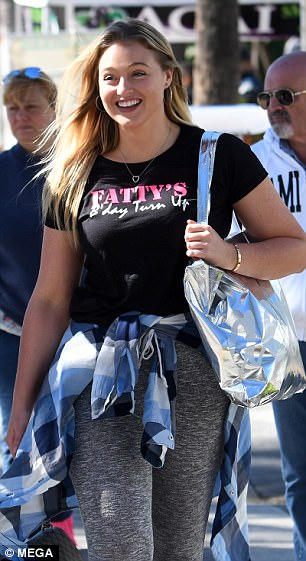 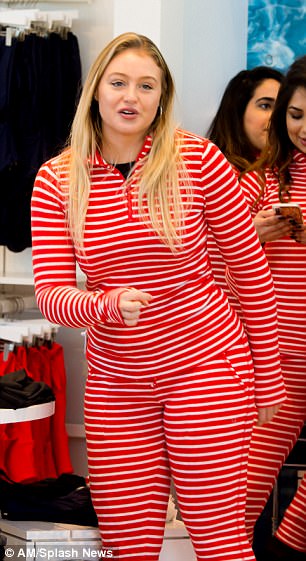 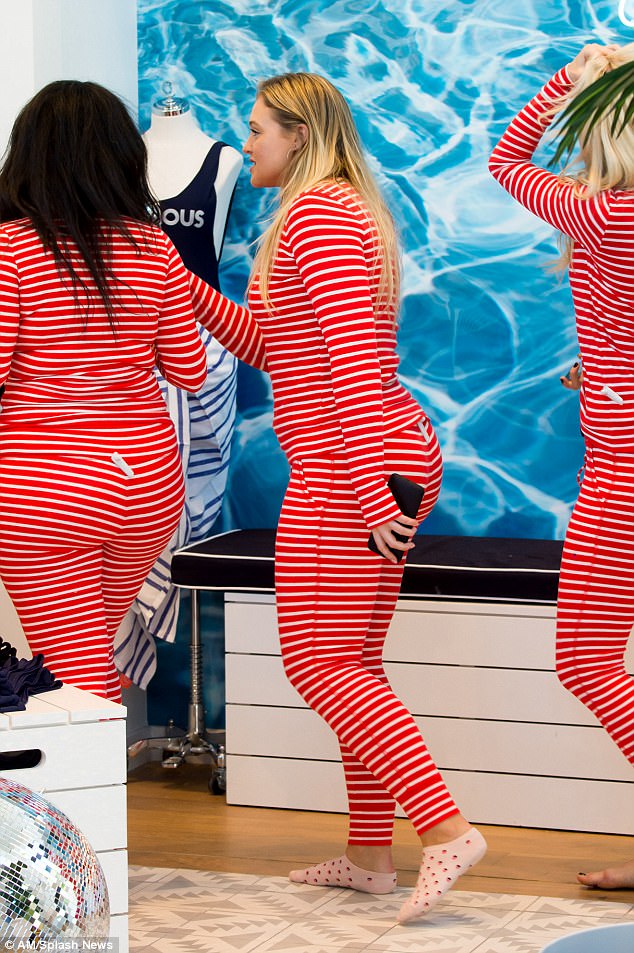 Earning her fashion stripes! Iskra padded around the shop in her socks and striped pajamas 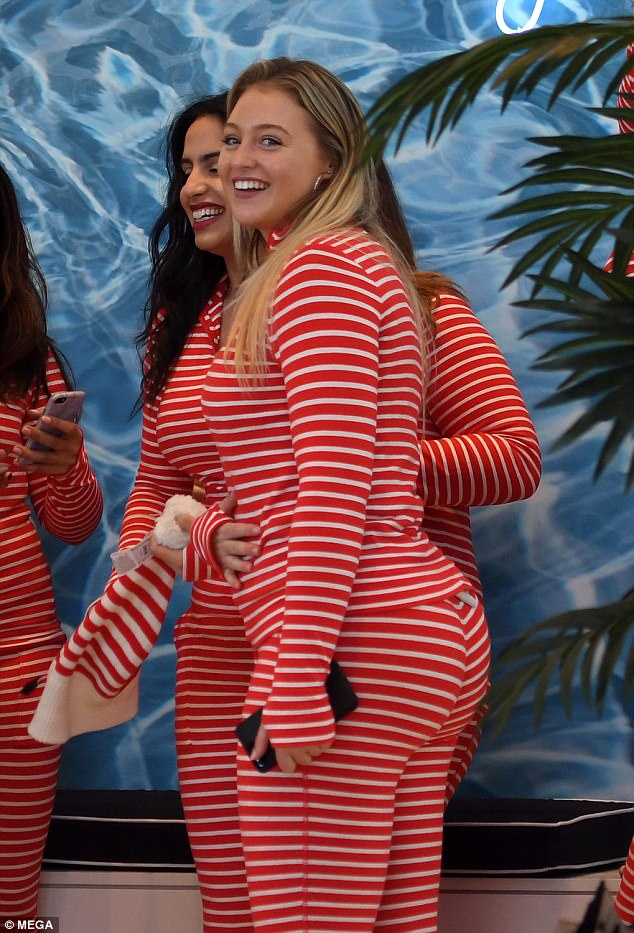 Sending a message: The star has courted the attention of her legion of loyal fans on Instagram with her body confidence and positivity

Central West to share in $4.1B Snowy scheme sale windfall